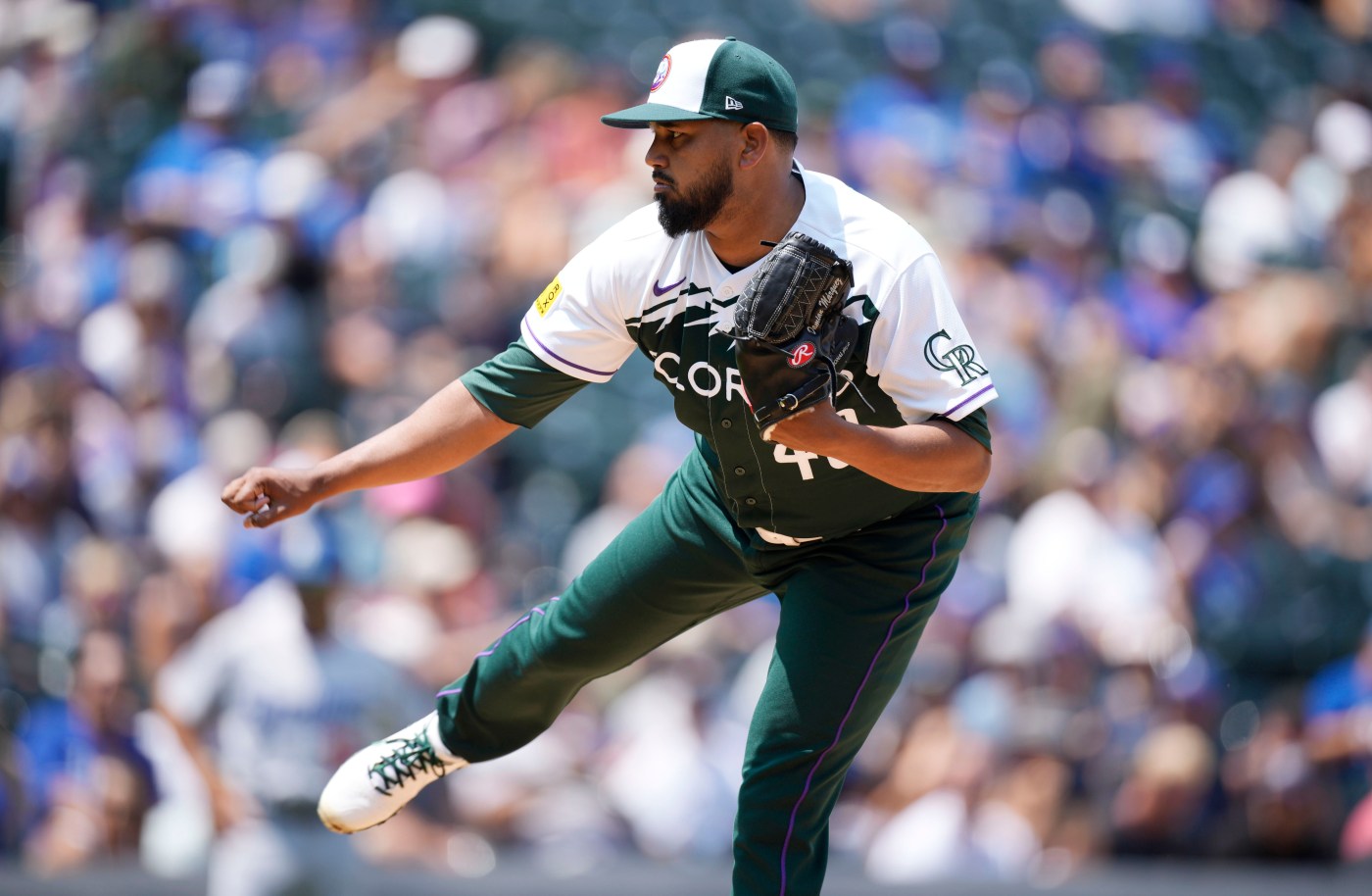 When the Rockies bring their A-game, as they did in their 5-3 victory Saturday night, they can hang with the Dodgers.

But if the Rockies are a tad off their game, as they were Sunday afternoon at Coors Field, the gulf between the two teams looks like the Grand Canyon.

The Dodgers — led by outfielder James Outman, who finished a triple short of hitting for the cycle in his major league debut — hammered the Rockies, 7-3, to take three out of four games in the series.

A quick update on the recent history of the two teams illustrates the chasm. Since 2019, the Dodgers are 43-18 against the Rockies, with a 22-12 record at Coors Field and a 21-6 mark at Dodger Stadium.

With right-hander German Marquez on the mound, the Rockies were hopeful of a victory, but Dodgers’ right-hander Tony Gonsolin pitched just a bit better. More to the point, Los Angeles’ offense was more productive than Colorado’s. The Rockies had eight hits, the Dodgers had 12.

Colorado was limited to one big inning — its three-run third. Rookie catcher Brian Serven led off with a homer to left off Gonsolin. Then Jose Iglesias was hit by a pitch, Kris Bryant walked and Brendan Rodgers rolled an infield single up the third-base line to load the bases. Randal Grichuk delivered a two-run single to give the Rockies a short-lived 3-2 lead.

Bryant, who’s been dealing with plantar fasciitis in his left foot, started the game in left field but was moving slowly and was removed after the fifth inning.

Gonsolin, who entered the game 11-1 with a 2.26 ERA, was charged with three runs on five hits over five innings.

Marquez had a decent outing, but he was hurt by some poor defense.

The right-hander was charged with five runs (four earned) over six innings. The Dodgers tagged him for six hits, including a two two-run homer in the third by Outman in his first big-league plate appearance. On the third pitch major league pitch he saw,  Outman roped Marquez’s 1-1 sinker into the left-field seats.

In the fourth, the Dodgers benefitted from second baseman Brendan Rodgers’ miscue. Marquez gave up a one-out walk to Jake Lamb and Gavin Lux hit a tailor-made double-play grounder to Rodgers. But Rodgers muffed the play and had to settle for throwing out Lux at first. Instead of the inning being over, Marquez walked Max Muncy and Cody Bellinger ripped an RBI double to right field, scoring Lamb. When Randal Grichuk misplayed the ball, Muncy came around to score an unearned run to give L.A. a 4-3 lead.

Los Angeles extended its lead to 5-3 in the sixth with a leadoff double by Lamb, who scored on Muncy’s sacrifice fly to right. In the seventh, Outman led off with a single off Robert Stephenson and scored and Freddie Freeman’s double. In the eighth, Outman’s RBI double to right off of Jake Bird scored Lux, who opened the inning with a walk.

The Rockies are 11 games under .500 (46-57) as Tuesday’s trade deadline approaches. Monday, they begin a four-day, five-game series at San Diego, that includes a doubleheader on Tuesday.