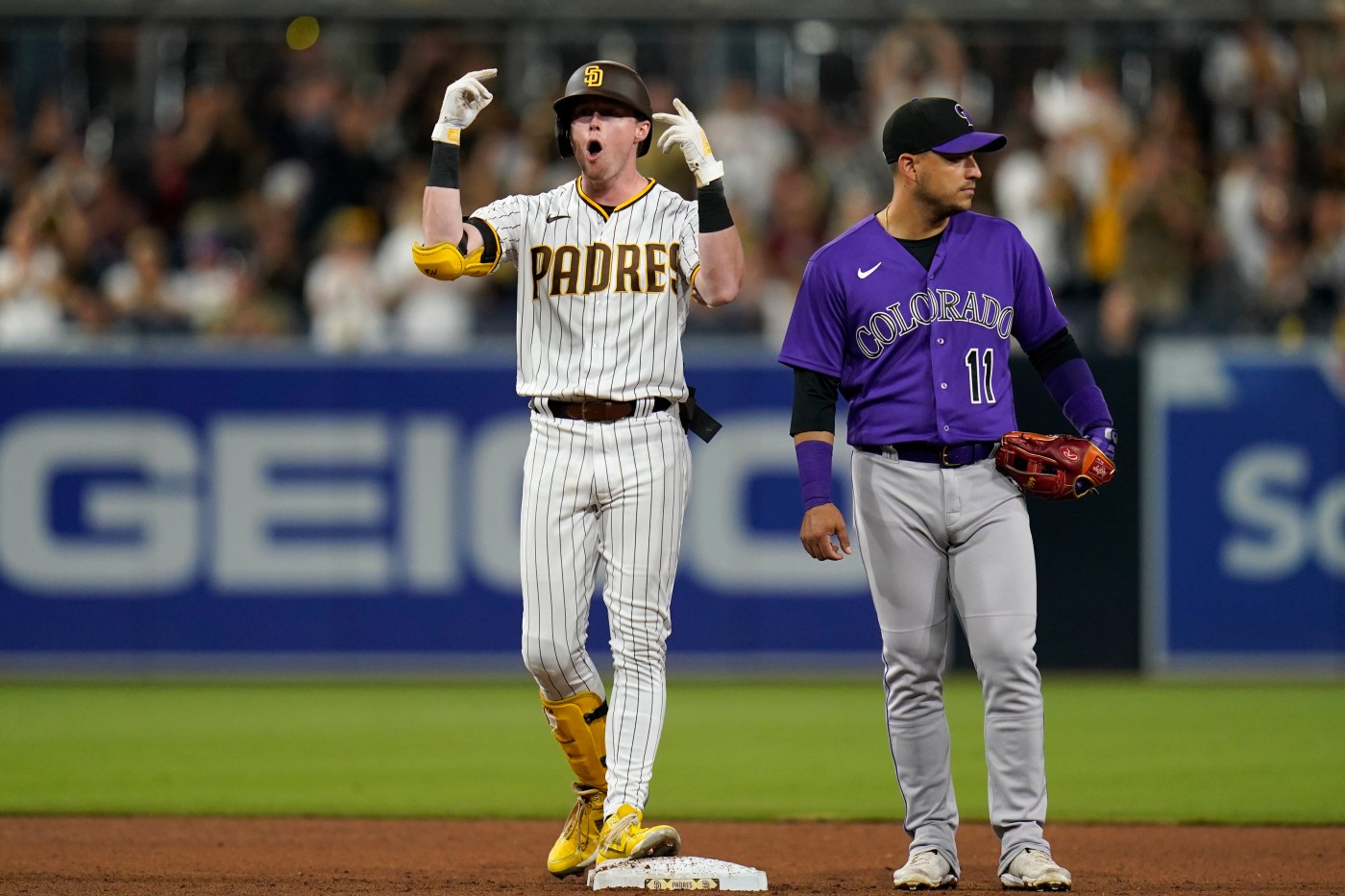 SAN DIEGO — Prior to Friday night’s game at Petco Park, manager Bud Black talked about momentum. Specifically, how the momentum of starting pitching can get a team back on track.

Black was talking about his own Rockies, who had just won a rare road series by taking two of three games at San Francisco. But Friday night, Big Mo showed up as Padres right-hander Joe Musgrove, who’s pitching like a Cy Young Award candidate.

“Joe’s got a complete arsenal. He’s a true four-pitch guy and a competitor,” said Rockies outfielder and first baseman Connor Joe, who saw his 35-game on-base streak end with an 0-for-4 night.

“He can throw any pitch, at any time, for a strike,” Joe continued.

Musgrove has a 1.50 ERA through 11 starts and has allowed two or fewer earned runs, and pitched at least six innings in all of his starts. He’s nearly matching Jake Peavy’s start in 2007, the year Peavy won the National League Cy Young Award in Black’s first season as the Padres’ manager. Through his first 11 starts that season, Peavy had a 1.47 ERA.

“He’s a guy that’s locked in, especially with his secondary pitches,” Black said of Musgrave. “He used the fastball effectively in counts, to certain hitters, that tonight we couldn’t solve. And I assume the rest of the league hasn’t solved him, based on video that I’ve seen recently, and just statistically.”

Right-hander Chad Kuhl, attempting to give the Rockies their fourth consecutive quality start — on a night when it had to have it just to stay in the game — was not up to the challenge. The streaking Padres battered him for five runs on eight hits in 4 1/3 innings.

Kuhl struck out just one, walked a season-high five batters, and needed 96 pitches to get through his abbreviated outing.

“It was one of those games where they didn’t expand the (strike zone) too much and my execution wasn’t good at all,” Kuhl said. “That led to a lot of hard-hit balls. My pitches just didn’t quite have the finish they needed. The only pitch I was really good at tonight was the changeup. But the execution of my pitches has been better, and it has to be better.”

Added Black: “Chad wasn’t around the zone enough to make them wary of balls just off the plate. His slider looked, to me, like bigger misses than normal and the curveball really didn’t come into play. But the fastball was crisp.”

By the end of the game, the Padres had banged out 14 hits, getting five of them off lefty reliever Ty Blach, who was charged with four runs in 2 2/3 innings.

San Diego, now one game behind the Dodgers in the National League West, improved to 36-22, tying the 1998 club for the best start through 58 games in franchise history. The 1998 Padres advanced to the World Series.

The Rockies, mired in last place in the NL West since May 10, have lost 22 of their last 31 games.

The only inning in which the Rockies threatened Musgrove was the fourth. C.J. Cron led off with a single and would have scored on Jose Iglesias’ blast to left, except that the ball hopped the wall for a ground-rule double, forcing Cron to stop at third. Musgrove induced Randal Grichuk to ground out to short to end the inning.

The Padres essentially put the game to rest with their two-run second inning. A single by Normar Mazara, an RBI double by Trent Grisham and an RBI single by Austin Nola hinted that Kuhl didn’t have his best stuff.

Manny Machado’s solo homer in the third, a screaming line drive to left, confirmed it. It was Machado’s 10 homer of the season, prompting the lively Petco Park crowd to chant “MVP! MVP!” Machado, who went 2-for-4, is hitting .232.

The two teams play a scheduled, split doubleheader on Saturday at Petco Park.