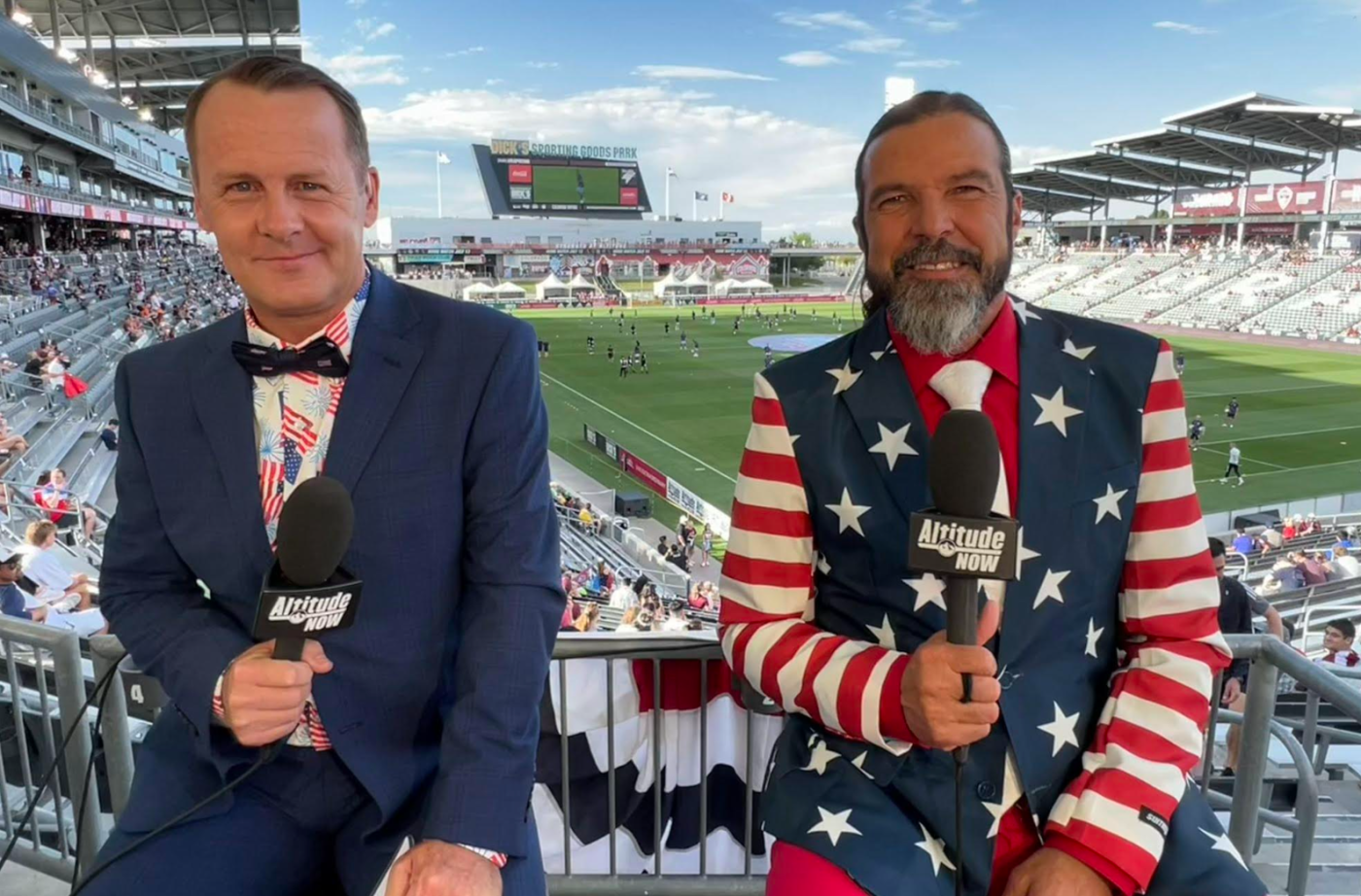 Richard Fleming has never been a fan of the American broadcasting colloquialism “the voice of the Colorado Rapids”.

He’ll admit, he’s rather British about it.

“That’s for others to decide. It’s a label I’ve never given myself, and while I’m honored and humbled, maybe even slightly embarrassed by it, I just do a job,” the Altitude TV broadcaster told The Post.

Ahead of Wednesday’s final home broadcast on Altitude at 8 p.m. between the Rapids and San Jose Earthquakes (the DSGP finale Oct. 1 is a national broadcast), Fleming reflected on his 10-season stint in the booth. After the season ends, Major League Soccer will begin a 10-year, $250-million per-year deal with Apple TV without local blackouts or restrictions.

The other side of the coin? The end of an era for local broadcasts.

Most of Fleming’s iconic calls came with analyst and Rapids great Marcelo Balboa by his side. No matter the team’s record, their broadcast style has made Fleming and Balboa one of the most recognizable pairs in North American soccer. The two are so aware of their quirks that even breathing patterns serve as signals for the other to pick up a line. It’s a major reason why they rarely cut across each other.

“The depth of understanding — that seamless transition has been by listening to each other in our headphones for 10 years; a synchronicity,” Fleming said. “I’m honored to work alongside (Balboa).”

For Rapids fans, they are the sound of summer and fall. At a team event in July a teenager grabbed a photo with Fleming and told him, “I’ve grown up listening to you.”

“It made me feel as if when the door does close, I will have made an impact,” Fleming said. “I came from a small village in England and started writing for newspapers, went into radio and (with) both you can be fairly anonymous, but moving into TV, I almost fell into it.”

Fleming was hired by then-president Tim Hinchey two games into the 2013 season to join Balboa, who started as an analyst in 2008. The Englishman spent 16 years at the BBC, where he called two FIFA World Cups, the Olympics and other sports. At first, he thought he might be in Denver for one or two seasons, but he and his family — his wife, Nicky, two daughters, Jessica and Charlotte, and his son, James — have called Colorado home ever since.

And while the Fleming family adjusted to new surroundings, so too did the fans. Even with the years-long Altitude dispute between Comcast and Dish, fans are distinctly aware of how critical the two have been for the state’s soccer scene.

“There’s the analysis, of course, but outside of ‘the soccer stuff,’ I think it’s the friendship and camaraderie between Richard and Marcelo and that they’ve invited us into their lives,” said Duane Brown, art director at DNVR Sports, and a follower of the Rapids since moving to Denver in 2007. “It’s never felt like people who were talking heads or unattainable. I’ve always felt like Richard and Marcelo are guys I genuinely want to hang out with. That’s what takes the experience off of the screen and into the community.”

For Eric Stinson, another long-time season ticket holder, the chemistry once the red light comes on is what shines through.

“(Richard’s) sense of humor and his wittiness are legendary with us. ‘Chelo is a friend, he is a true class act …  I always find myself learning from him every time I meet with him,” Stinson said. “… It is very difficult to not see them being part of our weekly routines.”

The Apple TV deal has been the source of more than a few “What’s next?’ pre-game press box media meal discussions with visiting broadcasters. The league is expected to name 10-14 broadcast pairs in English and another 10-14 for Spanish-language broadcasts. The overwhelming sense is uncertainty. MLS has to consider so many factors, that Fleming said it’s not worth getting caught up in something that’s out of his control.

As a result, he and Balboa made it their mission to take every game in 2022 to heart and embrace the little moments, from production meetings to fan interaction.

“The best thing I can do is to not change anything,” Fleming said. “It’s not about me or Marcelo. I’m just there to do my job, Marcelo his, and cover the game and the Rapids’ run in the way we know how to.”