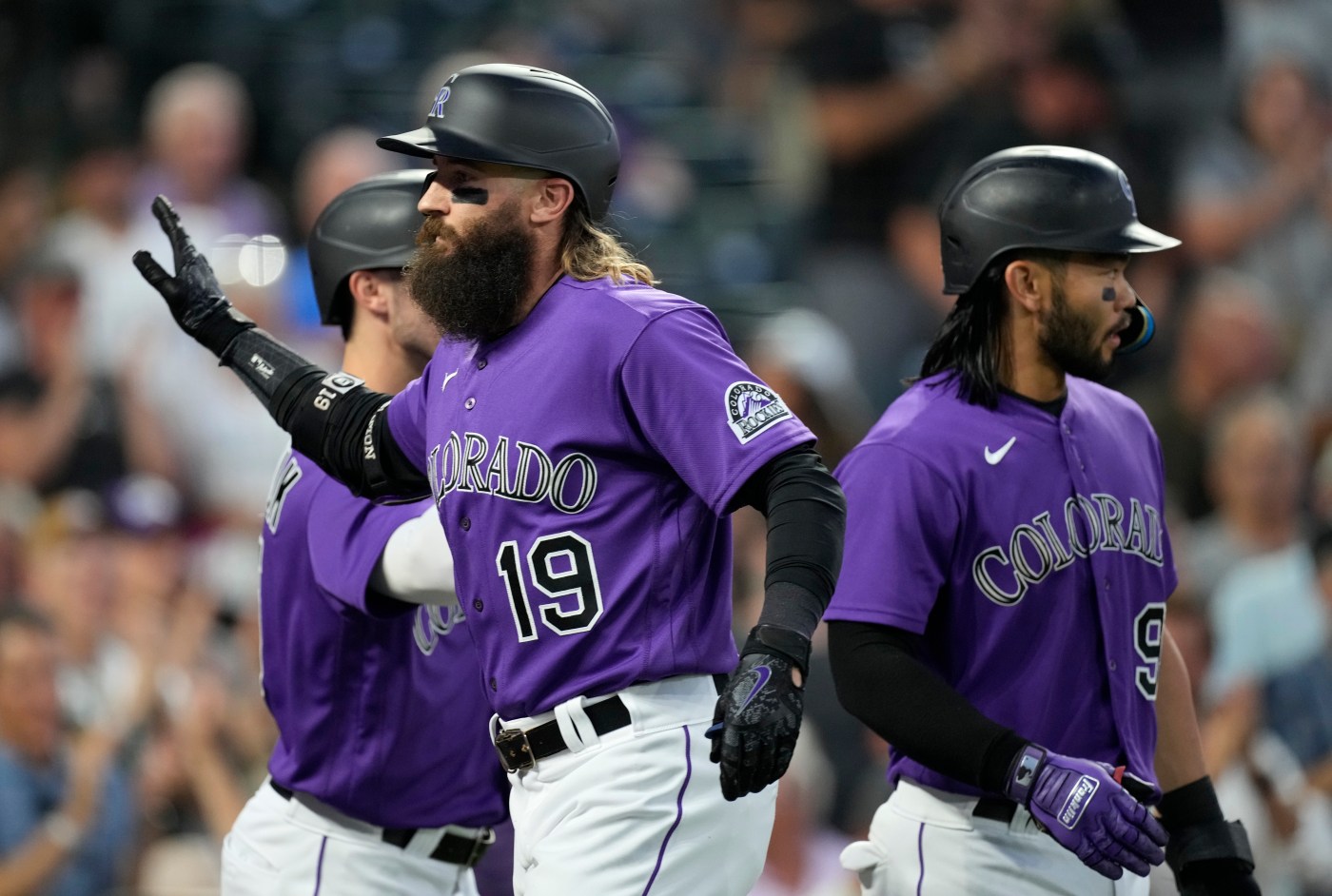 Chuck got Nazty, and the Padres paid the price.

The Rockies’ veteran right fielder/designated hitter tattooed a three-run homer in the sixth inning, powering the Rockies to a 5-3 win over the Padres Tuesday night at Coors Field.

Blackmon ambushed right-hander Mike Clevenger’s first-pitch changeup, lining it into the right-field seats. The homer was the 14th of the season for the resurgent Blackmon, who’s on pace to hit 25 homers.

Closer Daniel Bard tossed a perfect ninth inning for his 19th save in 21 chances.

The Rockies’ bullpen and their defense were tested in the eighth. After giving up a run-scoring single to Nomar Mazara, right-handed set-up man Alex Colome left the game with an injury.

In came lefty Lucas Gilbreath, who was tagged for an RBI single by Esteury Ruiz, and Colorado’s lead was cut to 5-3.

San Diego’s eighth-inning rally could have been much bigger but Colorado’s Sam Hilliard made a brilliant throw to third baseman Ryan McMahon to nail Jorge Alfaro. It was a bad decision by Alfaro, who tried to advance on Austin Nola’s flyball to Hilliard.

The inning ended with catcher Brian Serven throwing out Ruiz trying to steal third base.

Blackmon continued his renaissance. Last season, he hit .270 and slugged .411, the lowest numbers for a full season in his career. He belted only 13 home runs.

Two months ago, Blackmon was hitting .218 and had four home runs. There were the unavoidable whispers about his age.

The Rockies have been a model of inconsistency this season. When they got good starting pitching, they didn’t hit in the clutch. When they hit well, they didn’t pitch. Tuesday night, they put the two pieces together.

Starter Austin Gomber survived a rough start to throw six strong innings. He allowed one run on six hits and resembled the pitcher who dominated at Coors Field last season.

Gomber gave up a leadoff double to Ha-Seong Kim and then plunked Jake Cronenworth to open the game. Gomber escaped by getting the dangerous Manny Machado to fly out, then struck out Voit and Alfaro.

The Padres rapped out three hits in the second, including an RBI double by Kim to give the Padres a 1-0 lead. Gomber looked like he was in trouble. But he cruised for the next four innings, improved to 5-7 and “trimmed” his ERA to 6.11.

Clevenger cruised through his first four innings, allowing just one hit — a double by Hilliard in the third. Colorado scraped out a run in the fifth on a leadoff walk by McMahon and a run-scoring single by Garrett Hampson.

The Rockies broke the game open in the sixth. Clevenger hit leadoff hitter Connor Joe and Jose Iglesias blooped a lucky single to shallow right field. The table was set for Blackmon’s homer.