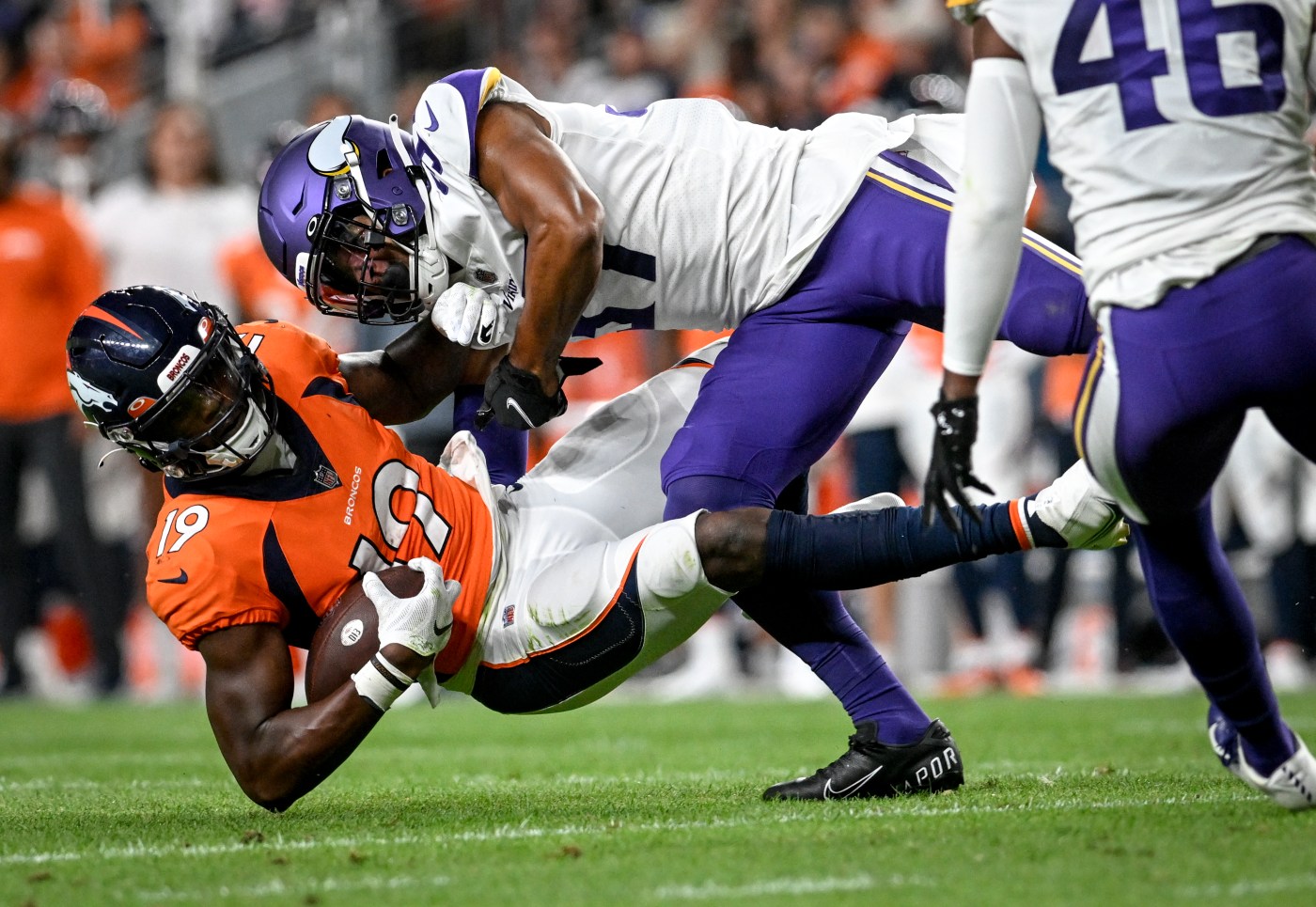 A final Broncos Preseason Stock Report after Saturday’s 23-13 win over the Minnesota Vikings:

Playing in his first game since tearing his ACL last September against the New York Jets, Hamler started and played into the second quarter against Minnesota. He caught three passes for 18 yards (long of seven), a sign he’ll be ready to go in Week 1.

A third-round pick two years ago, Agim had a batted-down pass, a forced fumble and a sack/forced fumble (that led to a touchdown return by Baron Browning), an emphatic final statement that he should be on the team as the Nos. 4 or 5 defensive lineman.

Injured early in the game, he returned and hauled in a 45-yard pass from quarterback Brett Rypien, part of a four-catch, 68-yard first half. If the Broncos keep six receivers, does Williams get the nod over Kendall Hinton? Maybe.

Finally, a pulse in the running game for the Broncos’ backups. In the first half, Mike Boone rushed five times for 44 yards and the offense finished with 148 yards on the ground, including an 11-yard touchdown by Montrell Washington.

The Broncos’ top four cornerbacks didn’t play because they were held out (Pat Surtain II, Ronald Darby and K’Waun Williams) or injured (Michael Ojemudia, elbow). The depth remains an issue. Rookie Damarri Mathis doesn’t appear ready to play against starters. Fortunately for the Broncos, their nickel back is Essang Bassey and their dime defender is backup safety Caden Sterns.