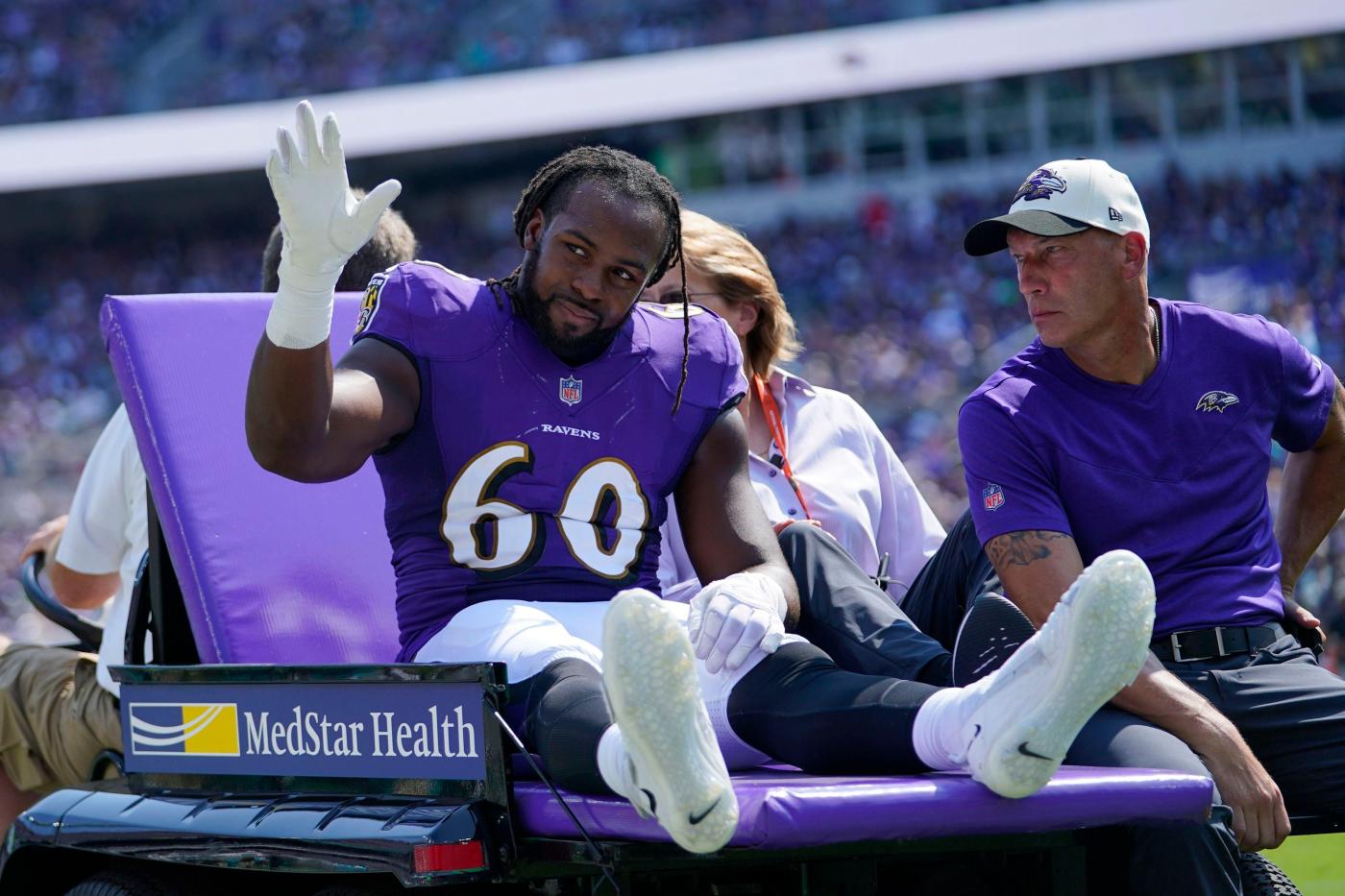 Coach John Harbaugh did not comment on the injuries after the game.

Duvernay suffered a concussion in the fourth quarter after he took a hard hit on a 16-yard completion with 4:23 left. Duvernay, who had a 103-yard kick return for a touchdown to start the game, jogged off to the sideline and was evaluated in the medical tent before being ruled out.

Duvernay’s concussion could affect the Ravens’ depth at wide receiver leading into next week’s game against the New England Patriots. James Proche II (groin) was inactive on Sunday.

Williams’ injury happened with 24 seconds left. Dolphins quarterback Tua Tagovailoa threw an incomplete pass in the end zone to wide receiver Jaylen Waddle when Williams leaped and landed awkwardly. Williams remained on the ground, was attended to by trainers and limped off the field.

Means exited the game with 14:43 left in the second. Dolphins running back Raheem Mostert was tackled by Broderick Washington and Malik Harrison for a 3-yard loss, and Means remained on the ground in obvious pain. He took his helmet off and could not put any pressure on his right foot. Means was looked at by trainers before being carted off the field.

Means, who turned 32 on Friday, signed with the Ravens in the offseason before being cut and signed to the practice squad. After Means was activated for the Ravens’ season-opener against the New York Jets, Harbaugh announced this week that he was signed to the active roster.

With Means injured, the Ravens have depth issues at outside linebacker. Second-year pro Odafe Oweh and veteran Justin Houston are the only healthy outside linebackers, as Tyus Bowser and rookie David Ojabo are both recovering from torn Achilles tendon injuries.