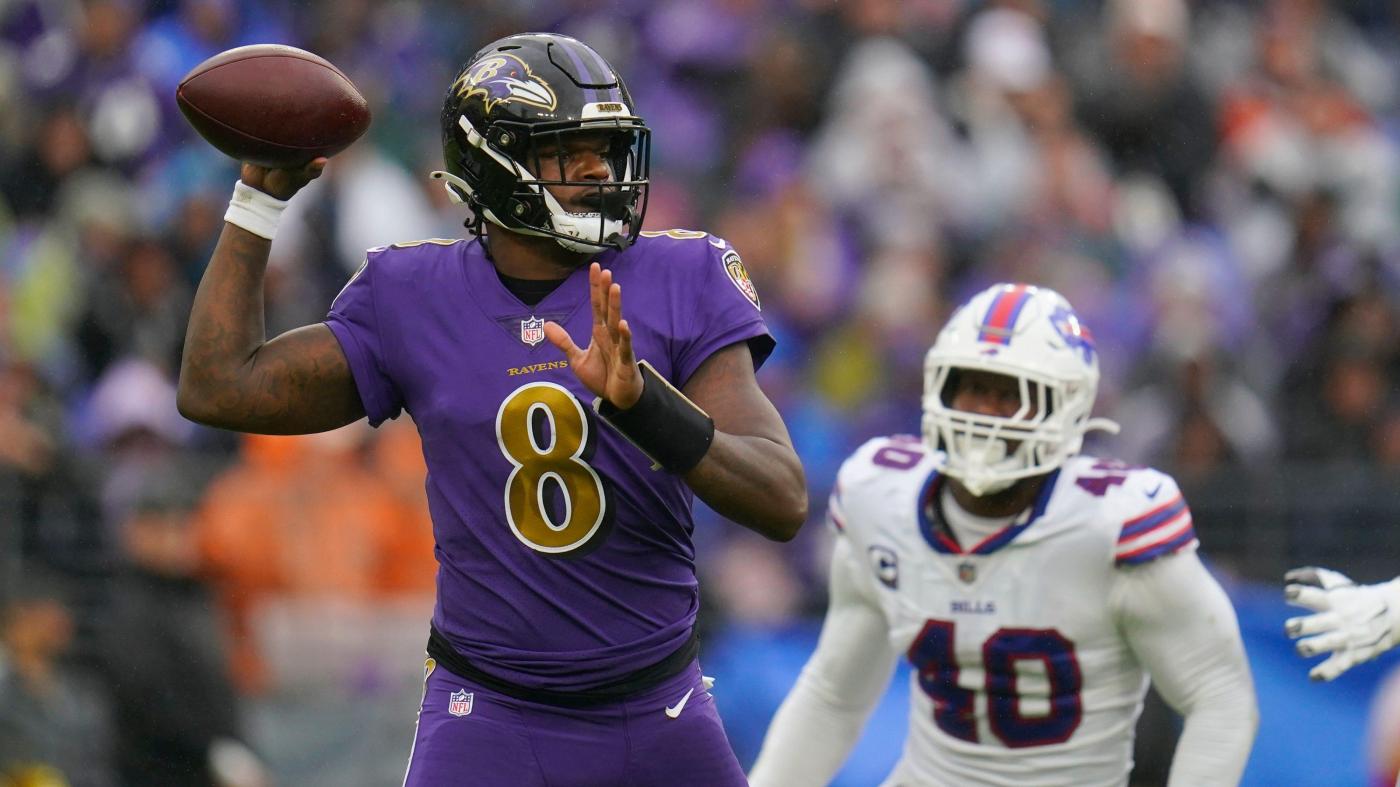 Ravens quarterback Lamar Jackson has made the impossible look possible throughout his NFL career.

During the second quarter of Sunday’s highly anticipated matchup against Josh Allen and the Buffalo Bills, Jackson once again made a jaw-dropping play that had Ravens and Bills fans in shock.

Backed up on a second-and-19, Jackson dropped back to pass and stepped up in the pocket when Bills veteran outside linebacker Von Miller raced around the edge and had Jackson in his grasp. And just when Miller and another Buffalo defender tried to bring Jackson down, the 2019 Most Valuable Player ducked the sack and escaped, reset his feet and threw a jump ball for tight end Mark Andrews down the left sideline. Andrews leaped over Bills linebacker Matt Milano, and the tipped ball landed in the hands of wide receiver Devin Duvernay, who kept both feet inbounds for the first down.

The 21-yard reception gave the Ravens a first down, and Justin Tucker ended the drive with a 51-yard field goal to put Baltimore up 20-3. The Ravens took a 20-10 lead into halftime.

From a 55-yard touchdown pass to receiver Rashod Bateman against the New York Jets in Week 1 to a 79-yard rushing touchdown against the Miami Dolphins in Week 2, Jackson continues to amaze fans around the NFL. For the Ravens, it’s just “Lamar football.”