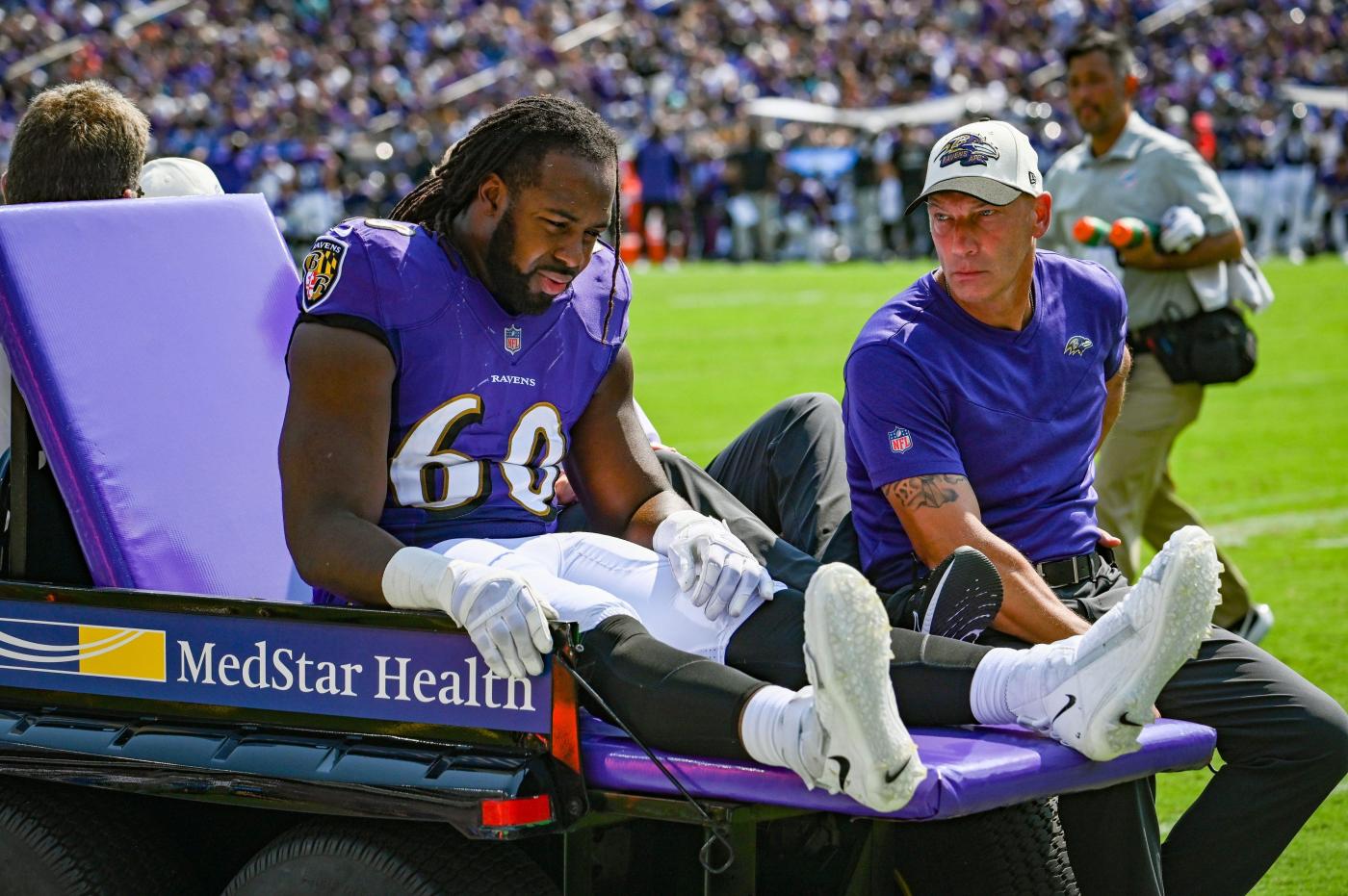 Ravens outside linebacker Steven Means tore his Achilles tendon in Sunday’s loss to the Miami Dolphins and will miss the rest of the season, coach John Harbaugh announced Monday.

Means, 32, was carted off the field early in the second quarter after a carry by Miami running back Raheem Mostert. It was his only play of the game.

“Great guy,” Harbaugh said of Means, who had two tackles in Week 1. “We appreciate him very much.”

Means is the second Ravens outside linebacker to suffer an Achilles injury over the past two months. Vince Biegel, an offseason addition who’d impressed in training camp and likely would’ve made the 53-man roster, was lost for the year during an early-August practice.

Means’ injury leaves the Ravens with just two healthy outside linebackers on their 53-man roster: Odafe Oweh and Justin Houston. The Ravens could also sign or promote practice squad outside linebacker Kyler Fackrell for Sunday’s game against the New England Patriots.