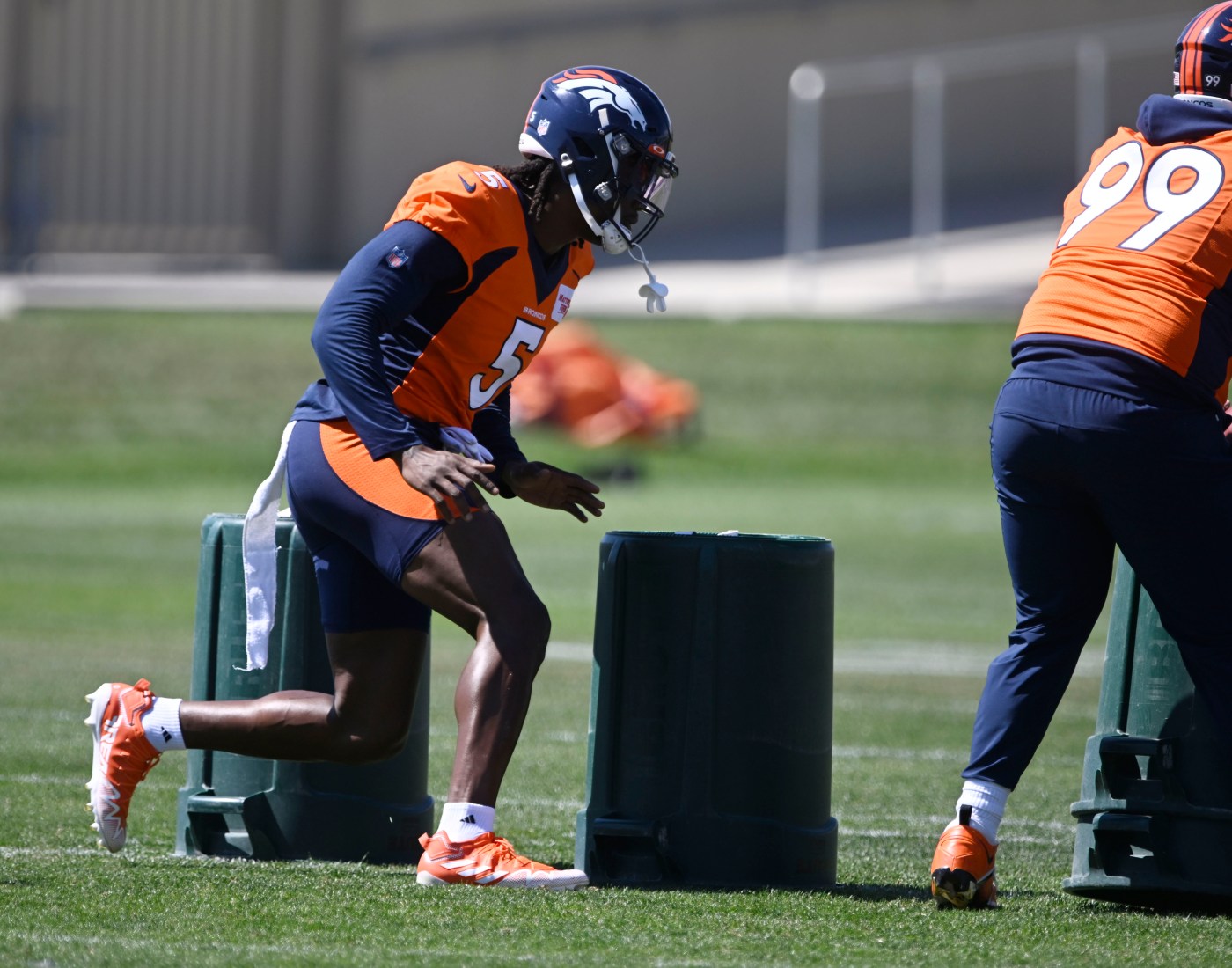 Since signing a five-year, $70 million deal in March as the Broncos’ flashiest free agency acquisition on defense, Randy Gregory spent most of the offseason rehabbing from right shoulder surgery.

But Gregory vows he’ll be ready for Monday’s primetime season opener in Seattle, where the edge rusher is eager to prove he’s worth the money he got despite only 12 career starts and 16.5 sacks over five seasons.

“It’s been a lot to go through since signing, but I’ve stayed invested mentally and I’m trying to flourish the way I know I can even though I couldn’t do it on the field just yet,” Gregory said. “I had to find a way to open up to the guys in the locker room and go at (learning the team and defense) that way, and kind of wait on the football part. So I’m really anxious to go out there and play and just show the guys what I can do, instead of sitting here talking about it and looking at film from last year.

“I have no doubt in my mind what I can do if I stay healthy. That’s been my main goal — play a full schedule, 17 games, starter snaps, playing the way I know I can play. If I’ll be able to that I can do anything I want, and hopefully help this team get to the Super Bowl.”

Gregory’s been limited in practice this week due to his shoulder and also his knee, but defensive coordinator Ejiro Evero gave him a strong endorsement Friday, saying Gregory “looks ready to go” despite the Broncos handling him with care during training camp (he was an observer for all of it) and the preseason (he didn’t play at in the last two games after being activated Aug. 15).

The 29-year-old said he hopes to attain double-digit sacks this year opposite fellow edge rusher Bradley Chubb, though Gregory emphasized his focus is on racking up quarterback pressures, too.

Chubb said the two are capable of becoming “one of the best (pass-rushing duos) in the league.”

“When you think of the AFC West alone and (the Chargers’) Khalil Mack and Joey Bosa, and (the Raiders’) Maxx Crosby and Chandler Jones, we want to be in that category,” Chubb said. “Both Pro Bowlers, both all-Pros.”

Gregory’s right shoulder, which had been bothering him for several years prior to getting repaired, won’t be an issue anymore.

“I’m used to rushing from the right side, the defensive right, but i’m playing a lot on the left, which is making me engage my right shoulder a lot,” Gregory said. “There’s nothing that hinders it, it’s just more so getting used to that initial punch and sticking it and working on my moves from that side with (a healthy arm).”

Gregory started a career-high 11 games for Dallas last year, with six sacks, an interception and 17 quarterback hits. While the Broncos have depth options at outside linebacker should they decide to limit Gregory’s snaps against Seattle (namely Baron Browning), Gregory said that won’t be necessary.

“I’ll be ready to play the whole game,” he said.

Jewell sits out. The Broncos’ first injury issue of the regular season developed Wednesday when inside linebacker Josey Jewell (calf) was unable to finish practice.

“He had some things act up on him so he’s day to day,” coach Nathaniel Hackett said.

Hackett said before Thursday’s practice Jewell would be limited, but he was not present for any of the team stretch during the media viewing period.

If Jewell can’t play Monday, the Broncos could turn to Alex Singleton or Justin Strnad as the base-package replacement alongside Jonas Griffith, who just returned to practice Thursday (dislocated elbow).

“He looks great,” Evero said of Griffith. “It doesn’t look like his arm is affected or his elbow is affected. He’s playing fast and being physical.”

Carroll’s antics. Seahawks coach Pete Carroll evidently won’t have a problem if fans boo the quarterback (Russell Wilson) who played a decade for the franchise, including their only Super Bowl championship.

“You’re either competing or you’re not; I’m leaving that up to the 12s,” Carroll said Wednesday, referring to the nickname for the Seahawks’ fan base. “I’m not going to be involved with that opportunity to react so I don’t have to make that decision. We’ll see what happens.”

Hackett was asked for his reaction Thursday.

“You know, I kind of randomly heard that,” he said. “In the end, for us, it’s just about going to win a football game. We know it’s going to be a hostile environment no matter who the quarterback is out there. The entire (Seattle) organization, I know they appreciate him and know the games he’s won and all the things he’s done for that community and everybody. We’re proud to have (Wilson) here and we’re going to rally around him.”