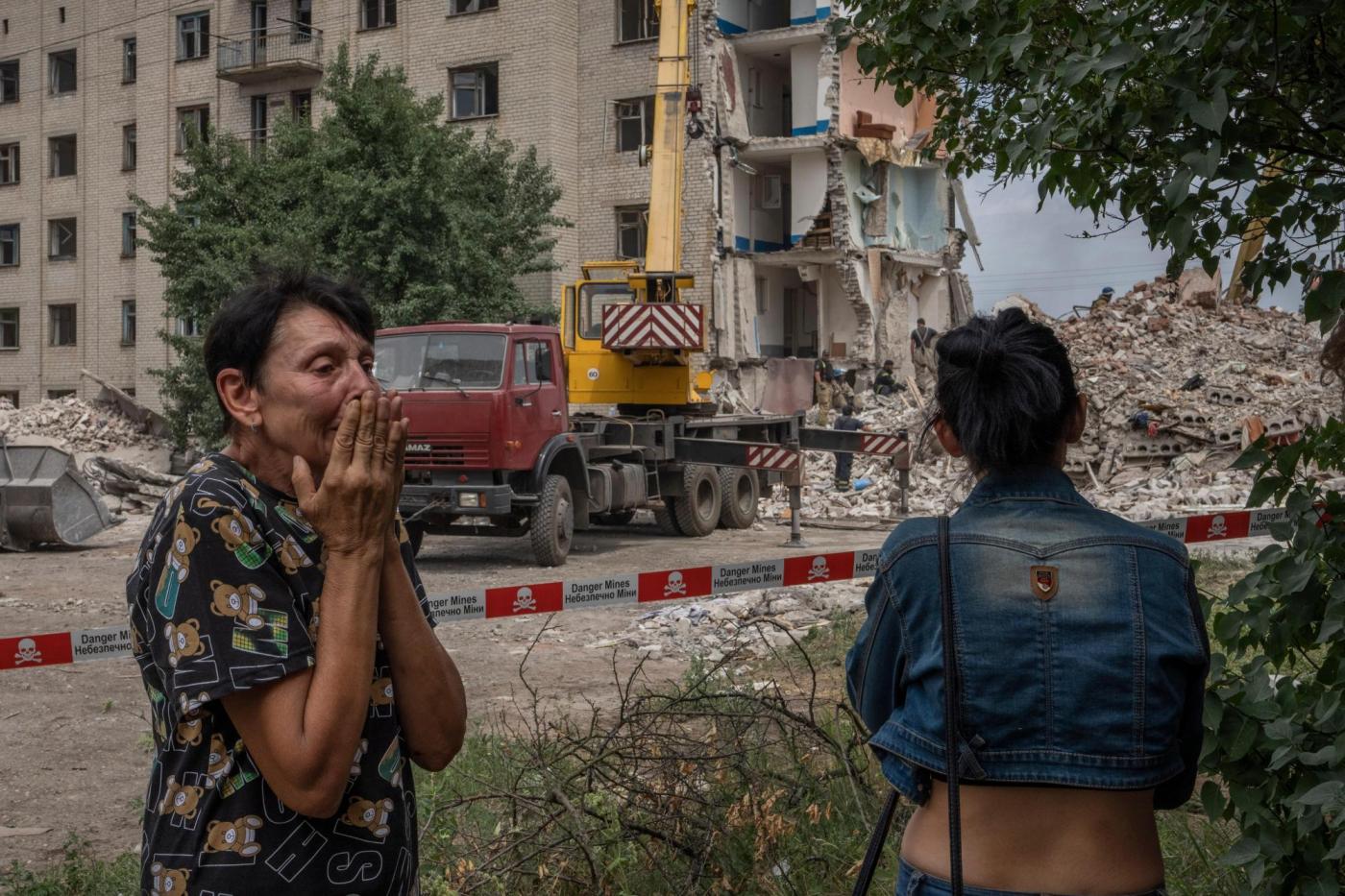 KHARKIV, Ukraine (AP) — Russian President Vladimir Putin signed a decree on Monday expanding a fast-track procedure to receive Russian citizenship to all Ukrainians, in yet another effort to expand Moscow’s influence in war-torn Ukraine.

Until recently, only residents of Ukraine’s eastern Donetsk and Luhansk regions, as well as residents of the southern Zaporizhzhia and the Kherson regions, large parts of which are under Russian control, were eligible for the simplified procedure.

Between 2019, when the procedure was first introduced for the residents of Donetsk and Luhansk, and this year, more than 720,000 residents of the rebel-held areas in the two regions — about 18% of the population – have received Russian passports.

In late May, three months after Russia invaded Ukraine, the fast-track procedure was also offered to residents of the Zaporizhzhia and Kherson regions. A month ago, the first Russian passports were reportedly handed out there.

The move by Putin came as Russian shelling of Ukraine’s second-largest city killed at least three people on Monday and 31 others were injured, the local administrator said. Hours earlier, Russian troops launched three missile strikes on Kharkiv which the official described as “absolute terrorism.”

Kharkiv regional Gov. Oleh Syniehubov said on Telegram that the shelling came from multiple rocket launchers, and those hospitalized for injuries suffered in the attacks included children ages 4 and 16.

“Only civilian structures — a shopping center and houses of peaceful Kharkiv residents — came under the fire of the Russians. Several shells hit the yards of private houses. Garages and cars were also destroyed, several fires broke out,” Syniehubov wrote.

Earlier, he said that one of the missiles the Russian forces launched on Kharkiv overnight destroyed a school, another hit a residential building, while the third landed near warehouse facilities.

“All (three were launched) exclusively on civilian objects, this is absolute terrorism!” Syniehubov said.

“I was sitting and talking to my wife,” he said. “I didn’t understand what happened. There were two strikes, two or three.”

Peresolin said neighbors carried him to the basement where he later regained consciousness.

The attack late Saturday destroyed three buildings in a residential quarter of the town of Chasiv Yar, inhabited mostly by people who work in nearby factories.

Russian attacks in the east also have continued, with Luhansk regional Gov. Serhiy Haidai saying on Monday that the shelling hit settlements on the administrative border with the Donetsk region.

The Luhansk and Donetsk regions together make up Ukraine’s eastern industrial heartland known as Donbas, where separatist rebels have fought Ukrainian forces since 2014.

Earlier this month, Russia captured the last major stronghold of Ukrainian resistance in Luhansk, the city of Lysychansk.

After the seizure of Lysychansk, some analysts predicted Moscow’s troops likely would take some time to rearm and regroup, but Ukrainian officials said there has been no pause in attacks.

The Defense Ministry tweeted Monday that online videos suggested at least one tank brigade in the war was “mentally and physically exhausted” as they had been on active combat duty since the start of the war on Feb. 24.

The British said: “The lack of scheduled breaks from intense combat conditions is highly likely one of the most damaging of the many personnel issues the Russian (Ministry of Defense) is struggling to rectify amongst the deployed force.”

Also on Monday, the main Russian gas pipeline to Germany began a 10-day closure for maintenance amid European fears that Moscow may not turn the flow back on after its completion.

Jovana Gec in Belgrade, Serbia, contributed to this report.