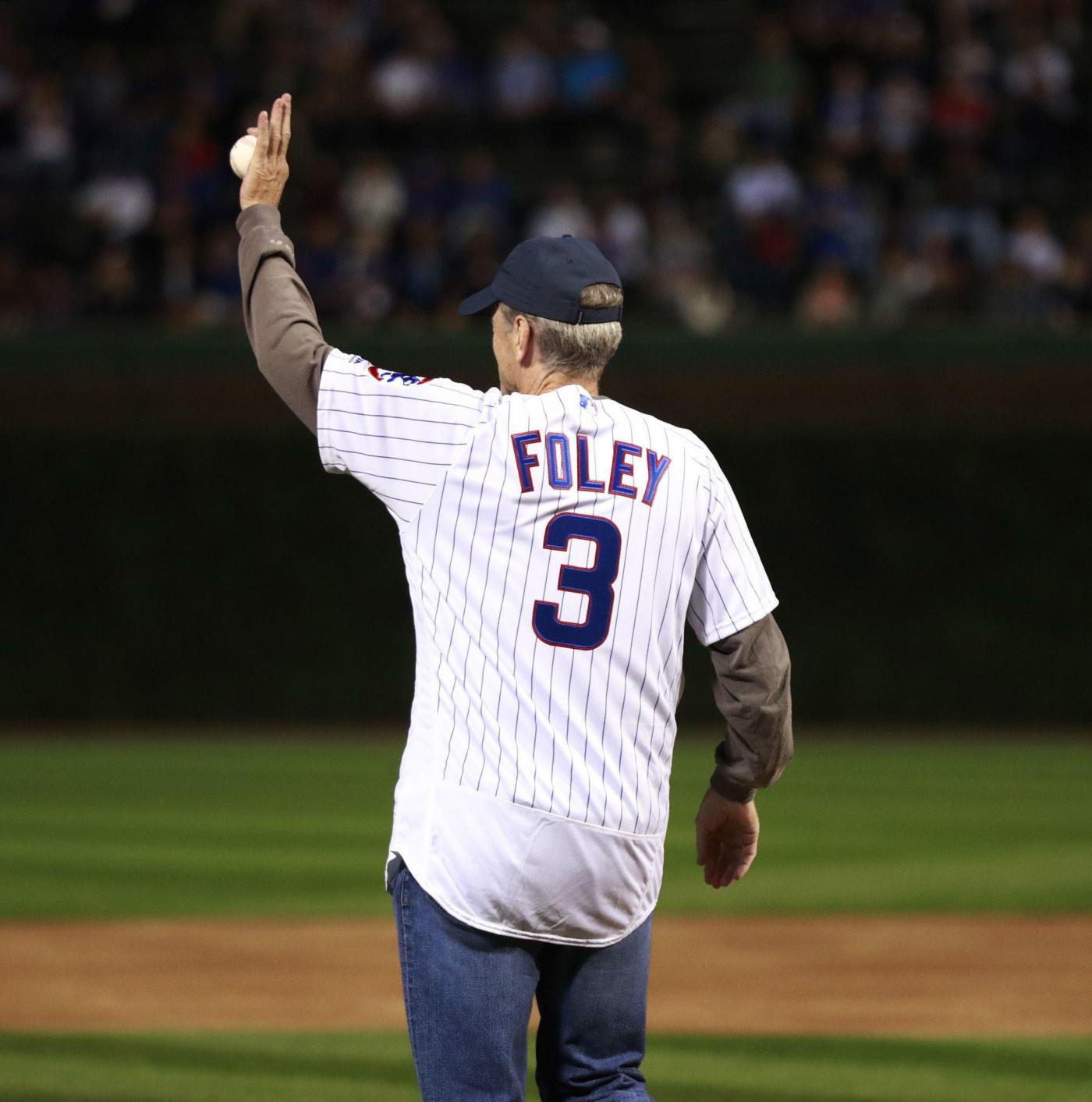 An observation — or more like a quip — Pat Foley made to Chicago Cubs manager David Ross illustrated how the retired Blackhawks broadcaster resembles a fish out of water in the world of baseball.

Ross said a reporter asked him Saturday about infielder Patrick Wisdom’s injured ring finger, “and (Foley) said, ‘We call that an upper-body injury,’” referring to the tendency in hockey to be cryptic when labeling injuries.

“I told him you guys (baseball reporters) don’t like that and why that doesn’t fly here,” Ross said with a laugh.

Foley wasn’t in the media room at the time, but he understands that probably won’t be the only culture shock he’ll experience while calling his first game at Wrigley Field during the nightcap of Tuesday’s split doubleheader against the St. Louis Cardinals.

“I haven’t done a baseball broadcast in 20 years. I’ve got some butterflies,” Foley told the Tribune while scoping out the scene in the Cubs clubhouse before Sunday’s series finale against the Milwaukee Brewers.

Tuesday’s plan is for Foley to split time between the radio and TV booths, calling the first three innings on WSCR-AM 670, switching to Marquee Sports Network from the fourth through the seventh-inning stretch, then finishing back on radio.

“I can easily say I’ve never spent as much time prepping for one broadcast as I am for this,” Foley said. “I’m going to be at five (career) baseball games doing this game Tuesday night.

“I’m trying to get more familiar with the pacing. Obviously it’s a different sport. It will be challenging.”

Calling a game at Wrigley “absolutely” checks off a bucket-list item for Foley,

“I’m a Glenview kid, I spent a lot of time at Wrigley Field when I was a young man and obviously loved the place,” he said. “It’s a shrine, but I’ve never been able to do a broadcast here. And that for me is a nice capper to a career. I’m really excited to get the chance to do it and hopefully it goes all right.

Foley said the opportunity came together because of connections between the Cubs and Hawks.

For one, Hawks president of business operations Jaime Faulkner is married to Cubs executive vice president of sales and marketing Colin Faulkner.

“That helped,” Foley said. “The Marquee producer is a guy named Mike Leary who Dale Tallon and I broke into hockey (with), and I’ve been a friend and a fan of his for probably 30 years. So he was in the middle of it all.”

Foley got a big sendoff from the Hawks during the season after 39 years with the team. He said he has been traveling and playing golf all summer, so retirement hasn’t really sunk in yet.

“It’ll be different when the game starts,” he said.

Asked if he might pop up again in the Hawks booth at some point, he replied: “Maybe. We’ll see.”

For now he’s focused on the Cubs-Cardinals game.

“Doing this game Tuesday night and then it’s over” with baseball, he said.

Until then, Foley has been hanging around the team soaking up as much as he can.

“Seems like a great storyteller,” Ross said. “Seems like a guy you go to a bar with and have a lot of great conversations and watch some games with.”

Ross laughed while pondering a reverse situation if he were in Foley’s shoes — trying to call a hockey game after spending a lifetime in baseball.

“I’m a Florida boy,” Ross said. “At least he has some experience in the field. He was telling Harry Caray stories yesterday. It was pretty interesting. I felt like I could listen to him talk all day.

“But me talking hockey, it would be a lot of dead air.”