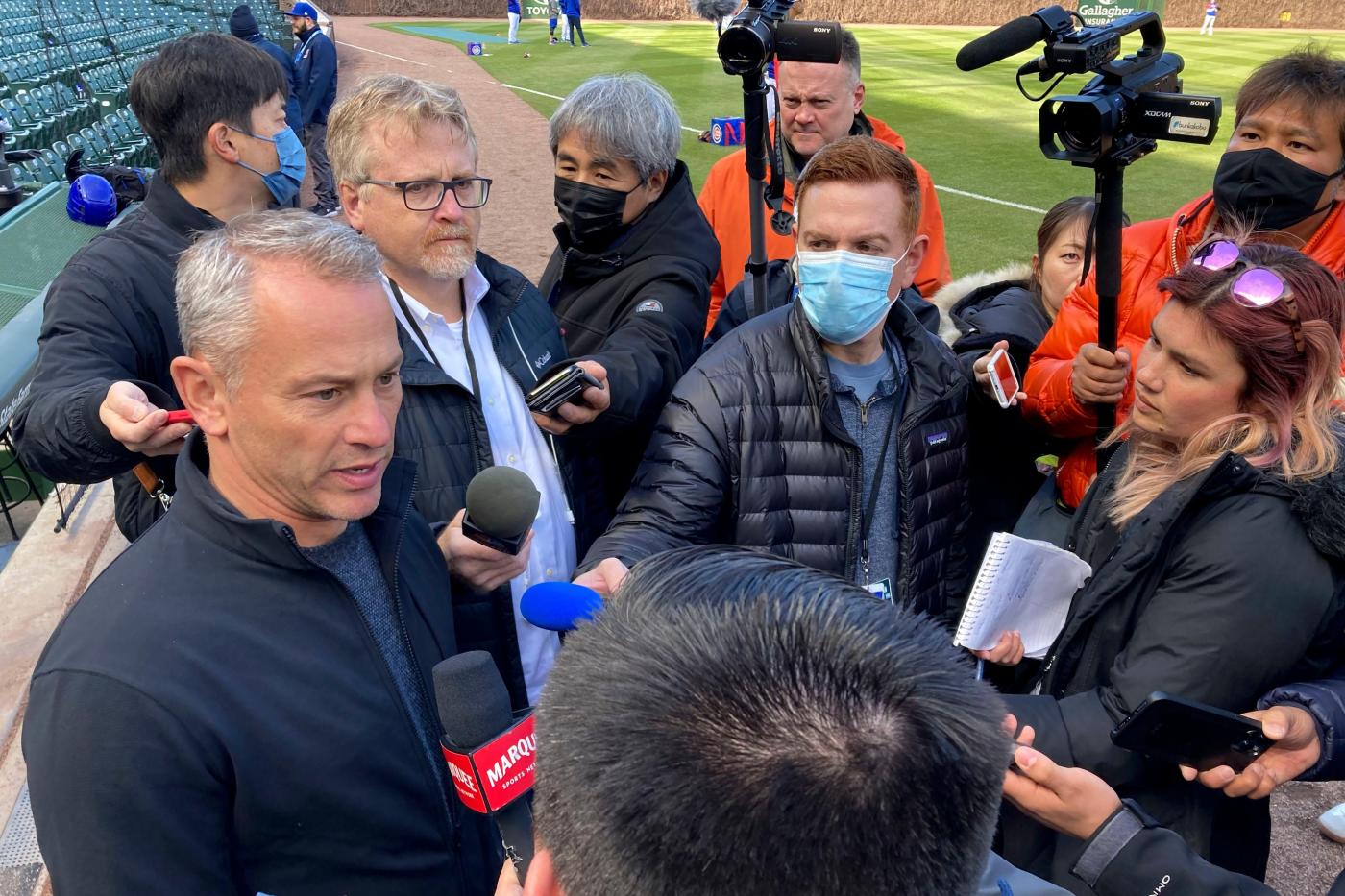 My dream World Series matchup for 2022 would be the Toronto Blue Jays vs. the St. Louis Cardinals.

But I mostly root for a Blue Jays-Cardinals matchup because it would be Commissioner Rob Manfred’s worst nightmare.

Cardinals stars Paul Goldschmidt and Nolan Arenado, the probable 1-2 finishers in the National League Most Valuable Player race, would have to be placed on the restricted list for the games in Toronto as both aren’t vaccinated — putting St. Louis at a distinct competitive disadvantage for road games.

And if the Blue Jays won the series and became world champions partly because COVID-19 vaccine skepticism prevented two of the game’s best players from competing, you can only imagine the teeth-gnashing and complaining coming out of Missouri from an angry Cardinals Nation.

The fans wouldn’t be pointing the finger at their star players, of course, but at the Canadian government for continuing to employ health restrictions that punish the unvaccinated, months after the pandemic has mostly subsided.

Unfortunately, that scenario probably won’t play out. The Los Angeles Dodgers seem unbeatable in the NL, while the Cardinals are just the best team in a very bad National League Central. The Blue Jays, meanwhile, probably would have to get past the Houston Astros or New York Yankees to get to the World Series.

So the decisions by Goldschmidt and Arenado to not get vaccinated are unlikely to become a topic of discussion on baseball’s biggest stage. And like all the other major league players who made the same choice — including the Chicago White Sox’s Dylan Cease and Kendall Graveman, and the Cubs’ Justin Steele and Adrian Sampson — the two won’t suffer any consequences outside of missing a regular-season series in Toronto.

No one in baseball thinks much about COVID-19 any more until a team is about to play in Toronto. That’s a good thing because it means we’ve gotten past the worst part of the pandemic, thanks to the majority of people who did the right thing and got vaccinated and boosted.

Reporters are reminded of COVID-19 daily because MLB protocols require us to wear masks in clubhouses, even as everyone else — players, coaches, clubbies and media relations personnel — go maskless. A group of a dozen or so unmasked people roamed the Cubs clubhouse last Thursday because of their relationship to a few players. No one bothered to check if they were vaxxed, and no one asked any of them to wear a mask.

Everyone is entitled to their own choices, as Sampson reminded us Sunday after meeting with reporters in Milwaukee following his curiously short outing against the Brewers. Like most of the rest of the unvaccinated players, Sampson said he has been studying the issue.

“Kind of waiting to see as more info came out, and then the season comes along and it’s just like the last thing you want to think of,” Sampson said.

Fortunately for Sampson, he has more time to peruse the internet instead of trying to seal a spot in the Cubs’ 2023 rotation. He said “people should choose what you want to do and hopefully get some appreciation from one another and not look down on someone because of the decisions they made.”

Someone pat him on the head, please.

The Cubs were able to replace Sampson on the roster for the Toronto series because he did not pitch more than four innings in his previous start, an MLB rule I admittedly was unaware of until reminded by Twitter. Neither apparently was Sampson or the Marquee Sports Network crew, which didn’t mention the rule when Sampson was removed after retiring the first batter in the fourth inning with a 2-1 lead against the Brewers.

Jim Deshaies speculated left-hander Sean Newcomb was called on to face the upcoming lefties in the lineup. Though it seemed like an odd move so early in the game, it didn’t raise a red flag.

Whether Sampson was prematurely yanked so the Cubs could avoid being one player short in Toronto is anyone’s guess. Manager David Ross told reporters the move was made for strategic reasons, so I guess we’ll have to take his word for it.

Either way, the decision backfired. Newcomb was shelled immediately and the Cubs lost 9-7.

No big deal. Maybe Sampson would’ve been shelled too. And the Cubs have been out of contention for months, so another loss wasn’t going to change the team’s narrative about looking ahead.

Vaccination has been a bit of a touchy subject for management of all baseball teams, especially after 10 Kansas City Royals players were placed on the restricted list last month before a trip to Toronto.

Early last season, Cubs President Jed Hoyer was visibly annoyed when it became apparent his team would not reach the 85% vaccination threshold needed to relax COVID-19 protocols for the rest of the year. Hoyer called it “frankly disappointing” and a competitive disadvantage.

Two of his key players at the time, Anthony Rizzo and Jason Heyward, went public with their unvaccinated status, while others kept it to themselves. Rizzo was later dealt to the Yankees and has since received the vaccine. Heyward currently is on the injured list and isn’t expected to play again for the Cubs, according to Hoyer.

Hoyer on Thursday seemed satisfied only a few Cubs players would have to be placed on the restricted list for the Toronto series.

“I think we’re likely to be down like three or four guys,” he said.

The final answer was two.

Either Hoyer is very bad at math or one or two unvaccinated players on the roster Thursday afternoon were not on it Sunday. Kervin Castro was sent to the minors Friday and Patrick Wisdom went on the injured list Saturday with a sprained left ring finger.

“It’s obviously not something you look forward to,” Hoyer said of having to use the restricted list. “It’s not ideal. But it’s also baseball in 2022 when you go to Toronto.

“Every team, really, has had to go through this exact same situation in some form or manner when you go up to Toronto, and we’re no different. We’re just doing it in August.”

At least they don’t have to worry about doing it in October. Another “W” for the Cubs.