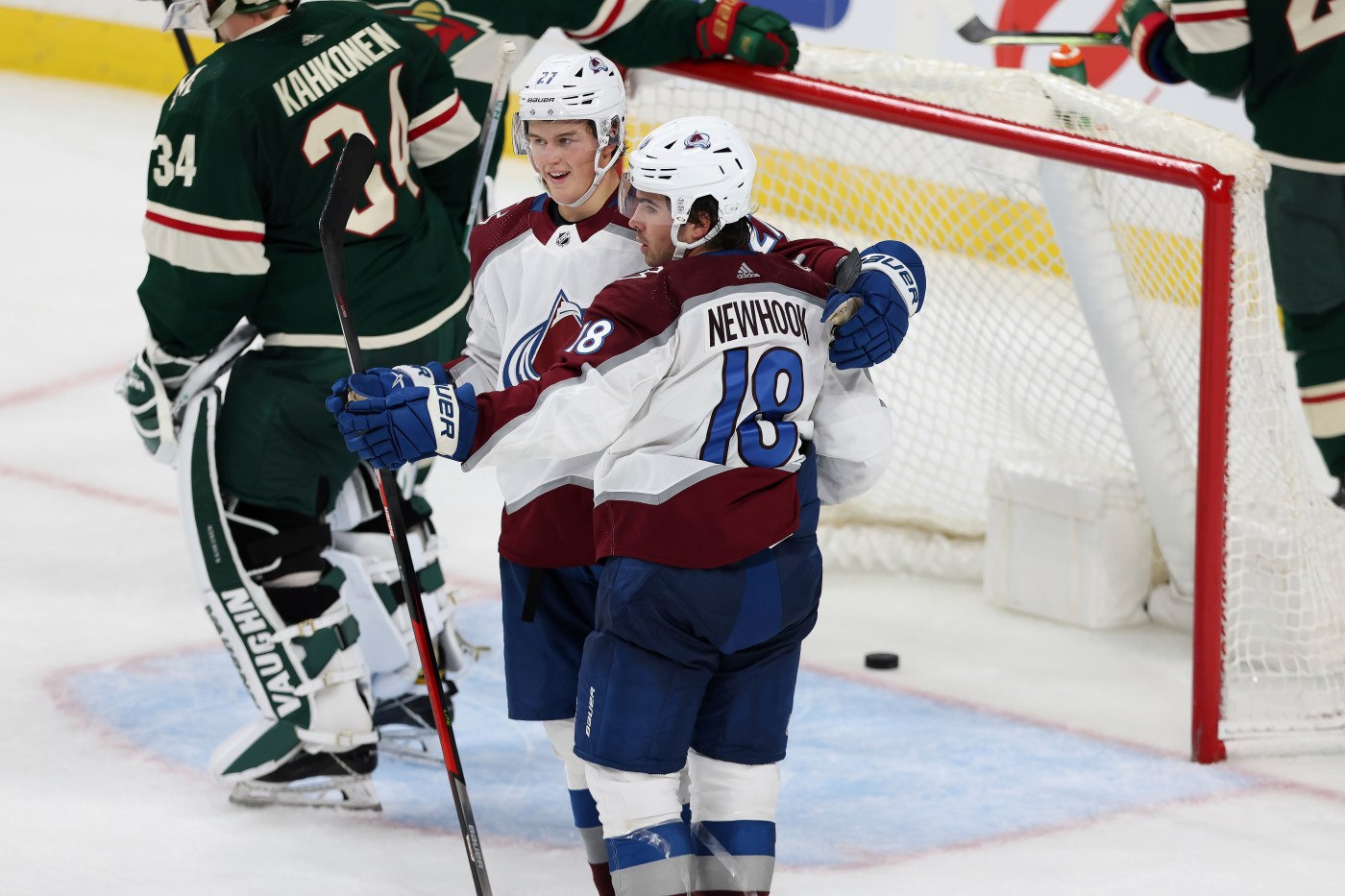 Oskar Olausson’s timeline for an NHL call-up? To hear the Avalanche tell it, that’s up to Olausson.

“You kind of just let them maybe set the timeline,” Avs director of player development Brian Willsie said of Colorado’s 2021 first-round draft pick after the club hosted a roughly two-hour practice for rookies in advance of their three-game tournament in San Jose this weekend.

“And obviously, (Olausson has) got to experience some pro hockey. And then you see how they develop.

“You know, we have a very strong, strong lineup on both (the NHL and AHL) teams. So he’ll be surrounded with veterans, if he’s in with the (Colorado) Eagles. And obviously, he’s got some great mentors here, if he’s with (the Avs). So in the next month, he’ll show to us where he belongs best for his development.”

Avs fans harbor high hopes for the young Swedish winger, who doesn’t turn 20 until Nov. 10, after he appeared in four games with the AHL Eagles last season, recording two points on a pair of assists.

The 6-foot-1 Olausson has sometimes been likened to a smaller version of former Avs winger Andre Burakovsky, who signed a free-agent deal with Seattle after Colorado’s epic Stanley Cup run last summer.

“(It’s) just (about) getting better every day,” said Olausson, who lists ex-Avs great and fellow countryman Peter Forsberg among his idols. “Work hard every day and see.”

Willsie said Olausson was one of the better players who featured Thursday, and especially liked the pairing of the Swedish teen on the wing with rookie Ben Meyers at center and Jean-Luc Foudy, a third-round selection in 2020, flanking the other side.

“He’s got a real wicked shot,” teammate Sampo Ranta said of Olausson. “He’s got a good hockey head, a good IQ. It’s fun to watch him, for sure.

“It’s a different culture, a different language. It’s a lot of new (things), a lot of firsts off the ice, too. And it takes a little time to get used to everything and living by himself and doing all this (as a pro) on your own. It’s a challenge, but he’s a good dude. He’ll figure it out.”

Willsie said Colorado brass will be watching for some specific elements out of the young winger over this weekend’s tourney, which for the Avs begins Friday afternoon at 3. That includes defensive reliability, stick positioning, tracking and protecting the puck.

While the baby-faced Swede got a taste of the North American game last winter in Barrie (25 points in 22 games) and Oshawa (24 points in 33 appearances), Olausson has some growing up to do, especially on the physical side, before the Avs feel comfortable chucking him into NHL waters.

“We wanted to allow that time for him to get in the gym and get training,” Willsie said. “And he’s at that age (19) … that’s the (age where the) frame is ready, it’s ready for the muscles and the strength … (Mikko) Rantanen was 23-24 years old before he’d fully developed.”

Olausson said Thursday that the focus of his offseason was felt on two fronts: improving core strength and explosion through plyometrics and simply adding weight. The kid’s heading to the tournament at about 186 pounds, he says, up from 181 late last season

“And some small meals in between,” he replied with a grin.