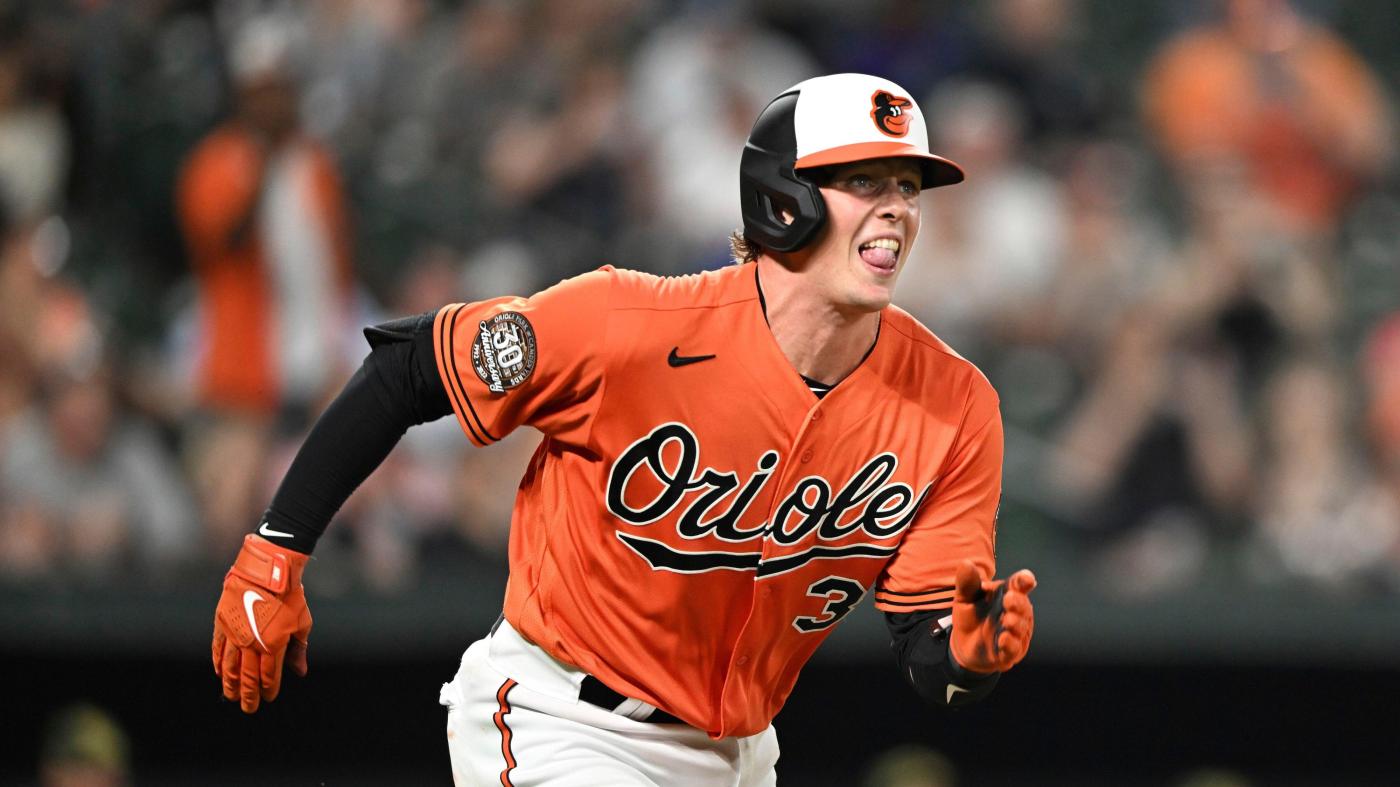 There have been swings that hinted this was on the horizon, an eventuality Adley Rutschman would soon achieve if Orioles fans were patient enough to wait.

Well, the wait is over.

The rookie catcher hit the first home run of his major league career in the fourth inning Wednesday night against the Toronto Blue Jays, crushing a ball on a line to straightaway center field. Rutschman, the top prospect in all of baseball, took care of his first two big league RBIs with that swing, too, driving home Austin Hays in the process.

Rutschman has displayed that power throughout his minor league career, but it took until his 84th plate appearance with Baltimore to see a ball leave the yard. His homer — coming off an elevated four-seam fastball from right-hander José Berríos — traveled an estimated 411 feet and left his bat at 103.2 mph, ending Berríos’ budding no-hit bid.

The Oregon State product’s first career home run occurred at roughly the same time former Orioles star Manny Machado recorded the 1,500th hit of his career. Machado was traded to the Los Angeles Dodgers at the midseason deadline in 2018, a move that signaled the beginning of a rebuild that eventually led to Rutschman becoming the first overall draft pick in 2019. The young catcher’s arrival in the big leagues signals the next step of the Orioles rebuild is underway — with a potential turnaround on the horizon.

Rutschman has struggled to find results early in his major league career. In 20 games entering Wednesday, he batted .176 with four doubles and a triple. But the advanced analytics have been more promising. His average exit velocity of 90.6 mph is third-best on the Orioles among players with at least 50 plate appearances, according to Statcast, and his expected batting average is .238.

Manager Brandon Hyde said Rutschman was batting cleanup Tuesday and Wednesday largely because first baseman Trey Mancini is out with a short-term hand injury and outfielder Anthony Santander is on the restricted list. That leaves a gaping hole in the middle of the order for Rutschman to fill.

And in his second at-bat Wednesday, that’s what he did.

When he reached the dugout, he received the team’s home run chain and was pulled into a lengthy hug from Mancini, the longest tenured Orioles player. The pressure on Rutschman has been immense. The weight of a rebuild has been placed on his shoulders — at least externally, as the organization attempts to minimize an idea so imposing.

There will still be pressure long into the future. But with one swing, he’s alleviated some of it for the time being.