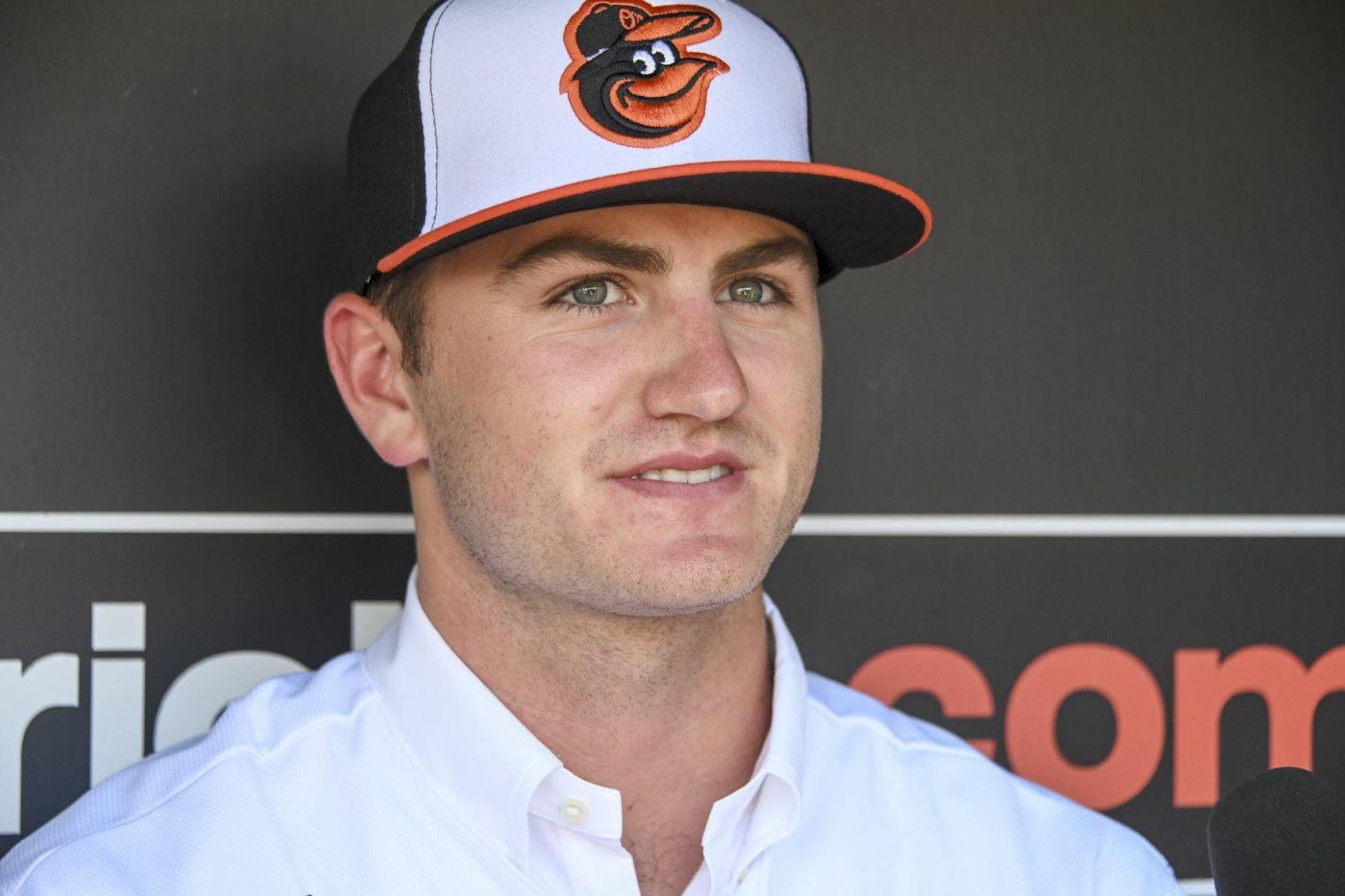 As Jud Fabian sat in the shade of the dugout — and by extension, the relative cool it offered on a brutal day at Oriole Park at Camden Yards — he shrugged off the sweltering temperatures and smiled.

“This is nothing compared to Florida heat,” Fabian said.

He was more than comfortable here, donning an Orioles jersey and hat over his button-down shirt, visiting the stadium he hopes to play in one day for the first time alongside fellow draft pick Dylan Beavers. That duo — with Beavers selected No. 33 and Fabian taken No. 67 overall — are the first two players Baltimore officially signed from their latest draft class.

They won’t be the last, as first overall selection Jackson Holliday agreed to an $8.19 million signing bonus with the Orioles, pending a physical, a source told The Baltimore Sun. Beavers signed for $2.2 million and Fabian signed for $1,026,800, another source told The Sun.

With another crop of prospects added to an already prospect-rich organization, there’s excitement building. As that wave of players approaches the big leagues, there’s a belief the rebuild will reach fruition.

“I know a few guys in the system already, like Coby Mayo and Anthony Servideo,” Fabian said. “Talking to those guys and just seeing all the other prospects, it’ll be cool to be able to play with them and have the opportunity to win a World Series.”

“It’s super exciting,” Beavers added. “I know it’s coming soon; they’re doing real well this year. I’m excited to see where it’ll be in the next couple years and be a part of it.”

The outfieders both took batting practice on the field pregame, showing off the power that helped propel them into the Competitive Balance rounds. Beavers is coming off a season at Cal in which he posted a 1.060 OPS with 17 homers, and Fabian opted to return to Florida — where the center fielder hit 24 homers — with this opportunity in mind.

He had spoken with the Orioles extensively entering the 2021 draft, but one spot before Baltimore would’ve taken him, the Boston Red Sox chose to select Fabian. The contract talks with Boston stalled, he didn’t sign, and he returned to college.

“The Red Sox took me without kind of talking to me,” Fabian said. “This is where I want to be. It’s a great organization with a great field you can play on. Having the opportunity to come here two years in a row, it’s pretty special.”

Fabian acknowledged he wants to improve his contact rate. He hit .239 for Florida this spring, but his strikeout rate decreased and he worked 62 walks in 66 games, bringing his on-base percentage to .414.

Beavers, who figures to play as a corner outfielder at the professional level, also drew more walks this spring. Both players fit in the mold of what the Orioles desire: high on-base hitters with raw power.

Fabian said he didn’t know much about the Orioles’ organization beyond what he heard from playing with Boog Powell’s grandson at one point, although he never met the former Baltimore first baseman. Beavers said he “knows who Cal Ripken is.” Beyond that, the extent of his historical knowledge is slim.

But they know where they fit in the organization, joining what executive vice president and general manager Mike Elias called “a big new wave to the bottom of what is an excellent farm system.”

They’re first taste of what it feels like to be with the Orioles came Saturday, sweltering in the dugout — Beavers, a California native, more so than the Floridian Fabian — finding whatever shade there was to be had.