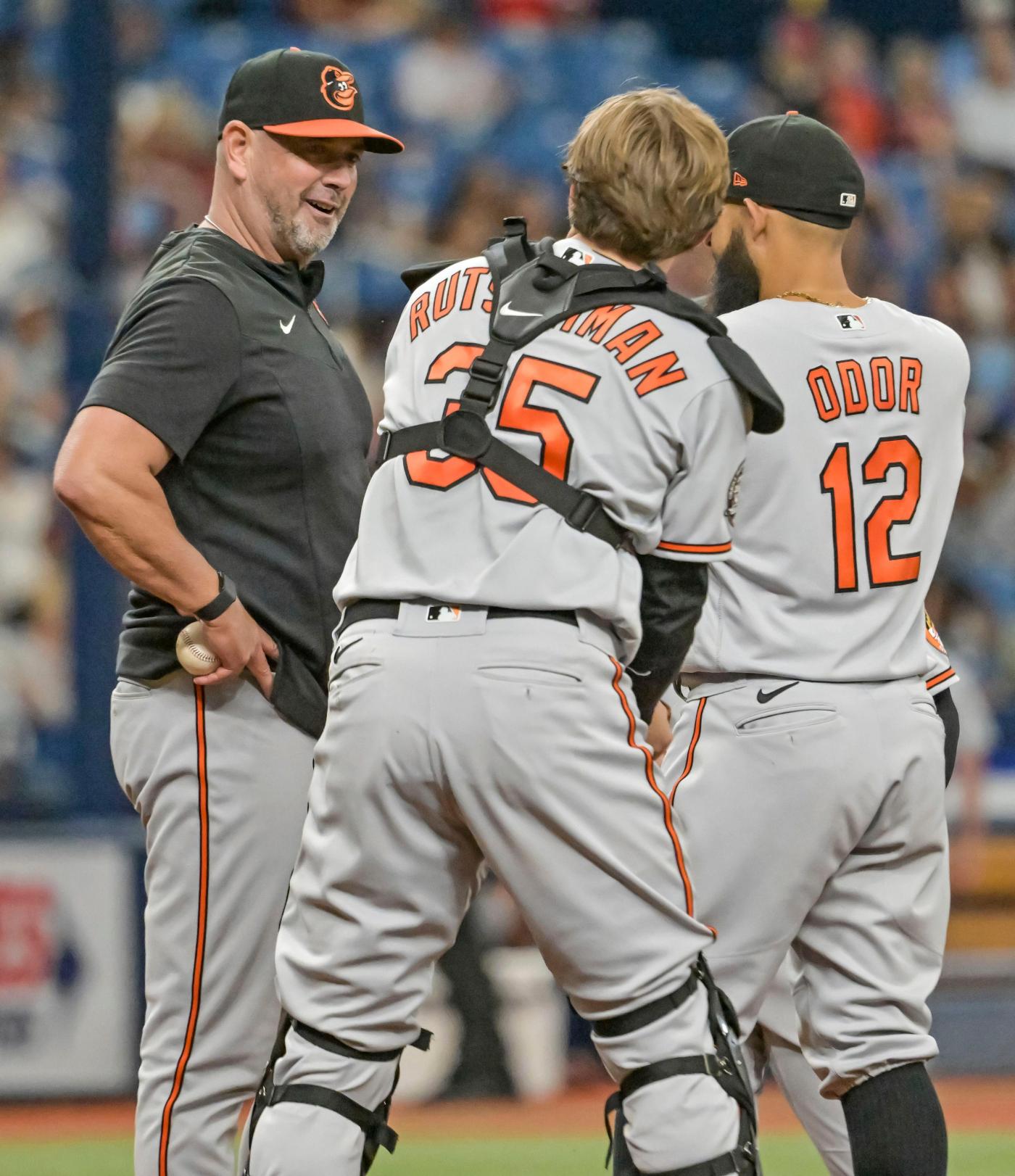 Jordan Lyles prides himself on pitching deep into games to pick up the Orioles and their bullpen. In Sunday’s first-half finale at Tropicana Field, his teammates couldn’t completely return the favor after his shortest start with Baltimore.

The Tampa Bay Rays knocked out Lyles in the third inning, scoring in each of his frames to build a six-run lead in what ended as a 7-5 loss for the Orioles, their 17th defeat in their past 19 games in St. Petersburg. Baltimore has dropped 14 straight road series against the Rays, a drought dating to June 2017.

Sunday’s defeat cost the Orioles (46-46) a winning first half, though being .500 at the All-Star break is certainly an accomplishment given how they were expected to perform entering the fourth full season of their rebuild.

Of their final 72 games, 39 come against other teams in the American League East, with all of the Rays, New York Yankees, Boston Red Sox and Toronto Blue Jays in playoff contention. The Orioles are 3 1/2 games behind Toronto for the AL’s third wild-card spot.

The most veteran member of Baltimore’s pitching staff, Lyles has little experience in a pennant race over his decade in the majors. With the Orioles using recent off days to give him an extra start before the break, Lyles put them in a hole early. After hitting Harold Ramírez with a pitch that broke his right thumb, Lyles allowed a home run to Randy Arozarena, his 13th in 30 career games against Baltimore. A walk to Brett Phillips, who entered play with one hit in his previous 34 at-bats, to begin the second became a run when Josh Lowe doubled him home with two outs.

Arozarena led off the third with a single, getting thrown out at home with no outs on a double from Brandon Lowe, a Maryland product. But that free out did little to help Lyles, who after a two-out walk surrendered a three-run home run to Phillips, his first long ball since May 17.

It marked Lyles’ shortest outing in 47 appearances and the first time he failed to pitch into the fifth in 19 starts for Baltimore. His 107 2/3 innings are over 11 more than any other Oriole has had in the first half during manager Brandon Hyde’s four-season tenure.

The Orioles chipped at Tampa Bays’ lead, getting RBI singles from Adley Rutschman and Ramón Urías in the fourth only to leave the bases loaded despite two at-bats in that situation. Rougned Odor’s two-run home run in the sixth got the Orioles within two, though Francisco Mejía homered on Keegan Akin’s first pitch of the bottom half.

Austin Hays did the same with Pete Fairbanks’ opening offering of the eighth, but after Rutschman followed with a double, the bottom three hitters in Baltimore’s order stranded him at second.

Behind Lyles, right-hander Bryan Baker stabilized the game with one of the most impressive relief outings an Oriole has provided in recent years.

Baker struck out all five batters he faced, becoming the first Baltimore pitcher to face at least five batters and retire all of them since pitch tracking began in 2008. After Phillips’ homer, Baker punched out Mejía on six pitches, threw 15 to strike out the side in the fourth, then puntuated his outing his a three-pitch strikeout of Arozarena to start the fifth before giving way to Akin.

He said the hook of the exercise bands he was using to stretch snapped off the fence it was connected to and whacked him in his pitching hand. He was unsure he would be available to pitch in Sunday’s game, but he warmed up in the top of the eighth, only to return to the Orioles’ dugout after doing so instead of staying with other relievers in Baltimore’s bullpen.