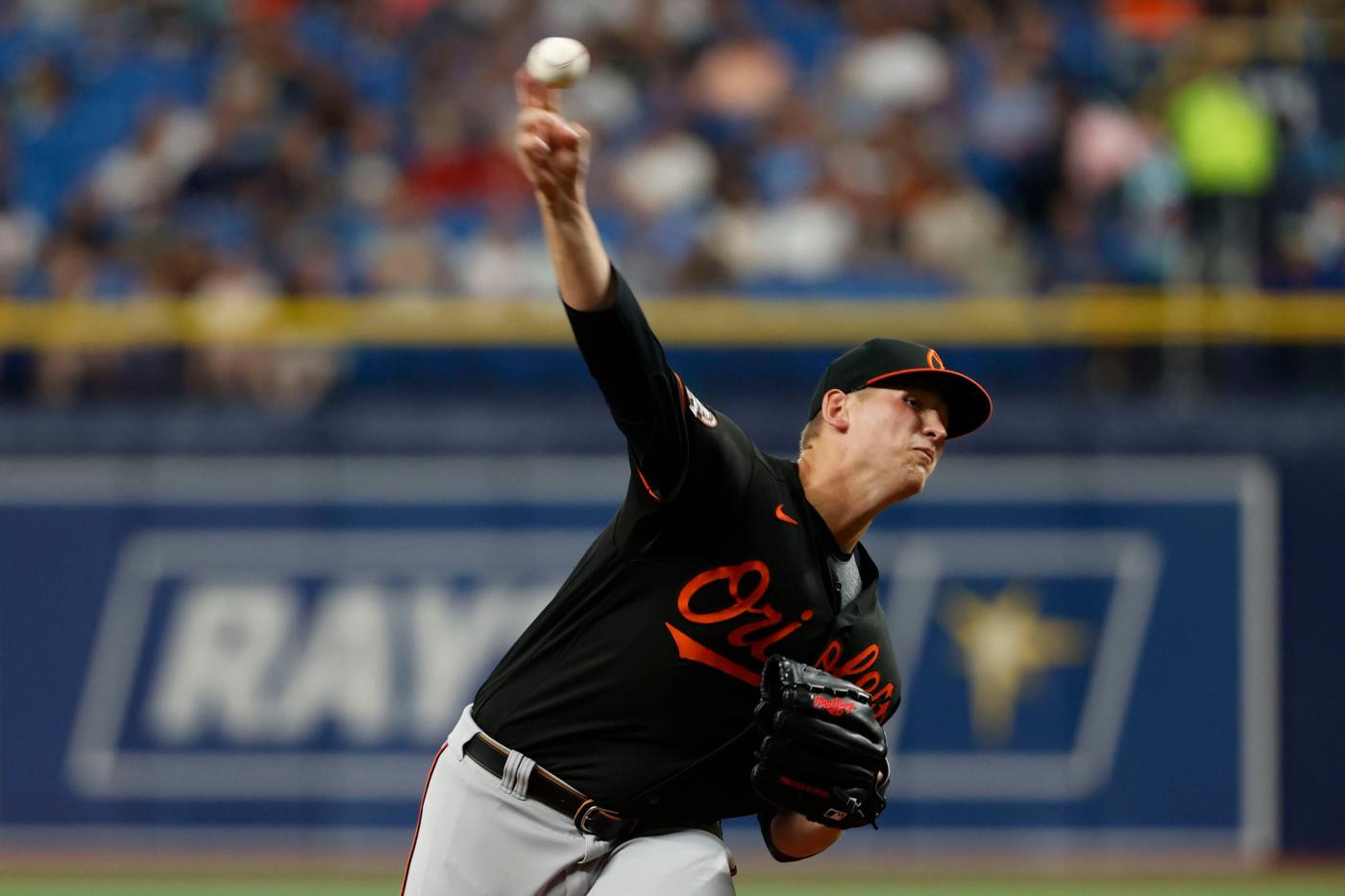 The Orioles have pledged that they show up to the ballpark each night expecting to win. Friday night brought a reminder that the other teams in the American League East feel the same way.

A 5-4 loss to the Tampa Bay Rays ended Baltimore’s 10-game winning streak — their longest since 1999 — each leg of which came against a team outside of their division. The defeat, which of opened the final series of the first half of the season, brought the Orioles (45-45) back to .500. They are 15-20 against the AL East’s other four teams, all of whom entered Friday in playoff position, and 30-25 against the rest of the league.

They have particularly had trouble at Tropicana Field. Friday marked their first visit here since a series-opening sweep, one manager Brandon Hyde said before the game “feels like a long time ago.” Although the Orioles are playing much better than when they last left, the result was the same, as they’ve lost 10th straight and 16 of 17 their past games in St. Petersburg.

Trey Mancini’s solo homer in the top of the third held up through the bottom half, marking the first time in 62 innings the Orioles led after an inning at the Trop. A frame later, Ramón Urías extended the lead with the first of his two home runs, though those blasts to left field bookended five straight runs for Tampa Bay.

A leadoff walk issued by Tyler Wells in the bottom of the fourth stung when Yu Chang doubled with one out to score the Rays’ first run. Wells retired the next seven batters he faced before consecutive doubles from Josh Lowe and Chang tied the game and ended his outing.

Hyde turned to left-hander Cionel Pérez, who hadn’t allowed an earned run in over a month. But he surrendered a third straight Rays double, this one from Francisco Mejía, that gave Tampa Bay its first lead of the night. Mejía came home when Christian Bethancourt snuck a home run over the venue’s short left field wall, with Orioles left fielder Anthony Santander seemingly overrunning a fly ball umpires initially ruled foul.

The ball had an expected batting average of .060, according to Statcast, tied for the sixth-lowest on a home run the Orioles have allowed since 2015.

Urías struck a more definitive two-run shot in the eighth to get the Orioles within one, but it marked their only run-producing hit with a runner in scoring position all night. Rookie catcher Adley Rutschman went 0-for-3 in those situations, twice coming up empty with the bases loaded.

The Orioles have changed since their previous visit to Tropicana Field. So has Wells.

In his first major league start, Wells allowed four runs while recording five outs. Over his next 17 starts, he has a 3.01 ERA.

Wells is the first Orioles starter with such a stretch in one season since Chris Tillman in 2016.

The Orioles originally listed their starter for Sunday’s first-half finale as TBA, but Hyde said right-hander Jordan Lyles will “more than likely” make that start, with Baltimore using recent days off to give the innings-eater another outing before the All-Star break.

Right-hander Austin Voth, who has taken the past five turns in the Orioles’ rotation, will be available out of the bullpen.