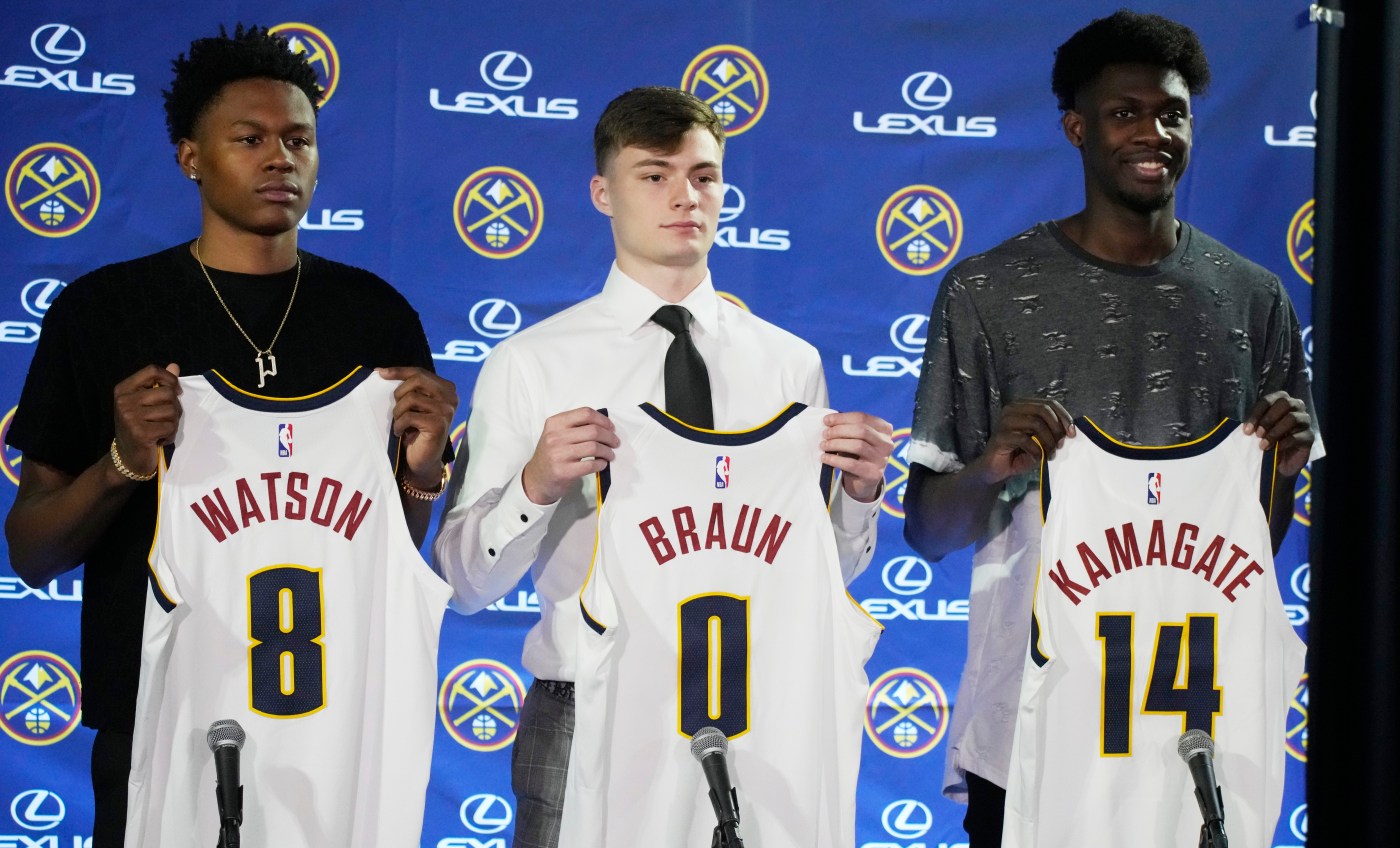 LAS VEGAS – Peyton Watson knew he was better than what he showed.

If his Summer League debut Friday night revealed how much farther he had to go before becoming a rotation player for the Nuggets, his second act Sunday reaffirmed what made him the No. 30 pick in last month’s draft.

Watson scored a team-high 19 points on 8-of-12 shooting and snatched seven rebounds in Denver’s 84-76 victory over the Cavaliers, their first win of Summer League.

Cast in some corners as a first-round reach, the Nuggets valued Watson the person and believed strongly in his potential. Furthermore, they were enamored with the type of player, at his position, that he could become. At 6-foot-8 with an expansive wingspan, Watson has the frame to be a defensive stopper. On that end of the floor, he might already be NBA-ready.

Watson’s second Summer League game was a far cry from his first one. There was less forcing and more reacting, which yielded the results everyone around the Nuggets’ organization wanted to see.

“I think I showed the foundation of the things I can do (in Game 1), but I definitely think that I could’ve played better in a couple different areas,” Watson said on Saturday. “Taking care of the ball a little bit better, and just overall, shooting and my decision-making.

While his outside jumper remains a work in progress, it’s everything else that he does that seeps into the outcome of the game. There was the ability to initiate from the point guard spot, the extra effort on closeouts and the willingness to hit the floor and grab deflections.

And then there’s his energy. When Christian Braun misfired off a corner 3-pointer late in the second quarter, there was Watson to ram home the second-chance dunk.

“I almost didn’t run down because I’ve got that much faith in Christian,” Watson joked. “… When I saw the way it bounced up off the rim, my eyes lit up.”

New teammates Kentavious Caldwell-Pope and Zeke Nnaji stood up in their courtside seats as Watson hung from the rim. Nnaji flexed for his teammate. At the next stoppage, Caldwell-Pope offered some encouraging words for the rookie. Nuggets head coach Michael Malone, seated alongside his regular players, applauded the effort.

Watson is a long-term project who will inevitably spend significant time in the G League with the Grand Rapids Gold this season, but the potential is obvious.

On Sunday, the Nuggets ran pick-and-roll with him as the ball handler and used him in delayed actions. Watson said he grew late in his development and was therefore comfortable on the ball. He took guys off the dribble, finished through traffic and scrambled all over the floor, once nearly running into Malone while chasing down a loose ball in the first half. If his play Sunday was any indication, his effort isn’t going to wane.

And neither will his accountability.

“That’s one thing I love about this organization is that there aren’t any ‘yes men,’” Watson said. “They tell you what you need to improve on, but they also give you your flowers when you’ve done some good things.”