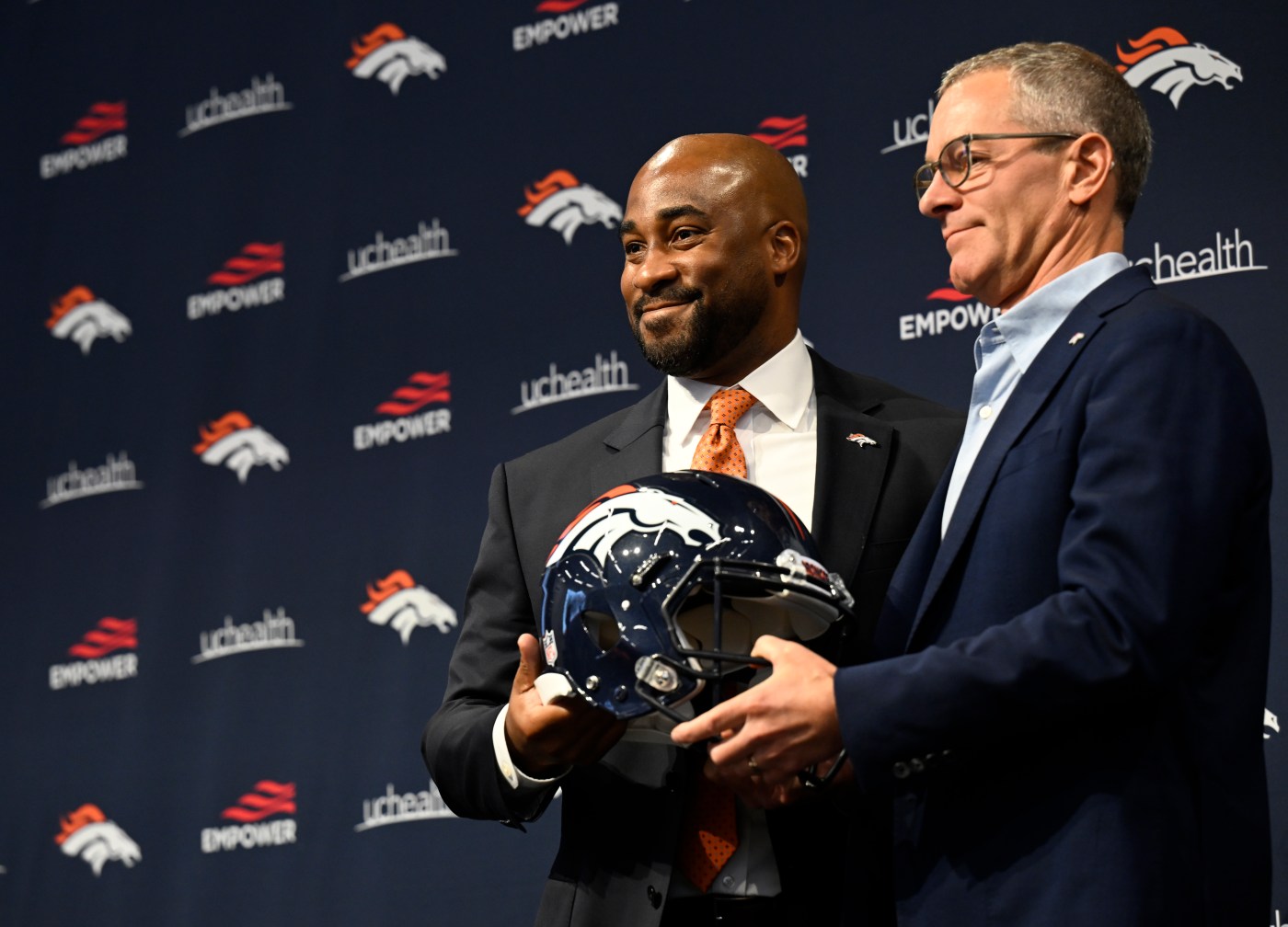 When the purchase of the Broncos was finalized Aug. 9, the Walton-Penner ownership group reiterated its unfamiliarity with professional sports in general and the NFL in particular.

Two days later, they hired Damani Leech as team president, outfitting the Broncos’ front office with a 25-year veteran of the NCAA and NFL.

Leech was officially introduced by CEO Greg Penner during a news conference Monday.

“When we began this comprehensive search, our goal was to identify a forward-thinking, innovative leader for the Broncos,” Penner said. “We wanted to find someone who could steer our business operations with innovation and integrity, working collaboratively across the organization.”

Leech joins the Broncos after working at the NFL office since 2015, the last three years as the league’s chief operating officer of NFL International. He will run the Broncos’ business operations and report to Penner.

Leech played football at Princeton and worked 17 years at the NCAA, rising to managing director of championships from 2013-15.

At the NFL office, Leech was initially vice president of strategy and business development before taking on the international role, leading a staff based in Toronto, Mexico City, Shanghai, Los Angeles and New York.

“At the league office, you have the benefit of really seeing all 32 clubs and understanding what makes things really successful in this league,” Leech said. “I plan to take a lot of those learnings — data practices and experiences — and really try to connect back to what we do here that’s already successful and look for opportunities to be even better.”

Penner said Leech’s NFL experience was “definitely an important part of the process.”

“His understanding of how the league works and the relationships he’s built across the league working with all 32 organizations is going to be invaluable to us,” Penner said. “The connections he has in sports and business will be particularly important.”

“It’s been a terrific three weeks (since the purchase was finalized),” Penner said. “Just getting a chance to see how the football operation works and (general manager) George (Paton) and Nathaniel — it’s intense. The preseason, it seems to drag on for a little while, but I think Nathaniel has our team ready. I think we’re going to be in a great position when we get to Seattle and I just can’t wait to get there and get started.”