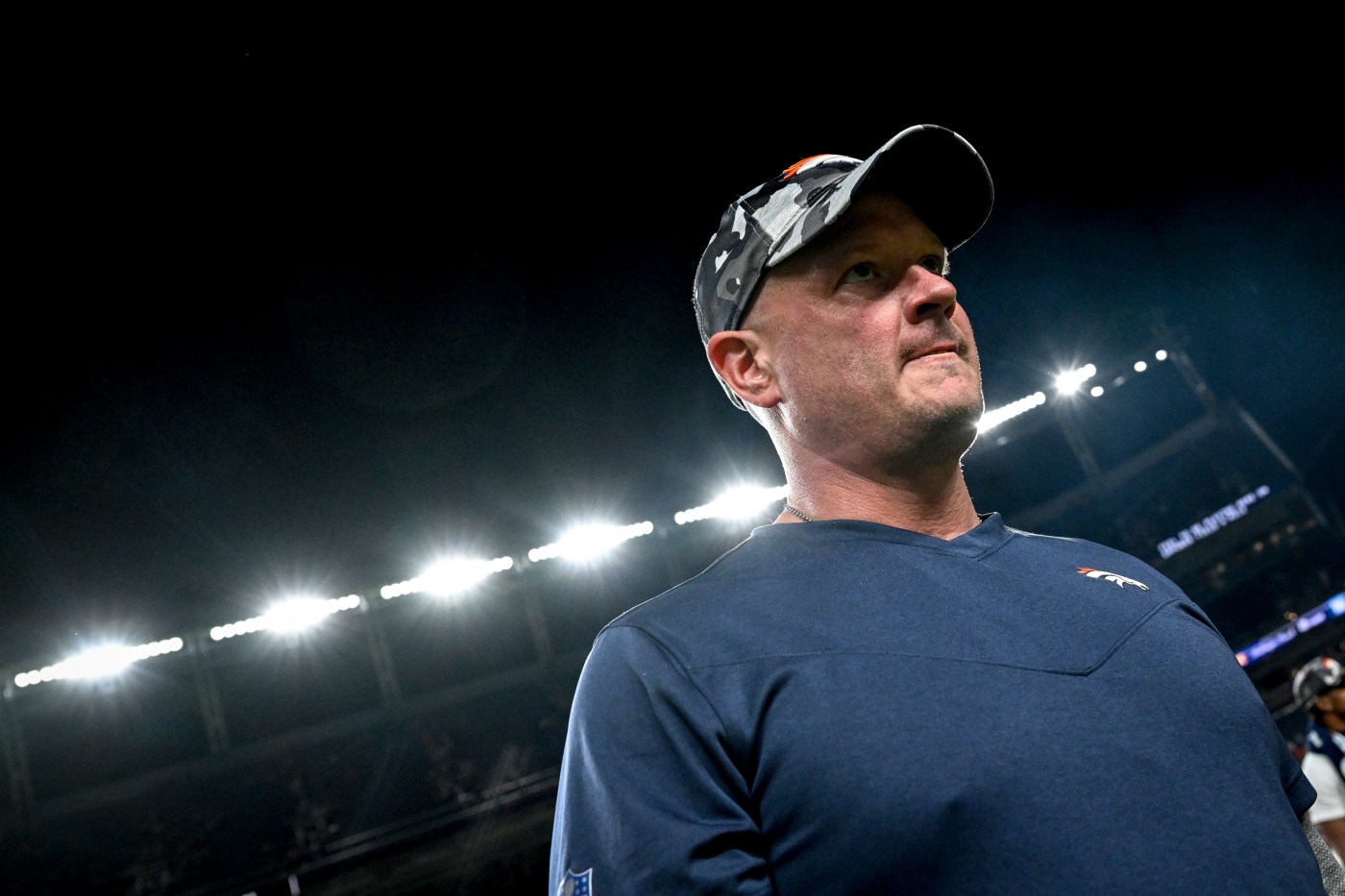 The previous week, in his NFL playoff play-calling debut, Nathaniel Hackett saw his Jacksonville Jaguars offense gain only 230 yards, convert only two of 12 third-down plays and have only one receiver with a reception.

Still, the Jaguars defeated the Buffalo Bills 10-3 in a January 2018 AFC wild card round snooze-fest.

But knowing more offense was required for the Jaguars to win at Pittsburgh as 7 1/2-point underdogs in the divisional round, Hackett went into the tool box … and emptied it.

He used five personnel groups on the first drive. He prioritized a short passing game to set up post-catch yards. And he called a play that resulted in the second and final touchdown reception of fullback Tommy Bohannon’s career.

“He was incredible in that Pittsburgh game,” former Jaguars quarterback Blake Bortles said in a phone interview. “Start to finish, for me, it was one of the better-called football games I’ve been a part of and maybe even watched.”

Was that Hackett’s play-calling masterpiece?

“I hope not,” he told The Denver Post with a laugh. “I hope there are more to come.”

The Broncos hope so, too, and Hackett’s offensive background and success was a main reason he emerged as Vic Fangio’s replacement in January, tasked with ending the franchise’s six-season malaise in which they have failed to finish higher than 22nd in scoring.

How Hackett will call the plays when the Broncos open next Monday night is Seattle is cloaked in mystery. The starters, led by quarterback Russell Wilson, didn’t play in the preseason and Hackett hasn’t called plays in a regular season game since November 2018, so we’re in wait-and-see mode as to what ideas he absorbed in Green Bay the last three years and brought with him to Denver.

A look back at the Jaguars-Steelers game, though, provides some hints. Multi-tight end personnel. Play-action passes. And a commitment to establishing the run game. All three should be in the Broncos’ wheelhouse.

Against Pittsburgh, Hackett used multi-tight end personnel on 15 plays during the first four drives, but also used four-receiver/one-running back for a play.

“It was just one of those things … the way we beat the Bills was a little nasty,” Hackett said. “We end up going to the Steelers and I have so much respect for Coach T (Mike Tomlin) and that team and who they are and how they are. You had to dial it up as perfect as you ever could to have a chance.

“We definitely went into the game with some things.”

First quarter: A 21-yard pass to tight end Ben Koyack (five catches in regular season) after he leaked behind the offensive line. A goal-line call to pass to backup guard Tyler Shatley (incomplete on a throwaway) preceded Leonard Fournette’s touchdown.

Second quarter: Hackett schemed up a play that allowed receiver Allen Hurns to convert a third-and-5 against linebacker Sean Spence in coverage, leading to a 21-0 lead.

“In that first half, (Hackett) was lights out,” Bortles said. “His ability do (create mismatches) is second to none.”

Fourth quarter: The lead cut to 28-21 and facing a third-and-8, Hackett called for two inside receivers to run clear-out routes, creating room for receiver Marquise Lee to catch an 11-yard pass, followed by a 45-yard catch by receiver Keelan Cole on a “shot” call (eight-man pass protection).

Fourth quarter: Leading 35-28 with under five minutes remaining, Bohannon lined up as the fullback in one receiver-two tight ends-one fullback-one tailback personnel. A perfectly-designed play, Bohannon charged forward as if to block and was wide open for 14-yard touchdown when Spence bit on the play-action fake.

“I think that game was a huge moment in Nathaniel’s career,” said his father, Paul Hackett. “The fullback going down the middle wide open? Nathaniel had put some things together that played to the strength of his offense and it just really came together. That victory was saying to him, ‘You’re on the right track. You’re doing absolutely the right thing with your offensive concept.’”

Broncos running backs coach Tyrone Wheatley held the same title for the 2017 Jaguars and said Hackett was able to “tie it all together” with his play-calling.

Paul Hackett called plays in college and the NFL during a four-decade coaching career and broke down Nathaniel’s play-calling approach, which the Broncos hope mirrors the success Jacksonville had in 2017.

“I think he’s ahead of the play call — that’s what all good play-callers do,” Paul said. “They’re 2-3 moves ahead. I just love watching how that gets orchestrated. The other thing is, he grew up with a dad who said, ‘Hey, you don’t ever want to repeat a play because the defense might figure it out.’ I don’t think he sticks with that. He says, ‘Wait a minute, if I can run the ball, I’m going to keep running it and if I can throw it, I’m going to keep throwing it.’

“There is a method to his madness.”