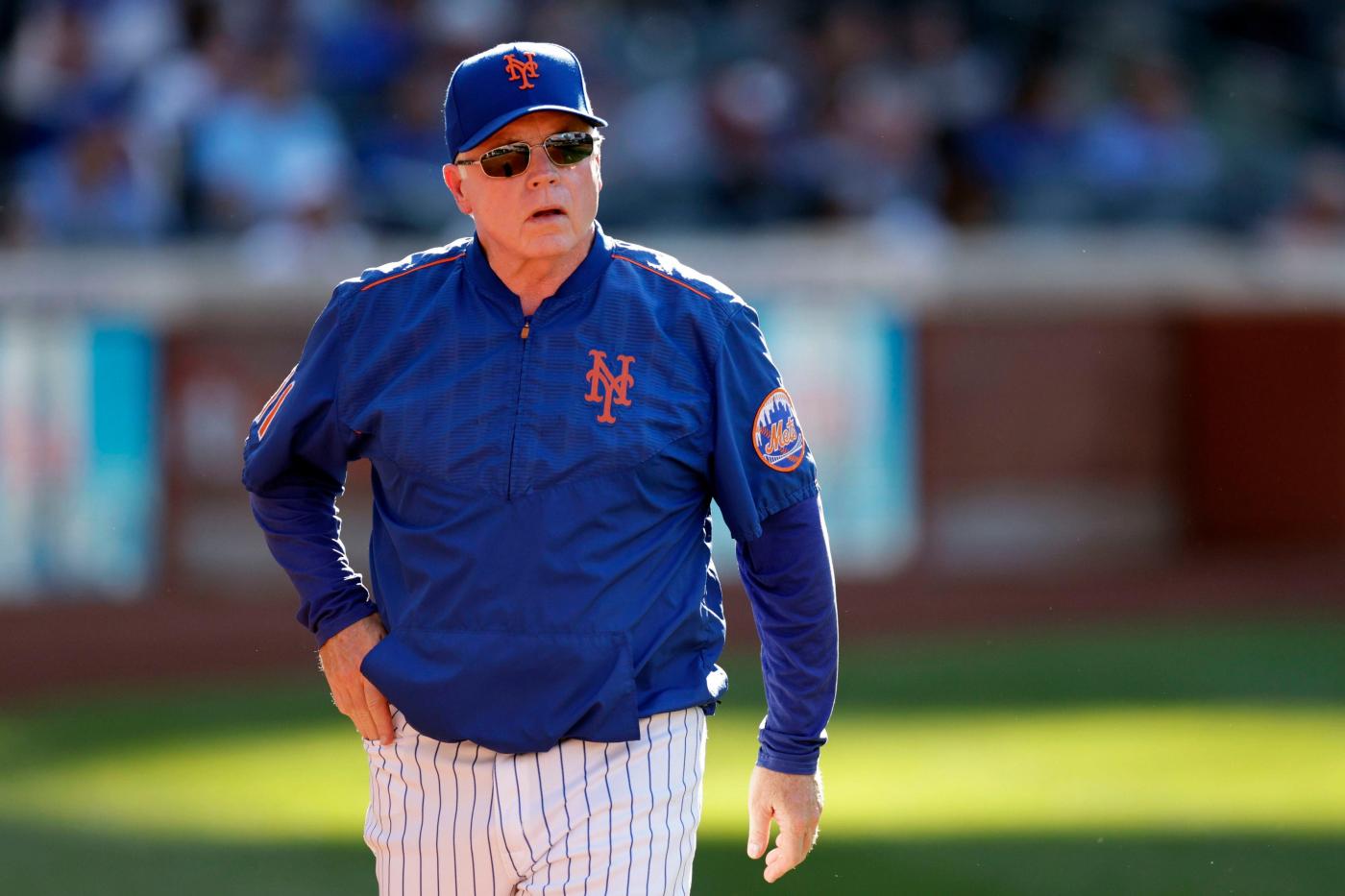 Earlier in the season, he made an off-the-cuff plea for the Gold Glove awards to include one for a utility infielder. On Tuesday, the league and Rawlings — the company that they partner with on the Gold Gloves — announced that they will do just that.

“They didn’t get it from me,” Showalter assured, while also stumping for a fourth outfielder in each league to get one. “You can’t win without a utility infielder. It’s a great recognition, it is. It should be on the All-Star team, really. It is a position.”

The Mets’ manager then racked his brain for people that the award could be a tribute to.

“The Ben Zobrist Award,” he started. “I was just getting ready to say, ‘Who would you name it after?’ Name a really good, championship club. Somebody on that club is going to be that guy.”

This news is noteworthy for the Mets because of Luis Guillorme, the infielder who came to Tuesday’s game with 447.2 innings at second base, 160 innings at third base and 42 innings at shortstop this season. According to Statcast’s metric, Guillorme was one of 19 National League infielders to be worth at least four outs above average entering play on Tuesday. Many of the players ahead of him have also played in far more games.

When it comes time to crown the actual winner of the award, Showalter knows there are other worthy candidates, but he rightfully believes Guillorme can go toe-to-toe with any of them.

“In fairness, everybody will have somebody where they’re going to say, ‘Oh, this guy,’” Showalter said. “But I can’t imagine Luis not being at the top of that discussion.”

Tylor Megill, lurking as a potentially gargantuan piece of the Mets’ postseason bullpen, threw a scoreless, hitless inning for Triple-A Syracuse on Friday. Showalter wasn’t entirely sure if his next rehab outing was going to be Tuesday or Wednesday, but he knows that the big club is close to getting him back after that.

“For Tylor, the discussion is whether he pitches again [in the minors after the scheduled outing] or comes here,” Showalter explained. “We’re probably going to have that discussion some time [Tuesday].”

Megill and David Peterson have been the great unknown for most of the season. The combination of an extremely top-heavy rotation and a sorcerer in the closer role (supported by the still effective but less exciting Adam Ottavino) leaves the Mets perennially looking for middle relief. There’s some hope internally that Megill and Peterson can provide that.

There’s a slight issue, though, in that there’s not a lot of room left in the season to throw things at the wall and see what sticks. With so few games remaining, plus needing to win as many of them as possible, the Mets are going to be doing a lot of on-the-fly appraisal.

“With guys like Peterson and Megill and all those guys, it’s going to be a challenge to wade through that: trying to win the game, number one, but also accomplish some of those things,” Showalter said of their bullpen trials. “The game doesn’t always cooperate where that perfect situation presents itself.”

Showalter acknowledged that Peterson — who he said has served an important purpose for the 2022 Mets — is a starter and the organization wants his overall progression to be as a starter. But when it comes to winning a World Series, sometimes starters are flung into the bullpen because their team doesn’t have a ton of other guys they trust.

“We would like to look at Peterson in the bullpen. We’d also like to look at Megill,” Showalter laid out. “What do you do, take him and catapult him in front of Ottavino, or [Seth] Lugo, or [Edwin] Diaz? How far do you take it?”

With starters changing roles, one other huge concern presents itself.

“The thing you’re going to wonder about is recovery. Can they throw two days in a row? Can they handle two ups? If you think these next two or three weeks are going to answer that in black and white, you’re probably kidding yourself.”

The skipper also said that Max Scherzer will pitch in a baseball game on Wednesday, the club just hasn’t decided if that will be in a rehab game or an MLB one. The phrase Showalter used to describe Scherzer’s physical state was “good and froggy.”

“We think, knock on wood, that we’re in a pretty good place.”

Showalter was also asked for a progress report on Starling Marte. The outfielder is recovering from a partial non-displaced fracture of his right middle finger after getting hit by a pitch on Sept. 6. There have been no official updates on Marte’s ongoing recovery.

“It’s going to be slow,” Showalter said somewhat emphatically. “I’ll say it one more time. He has a broken finger. You can’t put it in some hydraulic chamber and just make the bone grow together. We’d like to. It’s going to heal, and it’s going to heal before the season is over. It just depends on what season you’re talking about.”