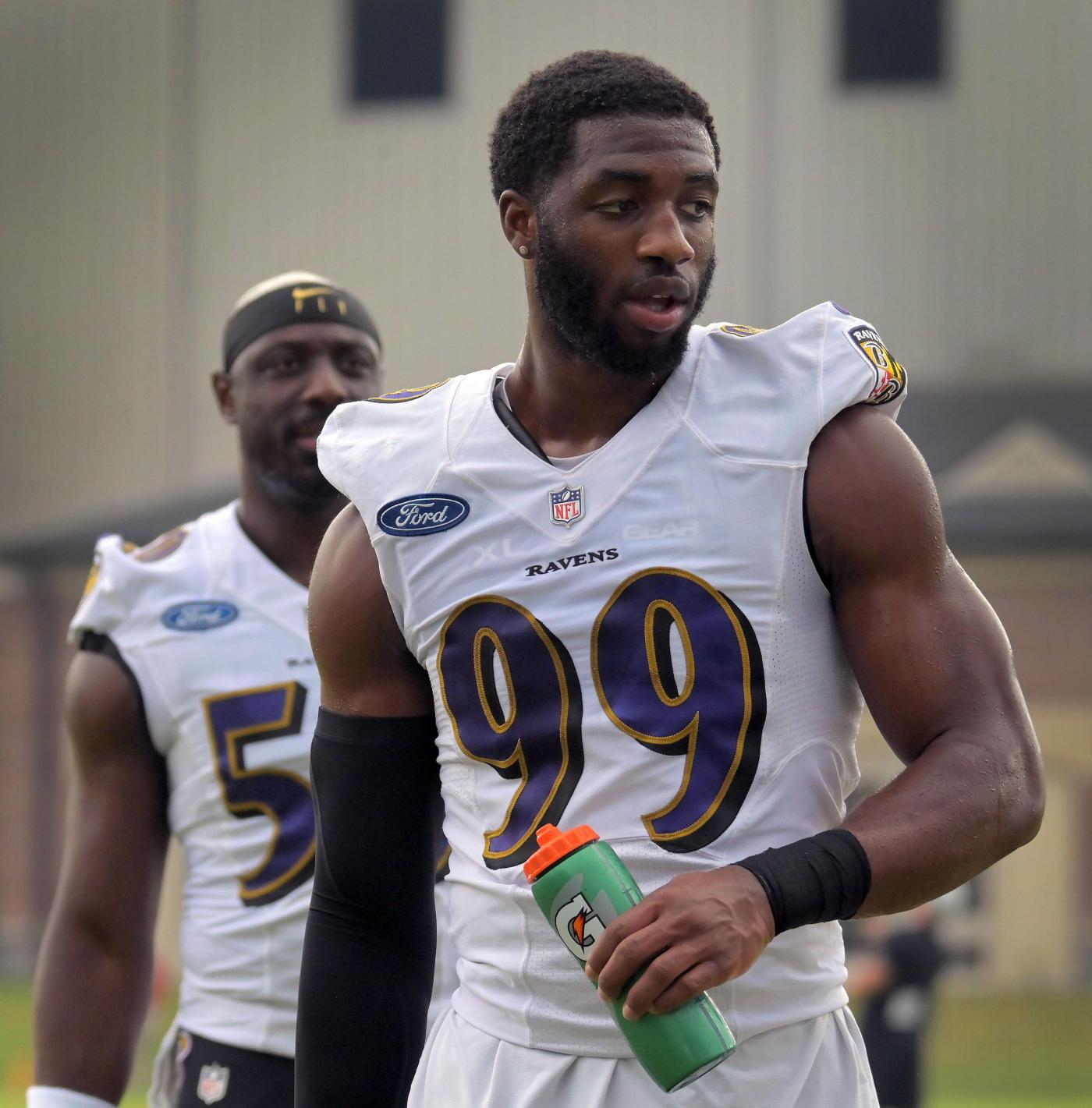 The Ravens appear to be settling on a starting offensive line, but coordinator Greg Roman will continue to shuffle starters in and out for several more weeks.

The battle for the starting left guard spot was expected to one of the most intense in training camp, but Roman says fourth-year player Ben Powers is currently the starter ahead of third-year player Tyre Phillips and second-year performer Ben Cleveland.

Phillips is more athletic than Powers, but Powers has more experience and knowledge of the team’s run-oriented offense. Cleveland has yet to make it to the practice field after failing his conditioning test.

No matter who steps in, left guard and center, where rookie Tyler Linderbaum is projected to start, will be the weakest positions on the offensive line.

“There is a long way to go,” Roman said. “We’ll continue to rotate guys in and give guys the opportunities. There is an ebb and flow to training camp.

“Some guys have great days and then there might be a fair-to-middling day. That’s part of it, so we won’t be too hasty to cast judgement. We’ll have a keen eye on it.”

Roman also said veteran Ja’Wuan James has performed well at left tackle filling in for All-Pro Ronnie Stanley, who is still recovering from ankle surgery but is expected to start the season opener against the New York Jets on Sept. 11. James missed all of last season recovering from a torn Achilles tendon.

Armour-Davis, a fourth-round draft pick out of Alabama, has played well throughout minicamp and the first three days of training camp, but he can’t make it through practices without getting called for holding.

If he stays healthy, he should get some playing time this season because he has outstanding speed and recovery, but he can’t keep his hands off receivers.

He had that problem in college, which is surprising because he was one of the fastest players in the country. But if he can avoid penalties, he could become an outstanding player.

Outside linebacker Jeremiah Moon, an undrafted rookie out of Florida, is a long shot to make the team, but he has been impressive rushing the passer.

The 6-foot-5, 247-pound Moon has good speed and leverage coming off the edge. It will be interesting to see how he plays when the Ravens put on full pads Monday.

No problem for Houston

On the other side of the spectrum from Moon is veteran outside linebacker Justin Houston, now entering his 12th season.

Veterans sometimes take it easy through training camp, but Houston, who had 4 1/2 sacks a year ago, certainly seems to enjoy being around his teammates.

The 33-year-old never backs away from repetitions and is always giving advice to the younger players. He isn’t the dynamic pass rusher the Ravens need, but he is one of those veterans who adds some character to the roster.

There will be a couple “Welcome to the NFL” moments for rookie safety Kyle Hamilton, the team’s top draft pick out of Notre Dame.

One of those came Friday when he was matched up one-on-one with tight end Mark Andrews, who simply ran away from him down the right sideline to haul in a 40-yard touchdown pass.

If Hamilton has a weakness in his game, it’s that he lacks recovery speed. He couldn’t come close to tracking down Andrews, who made a diving catch in the end zone and then stared the rookie down as he finished the play.

Oweh on the rise?

Second-year outside linebacker Odafe Oweh appears to have added some bulk and muscle in the upper part of his body.

The 2021 first-round pick spent the offseason studying tape and adding to his moves, which basically included just a speed rush last season. Thus far, it looks like some of the training has paid off.

The Ravens have lacked a pass-rushing specialist for at least four seasons. By the middle of the year, it will be interesting to see how Oweh has progressed.

The Ravens have been trying some new things in training camp.

Cornerback Marlon Humphrey has been playing both inside and outside, and with the large number of corners on the roster, he might be better off near the line of scrimmage because he is one of the team’s best tacklers.

It will be interesting to see what the Ravens do with fullback Patrick Ricard, especially with six tight ends on the roster. The Ravens have been using Ricard in the slot and as an extra tight end at times.

Ricard isn’t known for catching the ball, but he’ll fool teams on occasion.

You can tell when a coach is getting through to his players when they show up to work before practice.

Quarterback Lamar Jackson continues to have a strong camp, even though he wasn’t as impressive Friday as he was the first two days.

In the first hour, Jackson threw a couple passes that hung in the air like punts, but he settled down to produce a strong second half.

Overall, Jackson is bigger and stronger than a year ago. The Ravens needed him to come into training camp on time to set a tempo, and so far he has delivered.