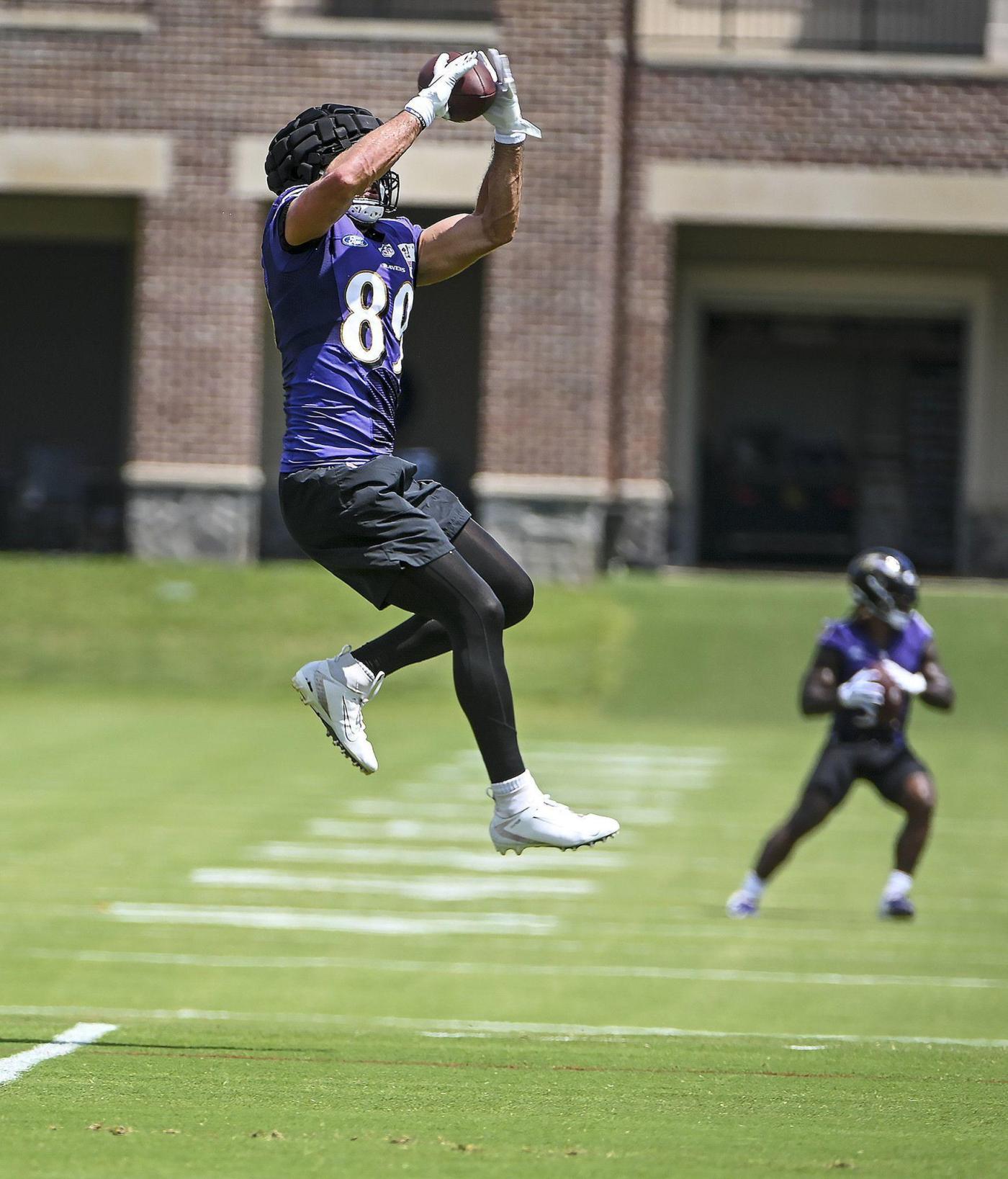 The Ravens already had a surplus of talent in the secondary at the start of training camp, but it has grown significantly with the emergence of rookie cornerbacks Jalyn Armour-Davis and Damarion Williams.

They have eight cornerbacks on the current roster, including Pro Bowl performers Marlon Humphrey and Marcus Peters, proven veterans like Daryl Worley, Kyle Fuller, David Vereen and Robert Jackson, and second-year player Brandon Stephens, who can play both safety and corner.

The Ravens most likely will keep six, meaning Armour-Davis and Williams will likely force defensive coordinator Mike Macdonald to make some difficult decisions for the initial 53-man roster.

“It’s a great problem to have,” said Macdonald, in his first season as the team’s coordinator. “We always say, ‘you can’t have enough corners.’ The short answer is, it’s going to be very tough.”

So far, Armour-Davis and Williams, both fourth-round picks in April’s draft, have played well enough to earn roster spots. They are fast, tackle well, have good recovery speed and most importantly, they have the versatility — an ability to play inside or outside, as well as special teams — that the Ravens crave in the secondary.

“Special teams ability will definitely play a big part of it,” Macdonald said.

Quarterback Lamar Jackson has become more consistent throwing in the red zone, putting the ball in a position where only his receiver can make the catch.

That doesn’t sound like much, but it’s critical. Few quarterbacks in the NFL have done it as well as Tampa Bay quarterback Tom Brady.

But in practice Sunday, Jackson placed three balls perfectly, including one to a sliding tight end Mark Andrews and another to wide receiver Rashod Bateman on a quick slant in.

It appears that second-year guard Ben Cleveland is finally getting into proper shape after failing his conditioning tests several times, which prohibited him from participating in the early days of training camp.

Cleveland, a 2021 third-round pick, did a nice job of run blocking against the Titans Thursday night, and he certainly has more explosion and better feet than he did a year ago.

But he faces an uphill battle to start because starter Ben Powers and backup Tyre Phillips have improved, too. It’s a good problem to have.

It’s apparent coach John Harbaugh was irritated after the Ravens had several false start penalties Thursday night, and now he’s making players jog a short lap if they jump before the ball is snapped.

Rookie right offensive tackle Daniel Faalele, who has improved significantly since offseason minicamp, still struggles with conditioning and often gets tired near the end of practice, which accounts for why he tends to get beat or jump offside. It’s a lack of focus.

There was an ironic Faalele moment Sunday. Immediately after he was penalized, he was seen jogging on the sideline as the AC/DC song “Highway to Hell” blared over the speakers.

There is no certainty that outside linebacker Steven Means, in his eighth season, will make the roster, but few play as hard. He will run, chase and stalk a quarterback all over the field until he has trouble breathing.

He has a good first step and strong explosion upon first contact, but it might be a numbers game for Means. Regardless, some team will give him an opportunity if the Ravens let him go.

Before each practice, Means, 31, is always one of the first players on the field working on his technique.

Andrews in the clutch

When you watch Andrews practice, it just gives you confidence that he is going to make a big play in crunch time. He’s snatched almost every pass thrown his way during training camp.

The confidence isn’t as strong when it comes to Bateman. He’ll make some amazing plays, like taking a quick out from Jackson, escaping a tackle from defensive back Kevin Seymour and turning it into a 40-yard touchdown.

But earlier in the practice he had a one-on-one with rookie safety Kyle Hamilton, whom he had beaten by two steps, and then he dropped a long touchdown pass from Jackson.

It just leaves you shaking your head.

It’s always fun to watch a veteran player like defensive end Calais Campbell or outside linebacker Justin Houston run 30 yards down the field to catch a ball carrier or attempt to strip the ball from his arms.

The younger players like that, which is a huge part of the reason Campbell, Houston, guard Kevin Zeitler, linebacker Josh Bynes and Peters are on the roster.

The Ravens have a key veteran in almost every position group, and that stuff rubs off.