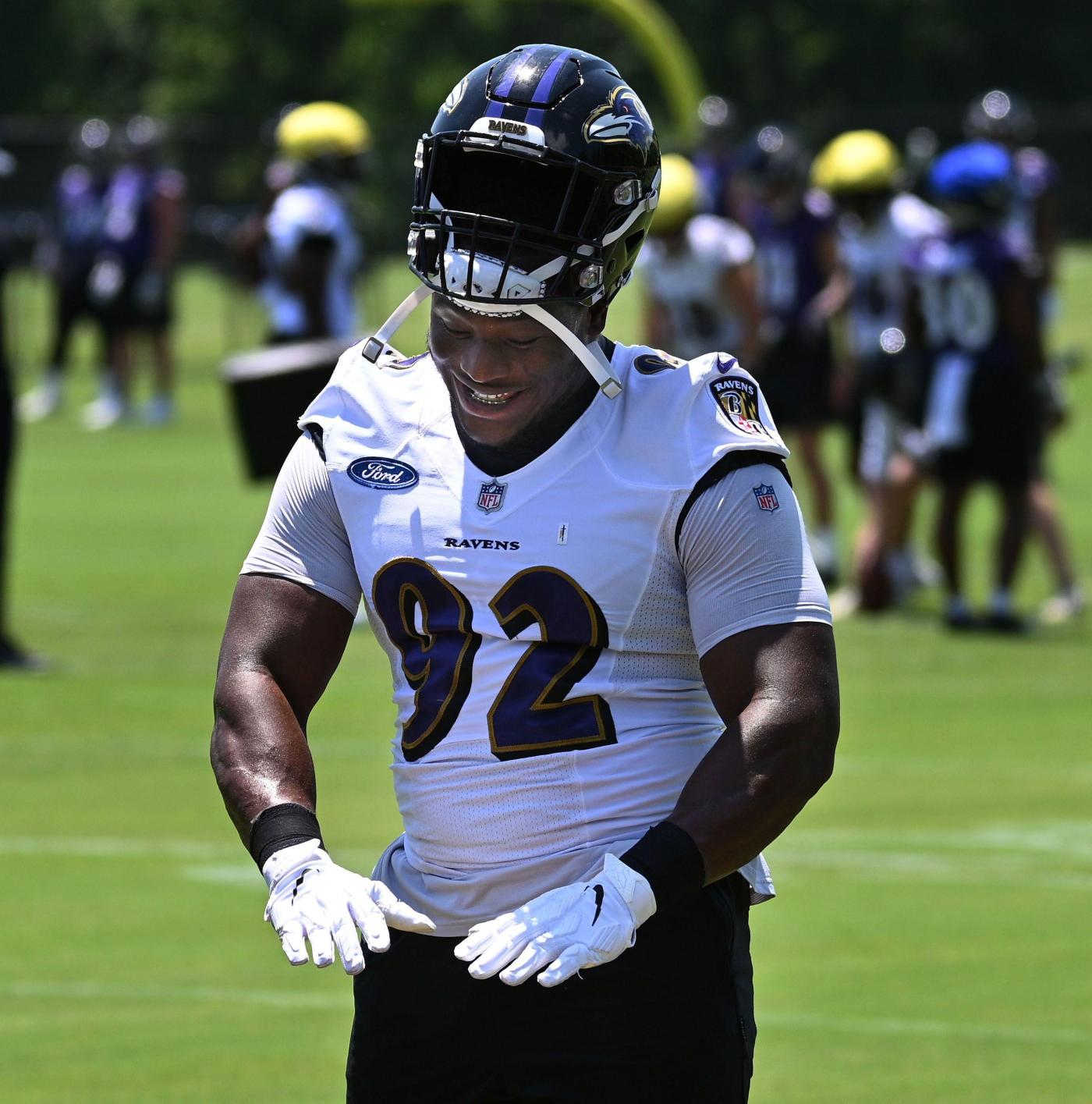 Players usually live in hotel rooms or dorms with very little contact with family or friends. The food is good — nutritional — but not to the young players who have spent their college careers dining on fast food. Meetings seem to take forever, but not as long as the practice sessions, which can last for several hours.

Regardless, training camp is “the make it or break it” time for a lot of NFL players, even those who have been in the league for a while.

Here, I take a look at the Ravens who need to have strong training camps not just to make the roster, but for the overall success of the team in 2022:

It’s not that Jackson has a lot to prove, but he sets the tone. It was never more evident than in OTAs.

The offense, especially the passing game, was out of sync when he wasn’t there for the three sessions open to the media, but a sense of urgency developed when Jackson arrived for the three-day mandatory minicamp.

Second-year receiver Rashod Bateman made a habit of dropping one or two passes in practice sessions when Jackson was absent but had hands like glue once he participated. If Jackson doesn’t appear on time for camp because of contract negotiations, it will be a cause for concern.

Boyle needs to show he has recovered from a severe leg injury that set him back the past two seasons. He has slimmed down but blocking was his biggest asset. With rookie tight ends Isaiah Likely and Charlie Kolar sniffing around for playing time, Boyle needs to play well to hold a roster spot.

No one wants to put pressure on a rookie, especially a center, but he starts every play on offense. The trigger guy can’t struggle to snap the ball. Linderbaum, the second of two first-round picks, runs well but could use a little more size at 305 pounds. He might struggle early but he appears to be a fast learner. His play will have an immediate impact.

James hasn’t played a complete season in the last three years with the Denver Broncos and Ravens. He played only three games in 2019 because of a knee injury, then opted out in 2020 because of coronavirus concerns. Then he was forced out all of last season, his first with Baltimore, with a torn Achilles tendon.

He would give the Ravens some depth in case Pro Bowl left tackle Ronnie Stanley isn’t 100% recovered from an ankle injury suffered nearly two years ago. James played at both tackle positions in minicamp, but his upper body looked much stronger than his lower half. A strong showing in training camp would create major relief for the Ravens.

Someone has to step up and claim the starting left guard position, and both Powers and Phillips have a lot to prove. Phillips is in his third season, a point when most NFL players start to mature. Powers is in his fourth year, which means it’s time for him to let management know he is going to be around for a couple of more seasons. Or, maybe he just isn’t ready for the prime time.

Pierce is in the same situation as James, someone who hasn’t done much the past two seasons due to injuries and the coronavirus. Pierce needs to show up to training camp at a good weight and in decent shape because the Ravens definitely need a starting nose guard. If Pierce isn’t ready, the Ravens might have to look at rookie Travis Jones, the third-round pick out of Connecticut. He has the size, speed and quickness, but could use at least a year as an understudy.

The Ravens are counting on their third-year player to have a significant impact. In a sense, he can be like Jackson. He can set a tone early with his penetration on running plays and ability to rush the passer. Madubuike has done just about everything he needs to do to become a dominant player; now it’s time to prove it. It starts in training camp.

The second-year player and fifth-round pick out of Notre Dame needs to establish himself as a force. He performed well in the offseason minicamps, but now has to prove himself when the pads and lights are on. Training camp is showtime for Hayes, and the Ravens need a strong pass rushing outside linebacker.

Badie, a sixth-round pick in April’s draft, is another one that needs to prove it with the pads on. The rookie played well in minicamps and was the best receiver out of the backfield. The Ravens made veteran Mike Davis feel good about himself with J.K. Dobbins and Gus Edwards out nursing injuries and starting training camp on the physically-unable-to-perform list, but if Badie can give the team the weapon in the passing game they haven’t had in years, he’ll stick around in Baltimore.

There isn’t any worry that the second-year player could get cut, but where do you play him? He played well last season alternating between cornerback and safety, but the Ravens have a surplus at both of these positions. A strong training camp should define more of a role.