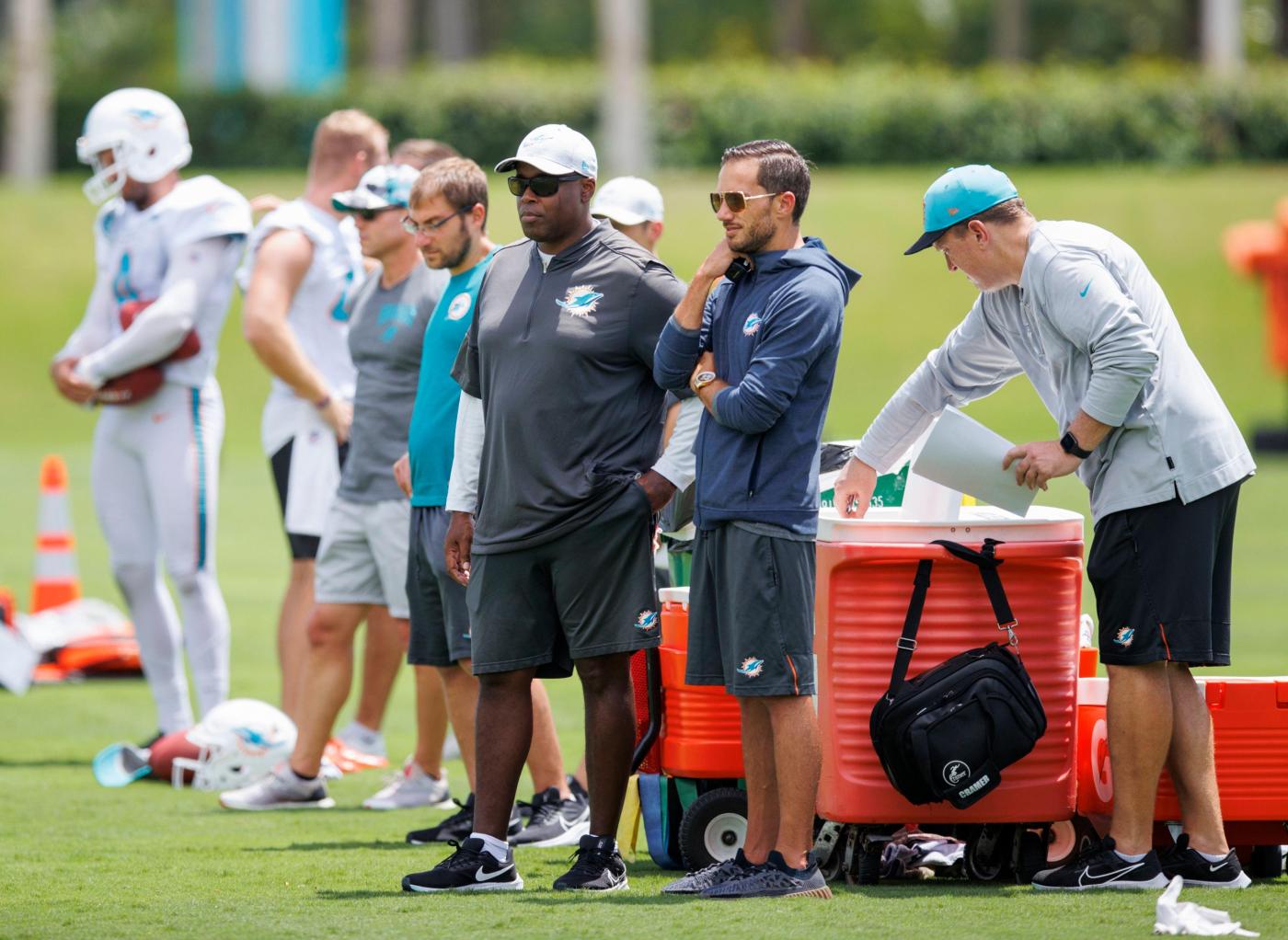 What would you expect Miami Dolphins coach Mike McDaniel’s favorite position in football to be?

McDaniel was a wide receiver at Yale, and some of his early assistant coaching experience came at that position. But it’s not his favorite.

With McDaniel being the mastermind behind the San Francisco 49ers’ run game the past several seasons, is it running back? Offensive line play? No, that’s not it either.

It’s not even quarterback for the offensive wiz.

“By far, in football, my favorite position is D-line and edge,” McDaniel said on Thursday. “I think they can be the most impactful players on the field outside of the quarterback because they dictate the terms the quarterback is able to play on and they establish the line of scrimmage.”

It’s telling then why McDaniel was a fan of adding extra depth on the edge in the form of veteran Trey Flowers to a group that already looked solid. Sure, outside linebacker Andrew Van Ginkel has not practiced in recent weeks after having his appendix removed, which could put his status for the opener against the New England Patriots on Sept. 11 in jeopardy, but the Dolphins already added Melvin Ingram earlier in the offseason, have Jaelan Phillips developing into a standout, get a consistent pass rush from defensive end Emmanuel Ogbah and can rotate inside linebacker Jerome Baker outside at times.

“I’m of the belief that you can’t have too many of those guys,” McDaniel said. “I think the more quality guys you have, the fresher they can play, the more issues they give you offensively because now you’re preparing for six different pass-rush moves instead of two that a particular player has.

“I’m trying to pitch to [general manager Chris Grier] to draft a defensive lineman or edge every [expletive] year because it’s that valuable,” continued McDaniel, dropping an inadvertent F-bomb as the topic got him so excited. “Those guys, they really are so impactful in both phases. You’re talking about the run game and the pass game. There’s not a down that they can’t really impact the game, and that’s what makes that position unique and special to me.”

Flowers, who has 64 starts in seven NFL seasons between the Patriots and Detroit Lions, didn’t know McDaniel had such an affinity for defensive trench play before signing with Miami, but he’s glad to find out and can figure why his new head coach with an offensive background feels that way.

“I think he just understands, elite defenses, that’s where they start,” said Flowers, who is 6-foot-2, 265 pounds with 261 career regular-season tackles, 31 1/2 sacks, 10 forced fumbles and four fumble recoveries. “It starts up front, and it starts on the edge. Him being an offensive guy, just scheming the edge, scheming the D-line, things like that, I guess he feels an attraction for that group to be able to do their job.”

Flowers believes he’ll do a mix of standing up as an outside linebacker and putting his hand in the ground as a defensive end with the Dolphins, which he did in Detroit. Earlier in his career in New England, that ratio favored him with his hand in the ground, while he has stood up more in recent years.

He said he’s happy to join a potential contending team in Miami where he has familiarity with defensive coordinator Josh Boyer from their days together with the Patriots.

“Being where I am, I just want to make every year count,” said Flowers, who turned 29 on Aug. 16. “I just want to be able to make my contributions any way I can.”

Said left tackle Terron Armstead, who has had opportunities to face Flowers in practice this week: “Trey’s always been an impressive player. He’s a veteran in this league. He’s won at the highest level, Super Bowl champion [twice, 2016 and 2018], got a lot of experience.”

Ingram likes the idea of having multiple capable edge rushers rotate in and keep each other fresh.

Phillips is building off a franchise rookie-record 8½ sacks in 2021 as he’s looking to play as a more all-around outside linebacker in 2022.

“The things that he’s done, especially in the last two weeks, you can see the game starting to slow down for him,” Armstead said. “Athletically, he’s a freak. He’s made in a lab.”

Flowers summed up the Dolphins’ defensive depth on the edge: “It’s a lot of productive guys on this team. They understand the system. They play well. They play hard. I think it’s great depth.”