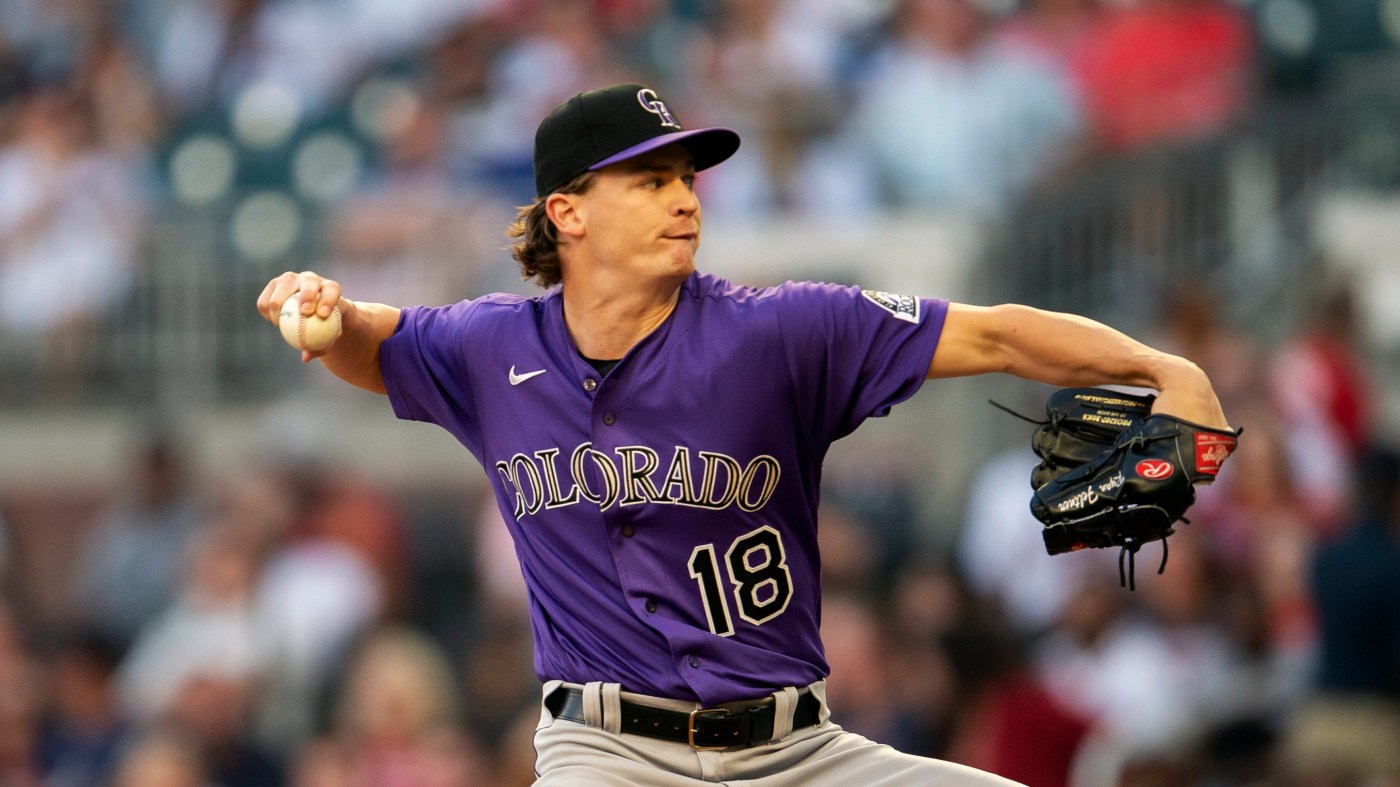 Now, taking off the purple-colored glasses, the Rockies lost 3-2 to the Braves on Wednesday night at Truist Park as right-hander Kyle Wright put together a dominant performance.

Wright, facing the Rockies for the first time in his career, blanked them for seven innings.

Wednesday’s loss snapped the Rockies’ two-game road winning streak. Colorado, which has scored a not-so-grand total of 14 runs in its last eight road games, has not managed a three-game winning streak on the road this season.

Colorado has played very well at Truist Field since it opened in 2017, entering Wednesday’s game with an 11-2 record at the suburban Atlanta ballpark. But they were never in Wednesday night’s game — until Toglia’s homer lit a candle of hope in the ninth.

TOGLIA HOME RUN.
🚨
THIS IS NOT A DRILL.
🚨@MichaelToglia 1ST CAREER HR. pic.twitter.com/sjiQQEOtH3

Feltner, trying to stake his claim in next season’s starting rotation, didn’t pitch poorly, giving up just five hits in his 5 2/3 innings. But he made a handful of mistakes that cost him big-time.

In the first inning, Feltner issued a one-out walk to Dansby Swanson before hanging a 1-0 slider to the dangerous Austin Riley. The Braves’ third baseman crushed the slider for a two-run homer to right field, his 32nd homer of the season.

In the fifth, Ronald Acuna Jr. rocketed a two-out solo homer to center off Feltner. Acuna hit Feltner’s first-pitch changeup 444 feet to dead center, the hit rocketing off his bat at 111 mph.

The Braves led 3-0, and with Wright on the mound, the Rockies were in deep trouble. The right-hander won his 17th game, allowing five singles, striking out six and walking two.

The two clubs will play the rubber match of the three-game series on Thursday night at Truist Park.