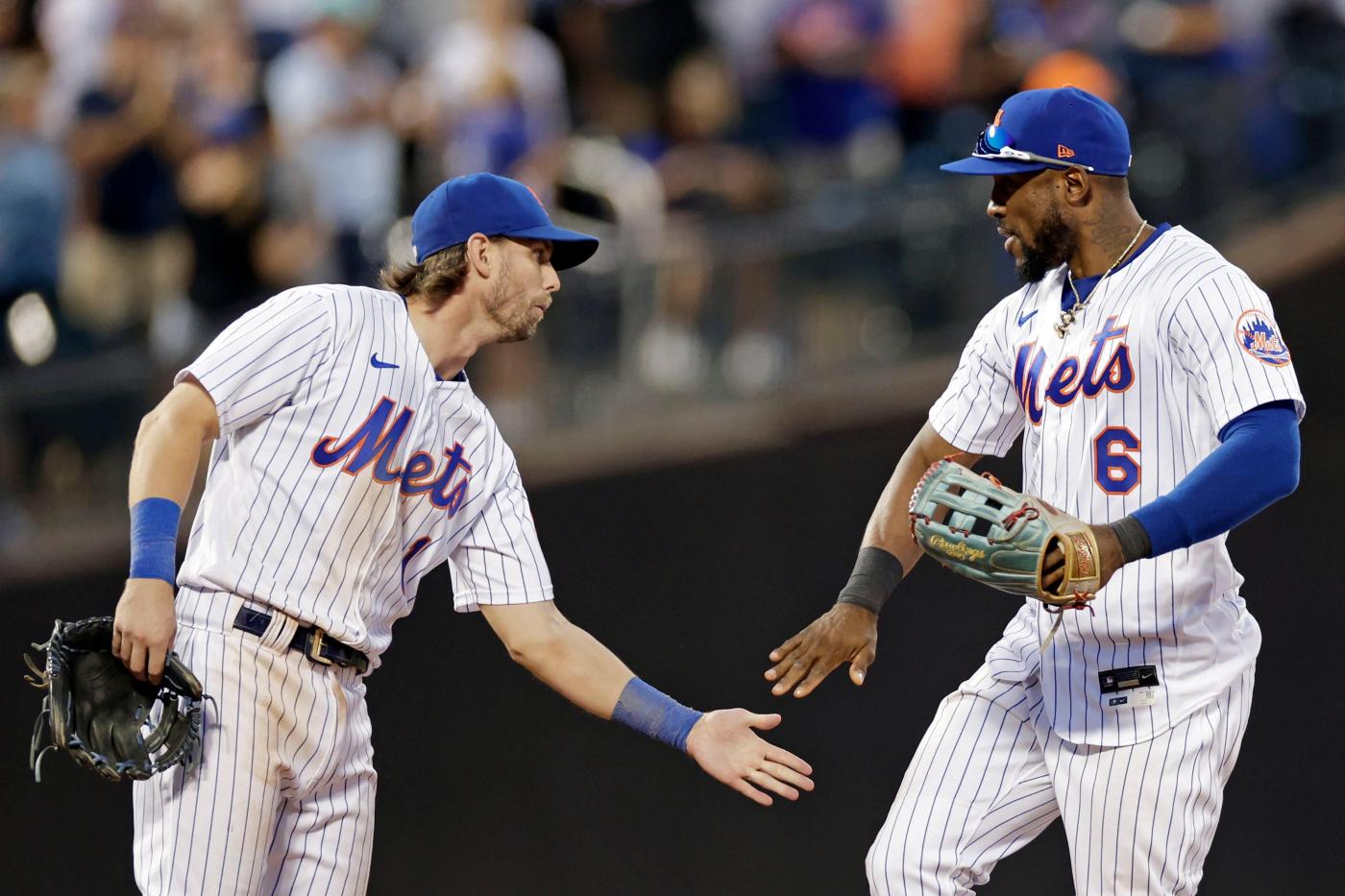 The Mets need to figure out how to hit starting pitching.

Luckily, their next 16 games are against the Nationals, Pirates, Marlins and Cubs, which could be exactly what they need to heat the bats up again.

But in Thursday’s 5-3 win over the Dodgers, it didn’t matter. The Dodgers’ bullpen was not up to the task, letting the Mets score two runs in the sixth and two more in the seventh to salt the game away. Chris Bassitt was his typical unsexy self, but yet another quality start led to a win, and the Mets officially clinched the season series against their stiffest competition for National League supremacy. While seven games in the regular season are not remotely the same thing as seven games in the postseason, the Mets have to feel good about taking four of the games.

For much of the last two weeks, scoring runs has been a challenge. Entering Thursday’s game, the Mets had only generated more than three runs in a game one time since Aug. 22, which is when they kicked off their two-game series at Yankee Stadium. That came against the Rockies at Citi Field. When the Mets have faced a fellow World Series contender recently—be it the Dodgers or the Yankees—they’ve struggled tremendously to get anything going at the plate.

Clayton Kershaw was the problem on Thursday. The Dodgers’ future Hall of Famer was pulled after just five innings and 74 pitches, but he absolutely made the most of them. Despite facing seven batters in the first inning, Kershaw rafted through some treacherous waters to allow just one run during that frame. That was all the Mets would get off him, as he then retired each of the last 12 batters he faced.

The Mets flipped the switch when 36-year-old righty Chris Martin came in for relief. Starling Marte, the first batter he faced, reached on an infield hit. He used that same speed to score from first when Francisco Lindor spanked a double into the right center field gap. After Lindor stole third and Darin Ruf lifted a towering sacrifice fly on the seventh pitch of his at-bat, the Mets had stolen the lead from a team that dominated them for the first five innings.

Two more runs came in the seventh thanks to yet another moment that makes you question if the Mets are in fact a team of destiny. First, James McCann split the left and center fielders for a double, which was just his third extra base hit since the Fourth of July. Granted, the much-maligned catcher missed most of July with injury, but the sight of him coasting into second base has not been a common one this season.

Even stranger, McCann later scored because of Mookie Betts misplaying a ball. The Dodgers’ all-world right fielder failed to communicate with second baseman Gavin Lux on a blooper, and when it fell between them, the Mets had the run that made their 84th win of the year feel inevitable.

More abnormalities followed after that. Buck Showalter, probably wisely, pressed the Edwin Diaz button in the eighth inning instead of the ninth. That allowed his best reliever to face Freddie Freeman, Will Smith and Max Muncy, leaving the bottom of the order for the ninth inning. While Diaz gave up some hard contact, a hard-to-come-by earned run and ended up having to face two more hitters than the minimum, it was still a good process by Showalter despite the somewhat unusual results. Also, if facing five hitters in an inning instead of three is noteworthy for a reliever, that means they’re having a pretty damn good season.

Adam Ottavino did the honors in the ninth inning, just as the sun set on Flushing and the Los Angeles Dodgers. In a game that started so poorly for them, continually banging their head against the wall while facing Kershaw, the Mets rebounded beautifully to exploit a few overmatched relievers and capitalize on the opponents’ mistakes.

That sounds like a pretty sound recipe for beating the Dodgers again next month.