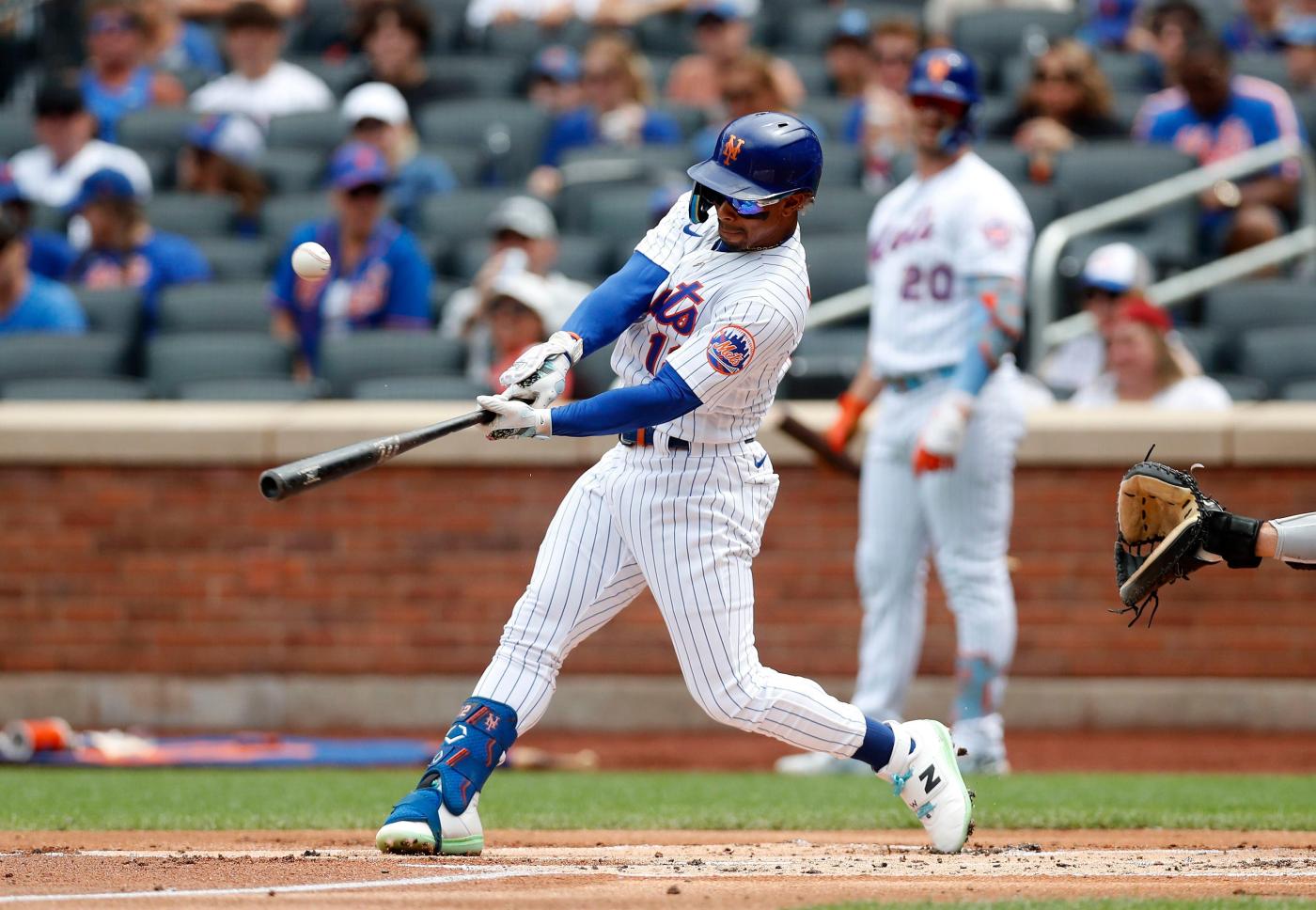 This time last week, the Mets had just wrapped up four wins in a five-game series with the Braves.

After this weekend in the sun, facing a different playoff hopeful in the National League East, the Mets won another series while holding the Phillies to two total runs.

The Mets’ 6-0 win in Sunday’s rubber match was their second straight shutout of their I-95 rivals. For the first time in the series, the Mets’ hitters matched their mates on the mound, bashing ten hits and inflicting the type of damage that Zack Wheeler hadn’t experienced in a month.

Wheeler, the Phillies’ hurler and ex-Met (who probably should have won the Cy Young last season), had allowed five earned runs total in his last four starts. The Mets only needed four innings to match that total on Sunday.

The third batter Wheeler faced broke a franchise record. Francisco Lindor’s dying quail into right field scored Brandon Nimmo, who missed a leadoff home run by six inches and had to settle for a double. The RBI for Lindor put him at 82 on the season, breaking Jose Reyes’ single season mark for a shortstop. Lindor’s reemergence is one of the myriad reasons why the Mets are also going to flirt with the club’s record for single-season wins. But the fourth inning was truly indicative of the team they’ve become in Buck Showalter’s first season.

With two outs in the inning, Pete Alonso lounging at second base after rocketing a double down the left field line, Mark Canha fell in an 0-2 hole. The third pitch was a tough slider at the knees, but Canha fought it off for a foul. Wheeler’s next pitch was center cut and Canha, not trying to do too much, shot it to the opposite field for a two-out, two-strike RBI.

That’s nothing too exciting or notable on its own, but what followed was a pure distillation of what it means to be a Met in 2022. Not wanting to let the inning die, Luis Guillorme jumped on the first pitch of his plate appearance and produced an RBI single of his own.

Jeff McNeil pumped the bellows next, working a walk to keep the line moving, putting runners at first and second for James McCann. He seemed to be in full swing mode for this fourth-inning opportunity, hacking at a first-pitch sinker that wasn’t even a strike. The inside pitch became another base hit.

As Guillorme scored easily, Phillies’ center fielder Brandon Marsh lazily tossed the ball back into second. Reading the play the whole way, McNeil noticed the lackadaisical effort and decided to sprint home from third base. The Phillies appeared a bit flustered, and though their throw to the plate beat McNeil, catcher J.T. Realmuto couldn’t corral it. That’s how McNeil ended up scoring from first on a single, how the Mets strung together four straight base runners with two outs, how they put this game away, and, in many ways, how they’ve made their bones all summer.

One more run off Wheeler came in the sixth. Daniel Vogelbach, the Mets’ clown prince of milkshakes, padded the lead with a home run off of Wheeler that left the bat at 107.9 miles per hour, and the Citi Field crowd rose to its feet at the speed of sound for the lefty who has quickly become integral part of the squad.

If there’s anything troubling the Mets recently it’s their minor muscle issues. Eduardo Escobar has been at war with his oblique since Friday, and on a day where he was held out of the lineup to rest it, he had to come off the bench to cover another injury. Guillorme’s left groin didn’t agree with him when he ran home on that McCann single. He appeared to pull up a bit right as he was crossing the plate, and a few innings later with Escobar playing third base in his stead, the team announced that Guillorme exited with left groin tightness. He will undergo imaging on Monday to assess the problem.

Chris Bassitt steered the Mets through five innings, then his bullpen notched four innings to complete the shutout. If the Mets repeat this performance next weekend in Philadelphia, it may also put a Vogelbach-sized dent in the Phillies’ playoff hopes.