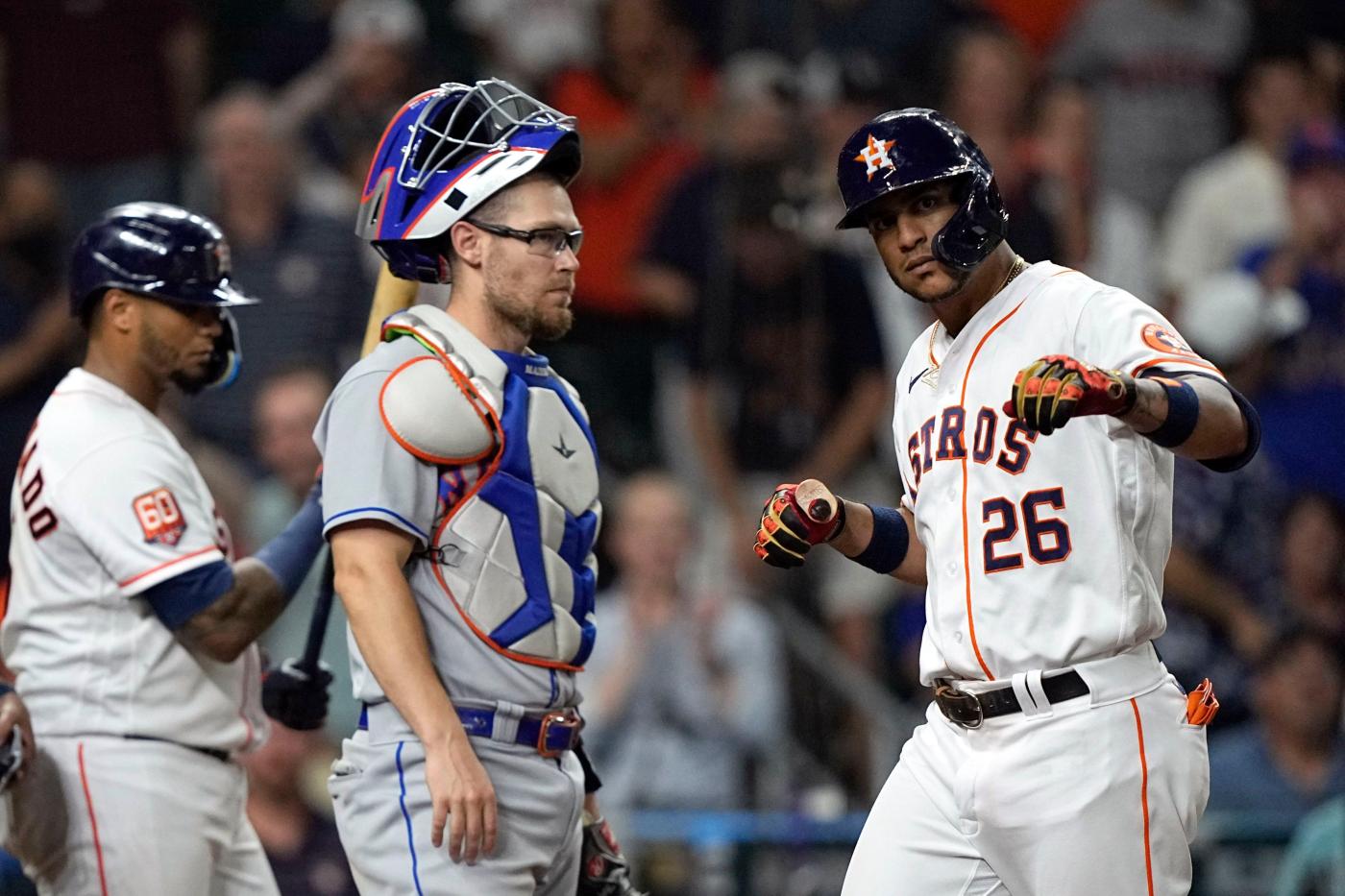 HOUSTON – While Mets pitchers scuffled against the Astros, Max Scherzer was 1,643 miles northeast of Minute Maid Park. He navigated his first rehab start, pitched into the fourth inning and showed flashes of what earned him three Cy Young awards.

On Tuesday night, the Mets would’ve taken Scherzer’s less-than-100-percent performance over the one they got from their big-league staff in an 8-2 loss to the Astros in the opener of a two-game set.

As a spot starter, Trevor Williams at least kept the Mets in the game. But his three runs allowed in four innings hardly represented his best outing. Jose Altuve and Yordan Alvarez tagged Williams for a solo shot and a two-run dinger, respectively, in a third inning that spelled trouble for the Amazin’s bullpen transplant.

Williams, at his best when he’s manager Buck Showalter’s No. 1 option for long relief out of the ‘pen, coughed up three earned runs on four hits, gave up three walks and recorded two strikeouts across four innings and 72 pitches. Williams has a 4.88 ERA (13 earned runs in 24 innings) in six starts for the Mets this season.

Still, when Williams exited his tough assignment against an Astros club that owns a double-digit lead in the National League West, the Mets still had a chance. They trailed Houston by three manageable runs until Chasen Shreve melted down in the fifth inning.

Shreve allowed the Astros to load the bases before Kyle Tucker cleared them with a three-run double in the center-field gap. Alvarez, who was on first base with a walk, blew through third-base coach Gary Pettis’ stop sign and easily crossed home plate on Tucker’s two-bagger. Shreve surrendered one more run, an RBI single to Mauricio Dubon, before the dreadful fifth inning was over.

The Mets (45-25) entered Tuesday with the most runs in the major leagues with 348, but they couldn’t scratch more than one against Astros right-handed starter Jose Urquidy. The lone run off Urquidy came off the bat of Pete Alonso, who now has 20 home runs on the season and 126 in his career. Alonso passed Lucas Duda (125) for eighth on the Mets’ all-time list.

And since the Astros lead the majors with a 2.59 bullpen ERA, Mets bats couldn’t get much going against Houston’s relief corps, either. Eduardo Escobar belted a solo shot off Phil Maton in the sixth inning that trimmed the Amazin’s deficit to five runs, but a late-inning rally evaded them in their first game in five years at Minute Maid Park. The Mets have lost their last seven games on the Astros’ home turf.

The Mets will try for a series split on Wednesday when Carlos Carrasco (8-2, 3.96 ERA) will face off against right-hander Luis Garcia (4-5, 3.41) in the matinee. The Amazin’s are 20-4 following a loss this season, and have not lost more than two games in a row. Following the quick trip to Houston, the Mets will fly to Miami for a three-game set against the Marlins that begins on Friday.