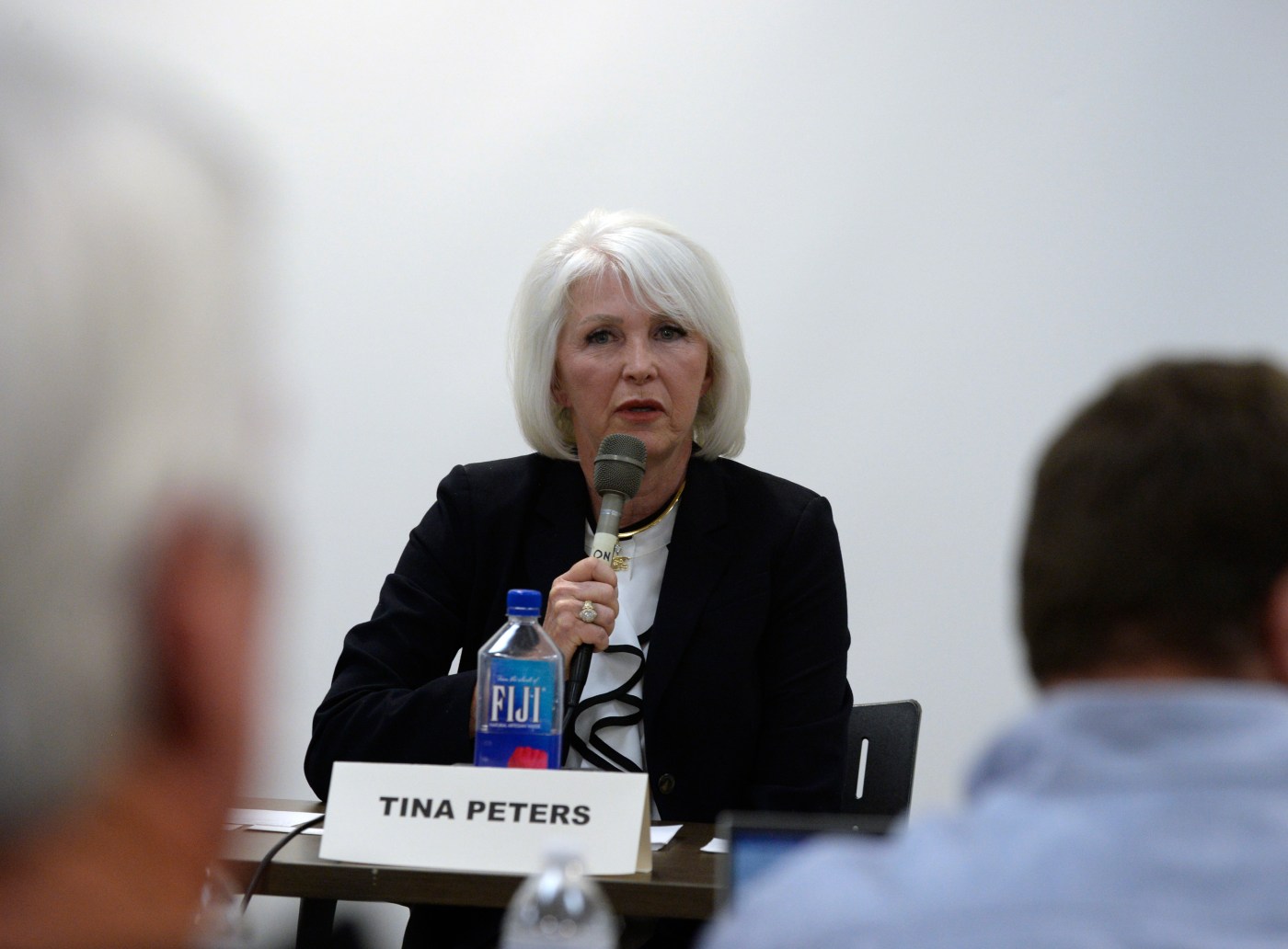 Less than a week after she avoided arrest for going against a judge’s travel order, Mesa County clerk Tina Peters faces a new arrest warrant for allegedly violating a restraining order by contacting a top county election official.

This is the latest in a long list of infractions filed against Peters, the indicted Republican Mesa County clerk and recorder and election denier who faces 10 criminal charges in an election tampering case, seven of which are felonies.

In the arrest warrant signed by a Mesa County District judge Thursday, probable cause exists that Peters committed a violation of a protection order and a violation of bail bond conditions, both misdemeanors. .

The arrest affidavit from Fruita Police Department says Peters contacted the current Mesa County Director of Elections Brandi Bantz even though Peters is subject to a restraining order prohibiting her from contacting anyone in the clerk’s office.

Peters sent an email to all 64 counties’ clerks at 2:43 a.m. on Tuesday and included Bantz, who is serving as the court-appointed designated election official for Mesa County in Peters’ absence.

The clerk unsuccessfully ran for the GOP nomination for secretary of state, and lost her election by a wide margin, barely getting enough votes to land her in second place.

Peters wrote in the email, “I know you have already by now been advised by the Secretary of State regarding a recount. I am, as a candidate with standing, going forward with that request in selected counties. If you have not already been notified, and if you are on the list of those counties for a hand recount, you will be notified to coordinate the day/time that is mutually agreed upon.”

But Peters did not mention in the email that she — and fellow election denier Ron Hanks who ran for the GOP nomination for U.S. Senate and lost — had not paid the cost owed to conduct a recount by the deadline. In a second request, Peters and Hanks asked the office to conduct a hand recount, but the Elections Division in the Secretary of State’s Office declined Tuesday based on state law and elections regulations.

Dwight Shellman, the county regulation & support manager in the secretary of state’s Election Division, wrote to the clerks on Wednesday, responding to Peters’ email.

“To be crystal clear, Ms. Peters did not comply with the statutory conditions for a recount of the Republican Party Secretary of State race, and there will be no recount of that race in any county, whether by machine or by hand,” he said. “If you feel obligated to respond to Ms. Peters’ early morning email, please advise her that her request is improper and that she needs to direct all communications regarding this matter to the Secretary of State’s Office.  Do not separately arrange or coordinate a date and time for a recount of that contest.”

In the arrest affidavit from the Fruita Police Department, an officer wrote that the officer contacted Bantz on Wednesday, saw the email from Peters and found that the restraining order was still active. The arrest warrant signed by the judge called for Peters’ immediate arrest and her bond was set at $1,000.