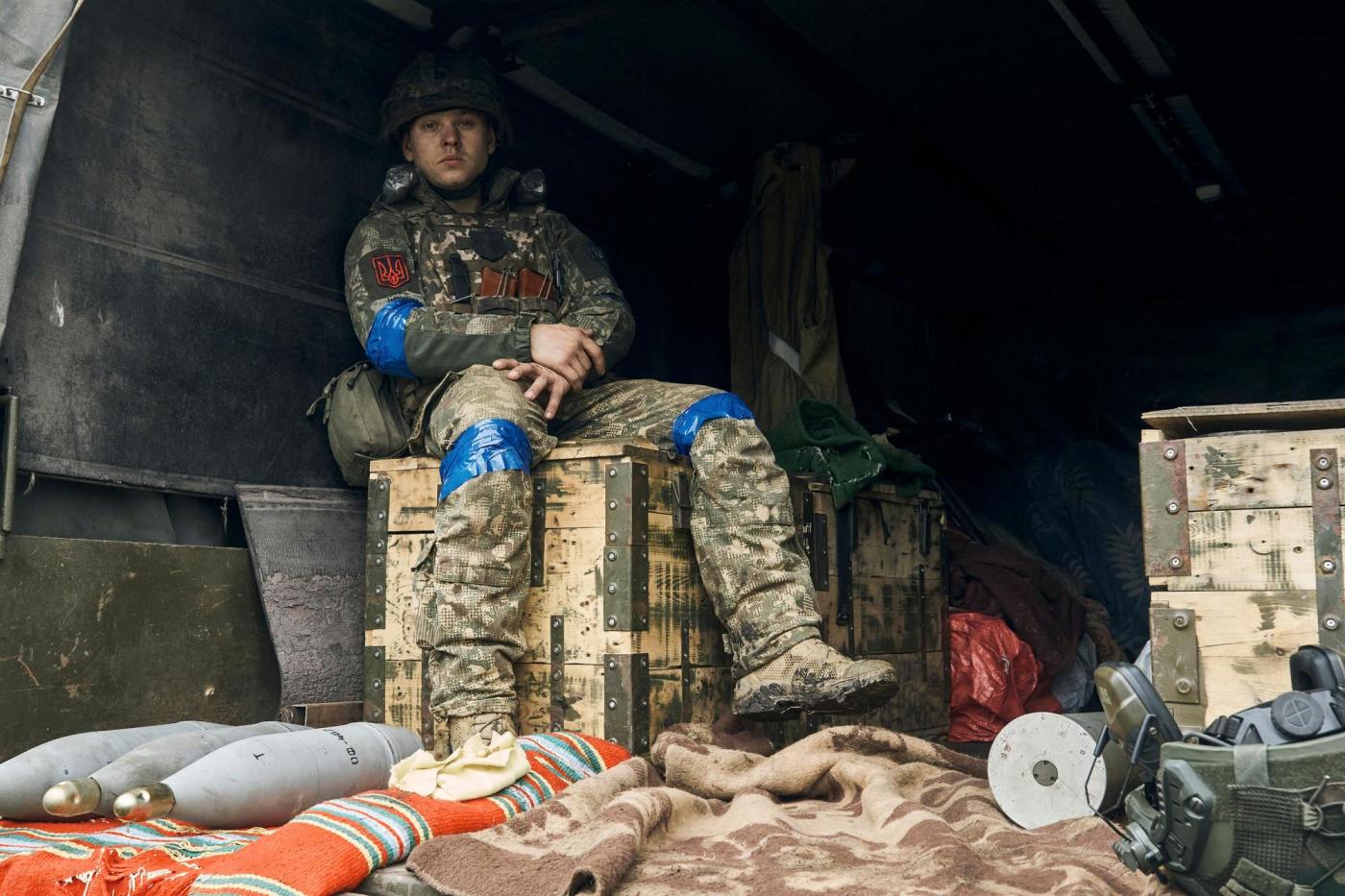 “A mass grave of people was found in Izium in the Kharkiv region. The necessary procedures have already begun there. More information – clear, verifiable information – should be available tomorrow,” Zelenskyy said in his nightly televised address.

Associated Press journalists saw the site in a forest outside Izium on Thursday. A mass grave bore a marker saying it contained the bodies of 17 Ukrainian soldiers. It was surrounded by hundreds of individual graves with only crosses to mark them.

“Buch, Mariupol, now, unfortunately, Izium. … Russia leaves death everywhere. And it must be held accountable for it. The world must bring Russia to real responsibility for this war,” he said.

Russia’s forces left Izium and other parts of the Kharkiv region last week amid a stunning Ukrainian counteroffensive. On Wednesday, Zelenskyy made a rare trip outside Ukraine’s capital to watch the raising of the national flag at Izium’s city hall.

Earlier Thursday, he said that during the five months the Russians occupied the region, they “only destroyed, only deprived, only took away. They left behind devastated villages; in some of them there is not a single undamaged house. The occupiers turned schools into garbage dumps, and churches – shattered, literally turned into toilets.”

A week after a Ukrainian counteroffensive caused Russian troops to retreat from a northeast region, Zelenskyy met with European Union chief Ursula von der Leyen during her third wartime visit to Kyiv. Von der Leyen publicly conveyed the wholehearted support of the 27-nation bloc and wore an outfit in Ukraine’s national colors.

“It’s absolutely vital and necessary to support Ukraine with the military equipment they need to defend themselves. And they have proven that they are able to do this, if they are well equipped,” she said.

Air raid sirens blared twice in Kyiv during von der Leyen’s meeting with Zelenskyy, a reminder that Russia has long-range weapons that can reach any location in Ukraine even though the capital has been spared attacks in recent weeks.

The head of the local government on Thursday reported a new attack on the dam and said emergency crews were working to prevent more water from escaping.

The first attack so close to his roots angered Zelenskyy, who said the strikes had no military value.

“In fact, hitting hundreds of thousands of ordinary civilians is another reason why Russia will lose,” he said.

The U.N. General Assembly said it would vote whether to make a procedural exception that would allow Zelenskyy to deliver a pre-recorded address to a meeting of world leaders next week.

The proposed document to be voted on Friday would have the 193-member body express concern that leaders of “peace-loving sovereign states” can’t participate in person “for reasons beyond their control owing to ongoing foreign invasion, aggression, military hostilities that do not allow safe departure from and return to their countries, or the need to discharge their national defense and security duties and functions.”

On Thursday, the U.N. atomic agency’s 35-nation Board of Governors passed a resolution calling on Moscow to immediately end its occupation of the Zaporizhzhia Nuclear Power Plant in Ukraine. Fears of a possible radiation disaster have surrounded the power station, Europe’s largest nuclear plant, as Russia and Ukraine accused each other of shelling the plant and nearby areas in the past weeks.

The document, which conveyed a markedly harsher tone than previous statements by IAEA officials, passed with 26 votes. Russia and Beijing voting against it, while seven Asian and African countries abstained.

The resolution calls on Russia to return control of the plant to Ukraine and to “immediately cease all actions against, and at, the Zaporizhzhia Nuclear Power Plant and any other nuclear facility in Ukraine.

As Zelenskyy courted allies with the optimism from the events of the last week, Russian President Vladimir Putin met one-on-one with Chinese President Xi Jinping at a regional security summit in Uzbekistan.

Xi’s government, which said it had a “no limits” friendship with Moscow before the Feb. 24 invasion of Ukraine, has refused to criticize Russia’s military actions. At the start of their talks on Thursday, Putin thanked Xi and said he was ready to discuss unspecified “concerns” by China about Ukraine.

“We highly appreciate the well-balanced position of our Chinese friends in connection with the Ukrainian crisis,” Putin said, facing Xi across a long table.

Putin and Xi’s formal meeting on the sidelines of the eight-nation Shanghai Cooperation Organization, a security alliance created as a counterweight to U.S. influence, provided a comparison to Zelenskyy’s encounter with the president of the European Union’s executive commission.

The EU Parliament on Thursday completed the drawn-out process of approving a 5 billion-euro preferential loan to Ukraine, the key part of a 9 billion-euro aid package to offset the cost of war. Zelenskyy insisted his allies needed to provide more weapons, saying the only way to guarantee the security of Ukrainians is to “close the sky” over the country with Western-supplied air defense systems provided by Western allies.

“In the decisive phase that Ukraine currently finds itself, I also don’t believe that it’s a decision which can be delayed for long,” Baerbock said.

In a reminder of the suffering the war already has caused, a volunteer Ukrainian medic who was captured in Ukraine’s besieged port city of Mariupol told U.S. lawmakers Thursday about cradling fellow detainees as they succumbed to torture and untreated wounds.

Ukrainian Yuliia Paievska, who was detained by pro-Russian forces in March and held for three months at shifting locations in Russian-allied territory in Ukraine’s Donetsk region, spoke to lawmakers with the Commission on Security and Cooperation in Europe, better known as the Helsinki Commission.

Paievska, giving her most detailed public account of her time in captivity, described “prisoners in cells screaming for weeks, and then dying from the torture without any medical help.” She continued: “Then in this torment of hell, the only things they feel before death is abuse and additional beating.”