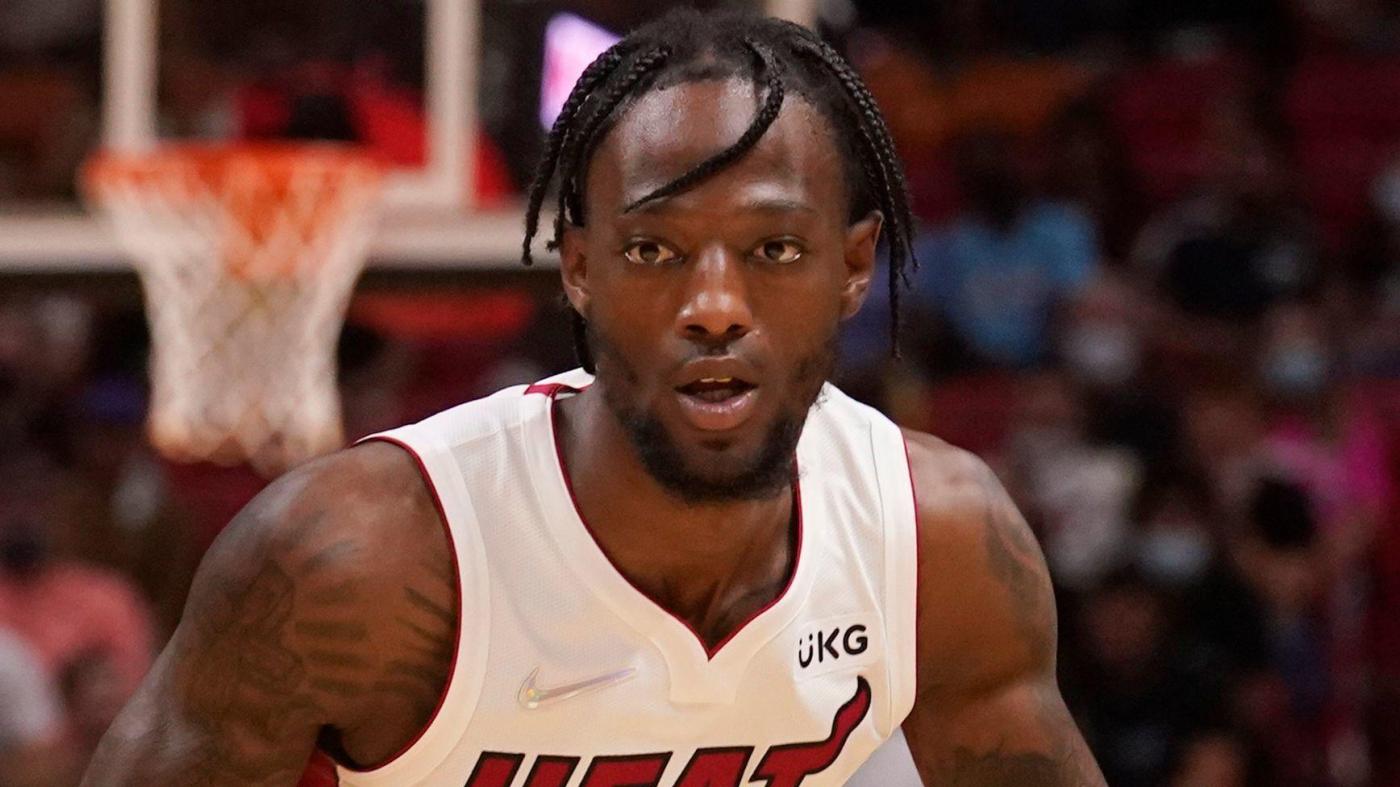 A standout for the Heat in 2021 summer league as an undrafted free agent out of Kansas, Garrett earned a two-way contract with his defensive tenacity and even was on the court for the Heat’s 2021-22 season opener against the Milwaukee Bucks.

But, all the while, his right wrist never was quite right, intermittently missing time while also making it to the court 12 times in a Heat uniform as a rookie.

And then it was over, with January wrist surgery taking him off the roster . . . but not out of Miami and not out of the Heat’s sphere of influence. His rehabilitation was handled in Miami, frequently working at FTX Arena in the interim.

“It was just me being in Miami, staying around, still watching the games,” Garrett said ahead of his anticipated Saturday debut at the NBA Las Vegas Summer League, when the Heat face the Boston Celtics’ summer roster at 5:30 p.m. Eastern (NBA TV). “I wasn’t at the games, but I still lived there. I felt like I was still a part of it and am still part of it.”

This time, Garrett merely returns as a free agent, sitting out the Heat’s three previous summer-league games at the California Classic in San Francisco as he worked his way back.

“They invited me to what happens,” said Garrett, who said he did not solicit outside summer offers. “I came back to finish off what I started. I like this team, this organization and what they stand for. The way they play is something I want to be a part of. So I’ve just stuck with this team.”

While there are no assurances, Heat assistant coach Malik Allen, who is guiding the Heat’s summer roster, said he appreciates the perseverance, having worked with the 23-old-since he arrived from the Jayhawks.

“Listen,” Allen said, “I love Marcus, because he was one of my first guys on the team. You just have that connection, I guess is the best way to put it. And I just can’t express how happy I am that he’s back.

“I think everybody liked what he brought. He’s got a quiet sort of tenacity about him. He’s a good basketball player. I think you forget this guy was one of the best players in a tough, tough conference. And he’s got toughness. And so just for him to be back, go through what he went through, I knew he was really in a period of being sort of frustrated, disappointed with his wrist.”

Even while not part of the roster, Garrett returned to the Heat practice court, including during the playoffs, for private work with the coaches.

“You’re just happy for him, just to be able to have an opportunity again back with us,” Allen said. “I’m excited for him, because I know what he’s capable of. I know what he wants. And he’s a kid who was one of our winning players last year. He just was.

“We put a lot of value on that, not just guys who can score and all that other stuff. He was a winning basketball player. And I’m happy to have him back and I’m just excited for him just to have another crack at it. I’m just rooting for him.”

The question remains whether Garrett, even with his defensive relentlessness, is closer to Briante Weber, or whether there can be more completeness along the lines of a Patrick Beverely.

“The wrist was hurting every day,” Garrett said of what he was able to offer last season during his brief Heat tenure. “Me getting the surgery helped with it a lot. Now it’s just all love being back.”