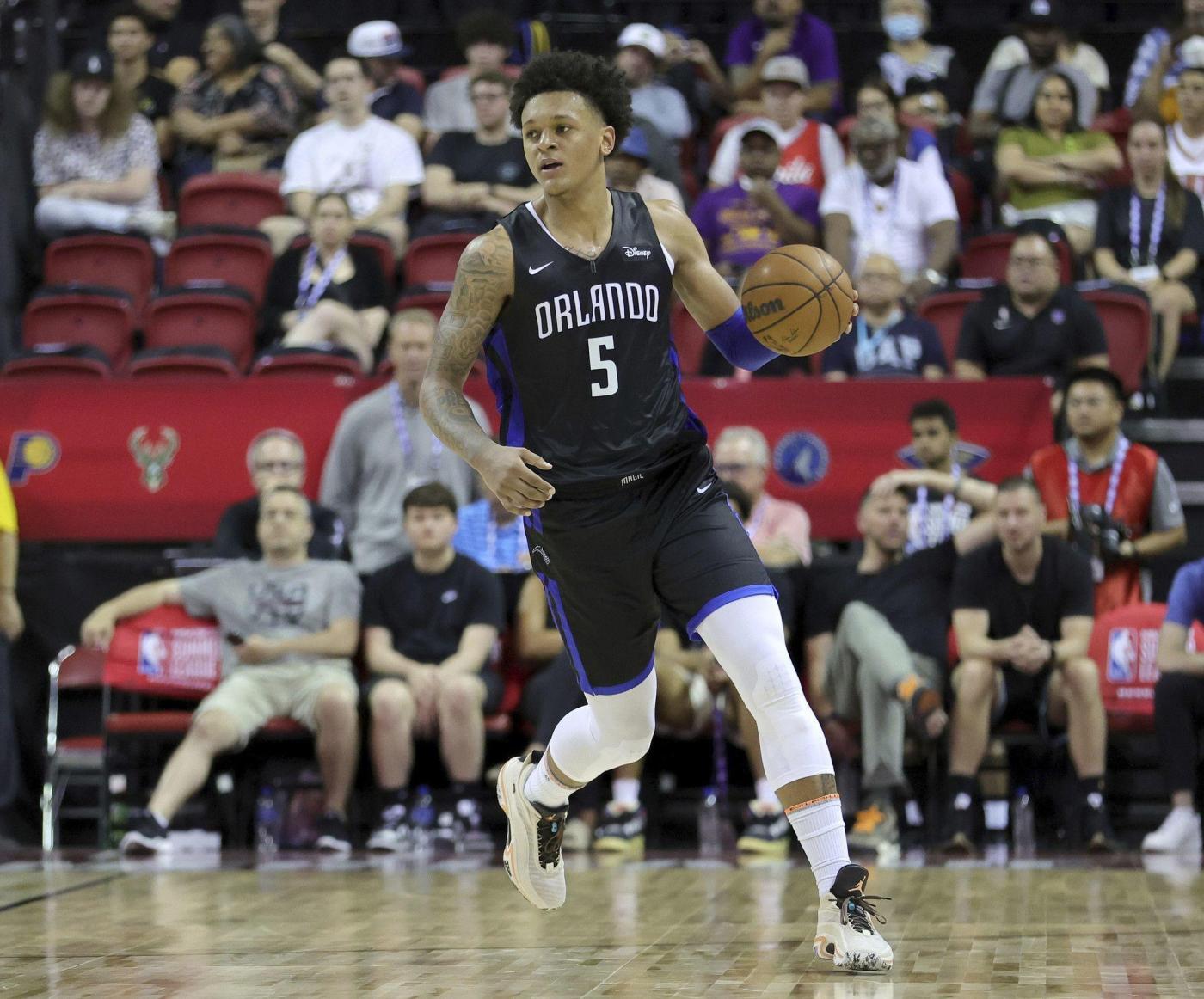 Paolo Banchero showed a lot during the Orlando Magic’s summer-league wins over the Houston Rockets on Thursday and the Sacramento Kings on Saturday.

That was enough for the Magic to feel like they’ve seen enough.

The Magic have shut down the No. 1 overall pick in June for the remainder of the NBA’s primary summer league.

The forward didn’t play in Monday’s matchup against the Oklahoma City Thunder at the Thomas & Mack Center.

Orlando is looking to give more playing opportunities to other players on its summer league roster.

It’s standard for players who were drafted high or who have regular roles in the NBA to not play the entire summer-league slate.

Mosley said Banchero got all he needed out of the summer experience.

“His understanding of what he needs to do in certain situations, the concepts that we’re preaching offensively and defensively, he’s grasping on to those,” Mosley said. “Watching film together, he’s observing those things. He explains to me the things that he sees on the floor. It’s only two games, but you’re watching those film sessions and you realize how he’s registering all of it. So that’s how you can make the judgment that it’s time let these other guys get those moments.”

Associated Press contributed to this report.