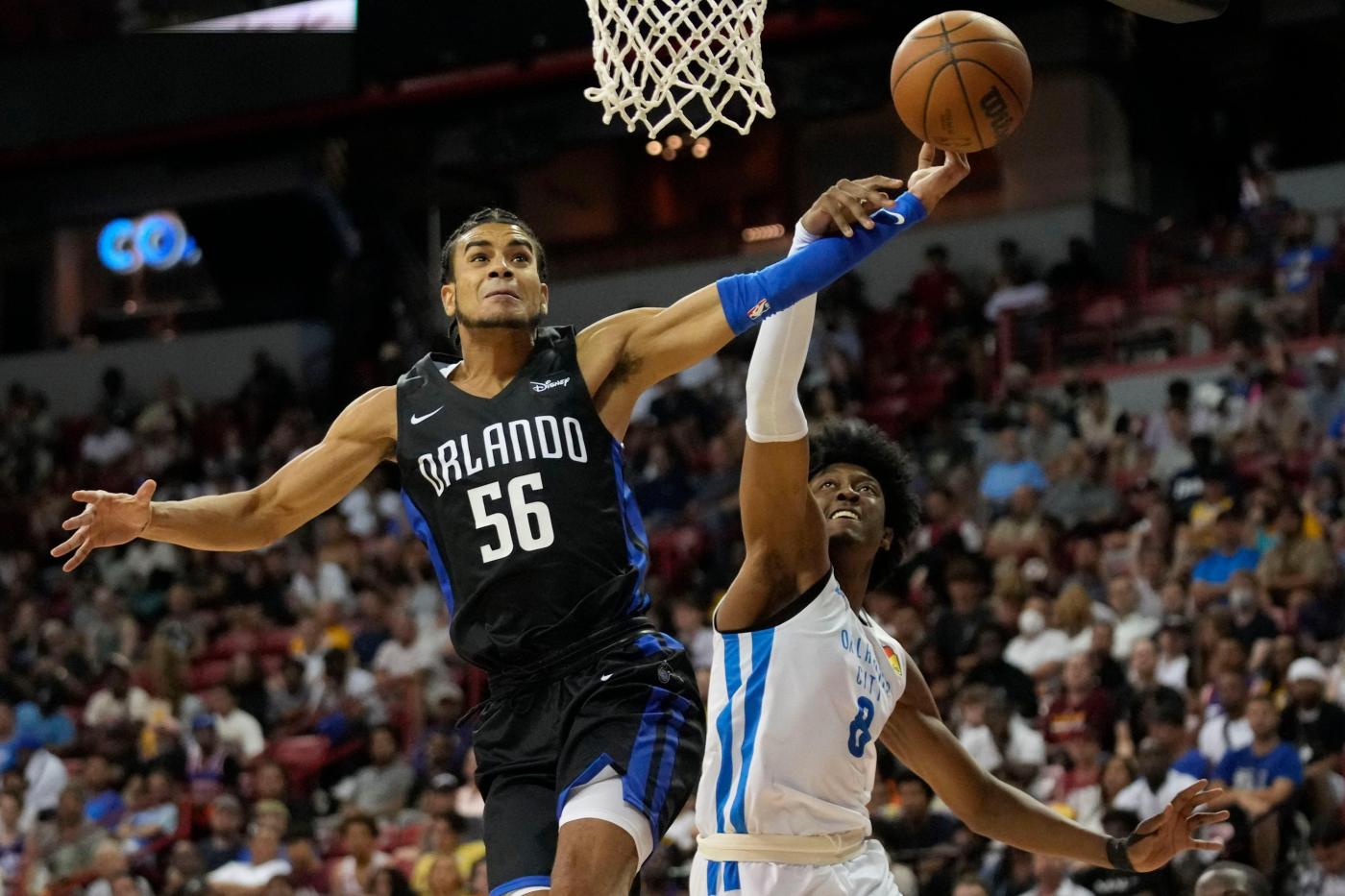 The NBA summer league in Las Vegas came to a close for the Orlando Magic with a 2-3 mark after a tough loss in Saturday’s game against the Detroit Pistons.

The Magic lost 102-86 in their summer-league finale but continue to look at the bigger picture.

The Magic have a better idea. They believe they have upside to next season with No. 1 pick Paolo Banchero and other players such as RJ Hampton, Cole Anthony and No. 32 pick Caleb Houstan in the mix.

Although the future seems better for the Magic, they still had to face some adversity on the back end of summer league: three straight losses.

The Magic shot 22.6 percent on 3-pointers and 65.2 percent on free throws while getting outrebounded 37-31 in Saturday’s loss.

Despite the losses, the Magic see this summer league as a learning experience and chance for new opportunities for everyone in the organization.

“They did a nice job this summer in this short little season,” Magic summer-league coach Jesse Mermuys said. “No matter what happens, you just have to keep grinding and keep believing, and that’s for everybody involved.”

The Magic still had positives against the Pistons. Justin James, a small forward who previously played two seasons with the Sacramento Kings, stood out the most.

“I’m happy about my opportunities,” James said. “Obviously looking back on it, there are things you want to correct but I’m happy the way I played and I’m excited for the future.”

Summer league goes beyond playing just playing five games for the Magic. It’s a gauge for what’s to come for the players, and the organization.

“So pleased as an organization, the front office did a great job of putting a really good group of human beings together,” Mermuys said. “As far as professionalism, effort and playing the right way, they all fit into our culture and did a really nice job.”