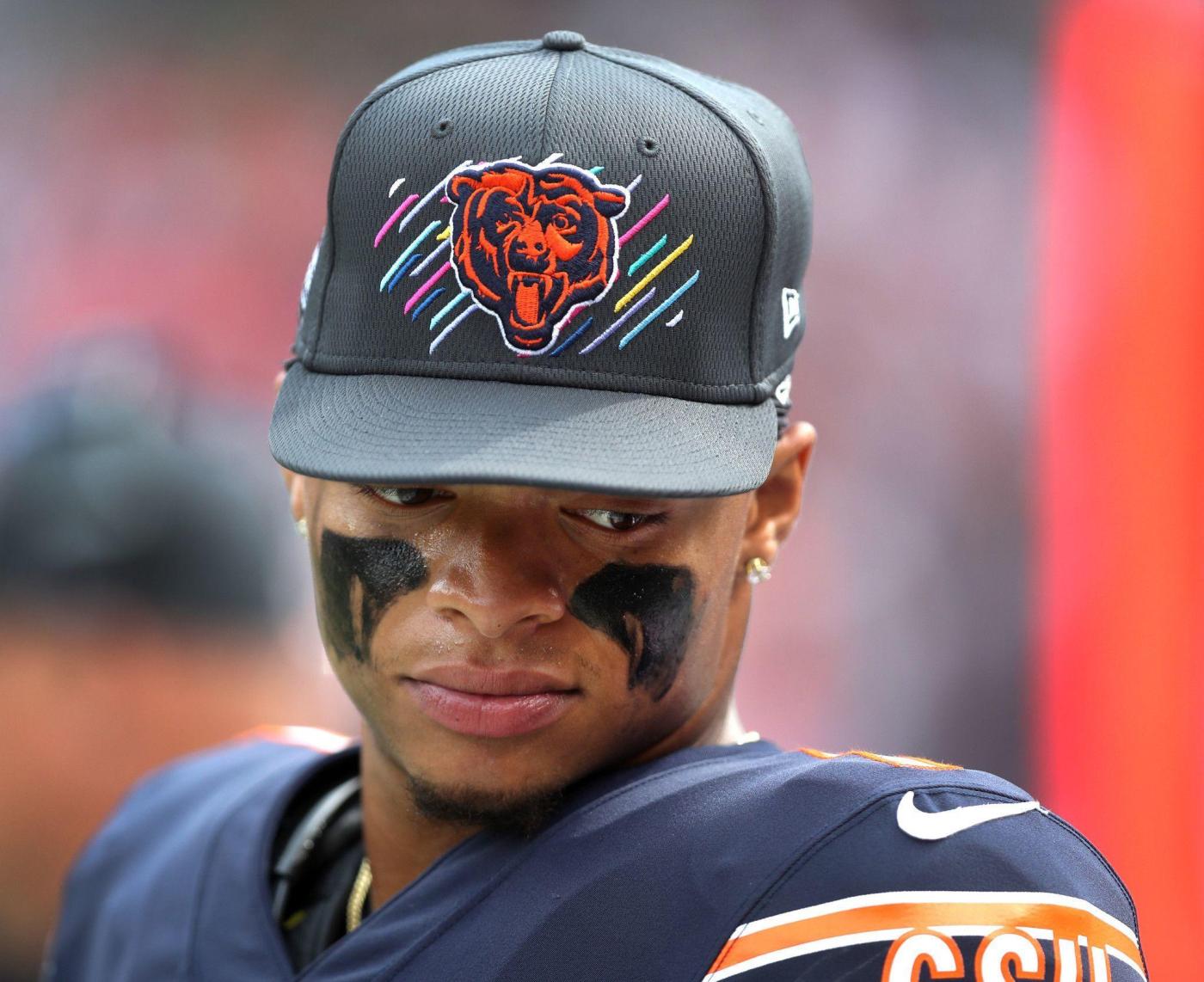 It’s not that Getsy wasn’t pleased with the play of quarterback Justin Fields, who completed 14 of 16 passes for 156 yards and three touchdowns with no sacks or interceptions in the 21-20 Bears victory. And it’s unlikely he wanted to tamp down the current of joy running through the Bears fan base at seeing a competent offensive performance — preseason or not.

Getsy simply viewed the outing as less of a “turning point,” as Fields suggested Saturday, and more of a steppingstone to the real thing — when the Bears will face defenses playing their best pass rushers and defensive backs and throwing all they have on the field. The Browns played without defensive ends Myles Garrett and Jadeveon Clowney and cornerbacks Denzel Ward and Greg Newsome II on Saturday.

“We’re in this phase of getting better and developing who we want to become,” Getsy said. “Are we on track? I don’t know. But I feel good about where we’re at. I think the guys believe in what we’re doing and what we’re communicating, the type of philosophy that we have and the type of ball we want to play.

“So, I don’t know, ‘turning point’ seems like a pretty dramatic word, but I feel like we’re grinding through this process the right way.”

Getsy played the realist throughout his 13-minute media session at Halas Hall on Monday, a day off from practice before the Bears resume Tuesday evening after the 53-man roster deadline.

He used the word “process” 14 times in describing the improvement Fields has made since they first teamed up at the beginning of the offseason program and still needs to make before the Sept. 11 opener against the San Francisco 49ers at Soldier Field. The emphasis was that the Bears offense and Fields are far from a finished product, even two weeks and seven practices from the regular season.

That measured approach extended to Getsy’s assessment of the progress Fields has made with his mechanics, footwork and pocket presence over the last few months under the new staff and how it showed up in Saturday’s game.

“It’s obviously tremendously improved but nowhere near where it needs to be,” Getsy said. “He’s got a long way to go there. But he’s working his tail off.

“He reaped the reward of listening to his feet, and the timing and rhythm was good most of the night. We’ve talked a lot about pocket presence. That’s something that a young quarterback has to grow through. I thought that showed up and he did a nice job with that.”

Getsy pointed to a third-and-8 play in the second quarter. Under pressure from Browns defensive tackle Jordan Elliott, Fields circled away toward the left sideline and hit Dante Pettis for an 11-yard gain.

“He knew time was up and he made the most of that play too,” Getsy said.

Other sources of Getsy’s optimism included the offense’s ability to bounce back from a holding penalty on the first touchdown drive, which he said “was cool to see.” Getsy also said he has enjoyed watching Fields’ leadership grow over the last few months.

“When you’re able to go out in three preseason games and show these guys you’re ready to command the huddle, call the plays cleanly, go out and execute at a high level, all that stuff just gives people confidence,” Getsy said. “My favorite part about being a huddle team is that the quarterback gets to look 10 other people in the eyes and they get to feel what they feel from him, and there’s zero hesitation in him so that’s good.”

Getsy’s realism doesn’t diminish the gains in confidence the players feel they made as the first-team offense went from one field goal in four drives in their first two preseason games to surging to a 21-0 lead against the Browns.

Wide receiver Darnell Mooney said the players believe Saturday was “just a glimpse of our identity of how we want to play.” And there’s excitement in knowing they have much more in the playbook to unveil as the season rolls on.

“We’ve run some of the same plays every down (in preseason games),” Mooney said. “Just a lot of play action and then maybe one or two shots down the field. But we’re really running the same plays. Nothing really crazy. Just our basic, simple plays. So we’ve got a lot of things cooking.”

Getsy might say they’re still in the preheating phase, but they’re one step closer to the meal.

“There’s a ton of improvement that we have to (make) if we’re going to play better talent, play more looks — all the movement you’re going to get,” Getsy said. “But a step in the right direction.”