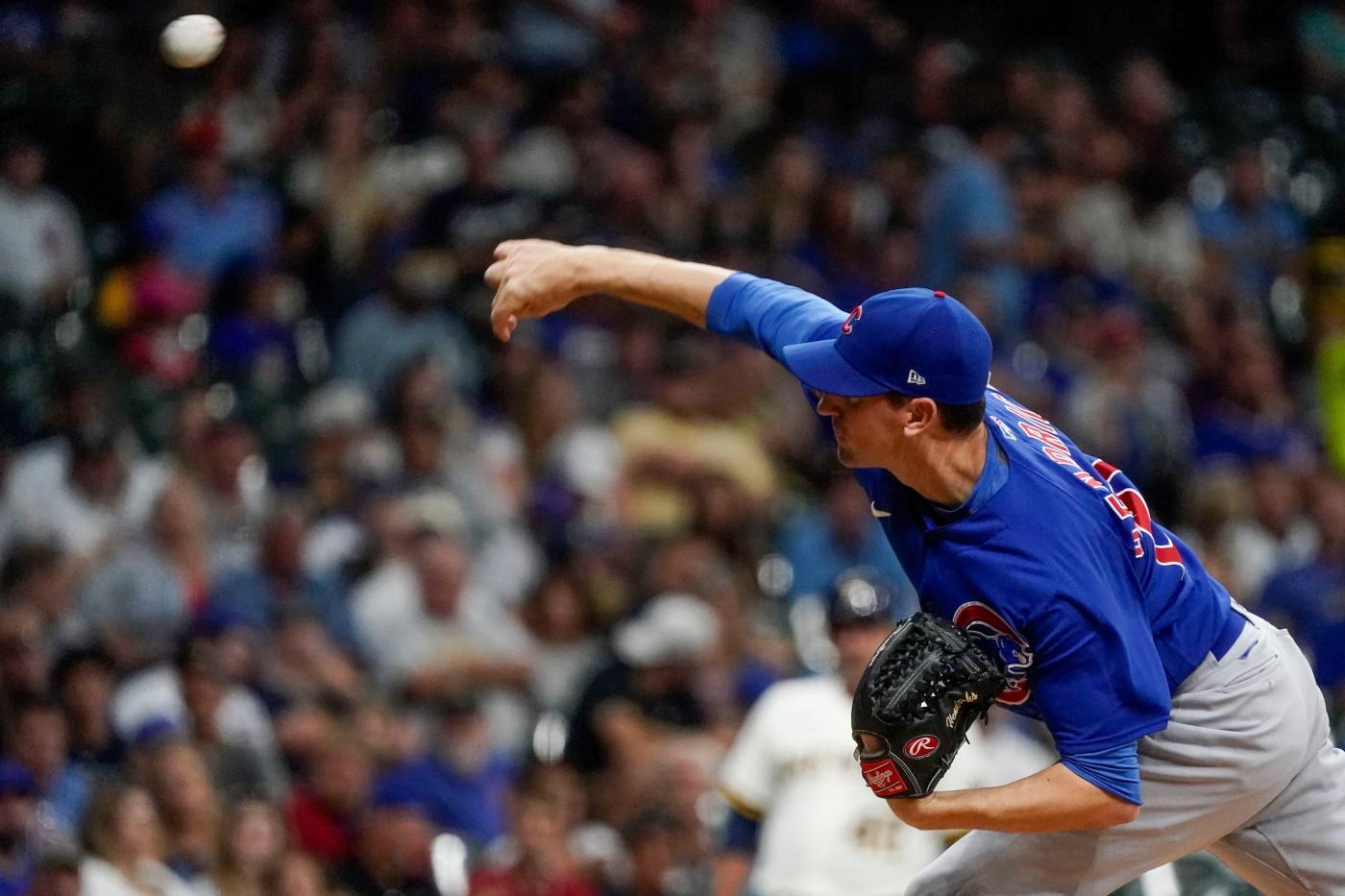 Something seemed off with Chicago Cubs right-hander Kyle Hendricks early in his start Tuesday night.

The veteran is known for his command and doesn’t light up the radar gun, but when Hendricks threw a sinker clocked at 83.8 mph in the first inning, it was notable. He exited after the third because of right shoulder soreness.

Hendricks went 12 days between starts in early June because of shoulder/arm fatigue, describing it then as similar to a dead arm that pitchers can experience during spring training. He wasn’t able to get adequately loose, prompting the layoff, though he avoided the injured list.

Hendricks looked good coming off the extended break. In his four starts leading up to Tuesday, he allowed nine runs in 22⅔ innings — six runs coming in one start — with 25 strikeouts and three walks.

However, Hendricks’ average velocity during Tuesday’s start against the Milwaukee Brewers was 1 mph slower than his season mark. Right-hander Matt Swarmer started warming up in the bullpen during the second inning and again in the third. Manager David Ross made a mound visit to chat with Hendricks after a two-out walk in the second. Swarmer replaced Hendricks to start the fourth.

The Brewers scored two runs and recorded two hits off Hendricks, who threw 69 pitches, including 29 in the first. He issued two walks, struck out four and allowed a home run by Rowdy Tellez that gave the Brewers a 2-0 lead in the first.