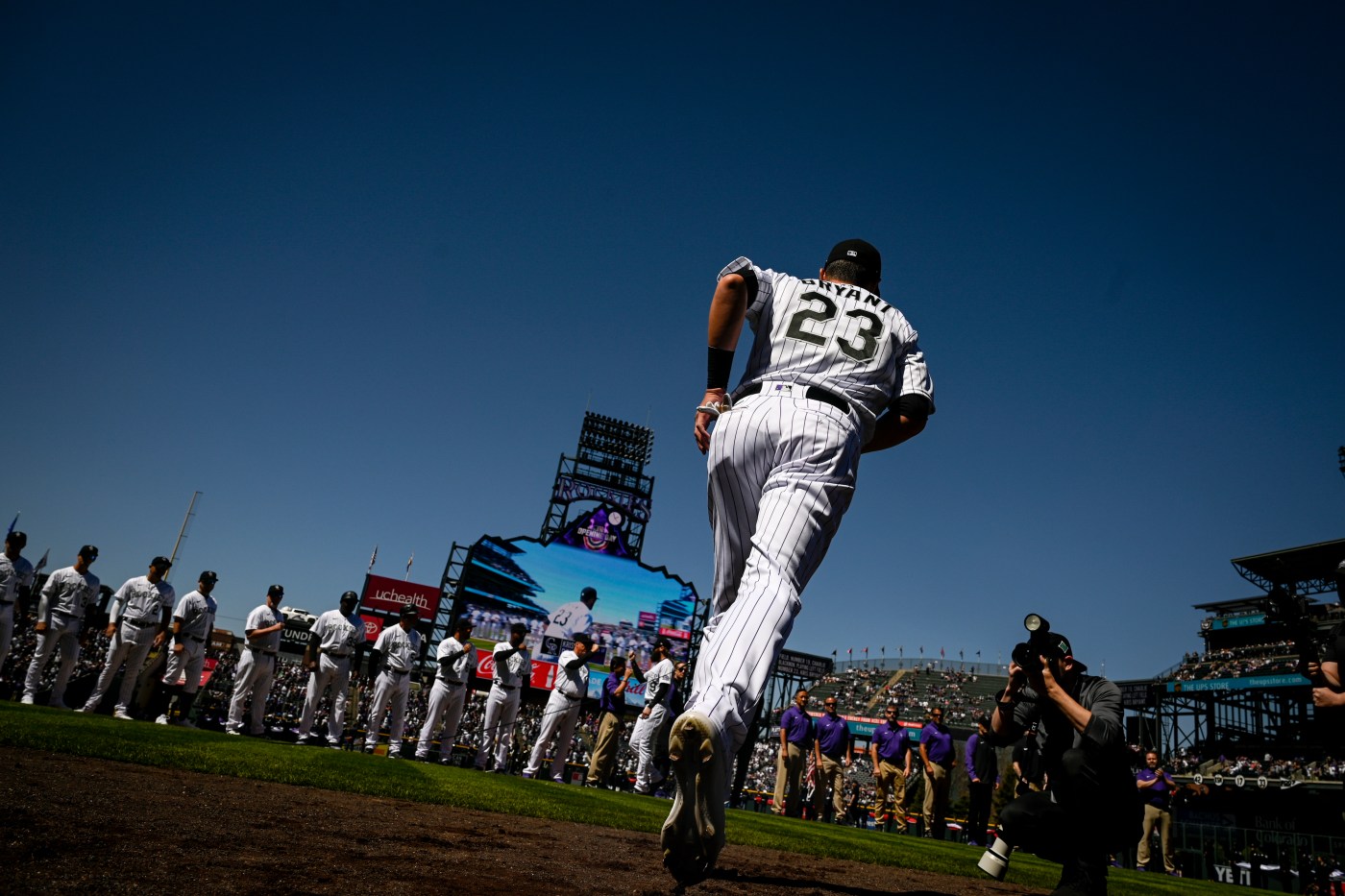 Not that there is an exact correlation between Colorado’s 9-21 record since May 8 and Bryant’s two stints on the injured list with a strained lower back. For the record, Colorado is 14-20 without Bryant in the lineup.

And it’s not that Bryant, who’s played in only 17 games this season, believes he could have singlehandedly kept the Rockies from sliding into the National League West basement. But he admits that it’s bugged him watching the losses mount.

“Of course,” he said Friday before the Rockies played the red-hot Padres at Petco Park. “That’s what I pride myself on, too, just finding some way to help the team win. It doesn’t necessarily have to be putting up numbers every day. But it is frustrating. You feel helpless. It’s hard to put into words exactly how you feel, but helpless is the best way to put it.

“I can’t wait to get out there and help the team and go through the ups and downs with them.”

The Rockies signed Bryant to a seven-year, $182 million free-agent deal in the belief that he would add power and on-base performance to their lineup. But he’s yet to hit a home run and owns a .270 average and .676 OPS since becoming a Rockie.

Bryant said he’s getting closer to coming off the IL, but there is still no timetable for his return. He’s been taking dry swings with the bat and he’s done a little bit of work off the batting tee. He’s continued his running and throwing program and participated with his teammates in agility drills prior to Friday’s game.

“He feels better,” manager Bud Black said. “He had a good day yesterday, in San Francisco, on the field. He upped his intensity. He’s gaining on it. Still no timetable, but he feels much more confident and comfortable with where he is now.”

Bryant said he made a mistake coming off the IL the first time — he was out from April 26-May 21 — because he rushed right back to his regular baseball routine.

“Last time, I feel like I didn’t do enough baseball stuff after the strengthening stuff,” he said. “(This time), I want to make sure I’m comfortable enough doing all of the (baseball) stuff.”

Bryant got a cortisone shot and went right back to batting practice. That didn’t work out. He played in only two games before his sore back forced him back on the IL on May 23.

When he returns the next time, he’ll be better prepared.

“Ideally, I would like to add maybe a couple of full days to my full, pregame hitting routine,” he said.

And, of course, Bryant will need to play a few rehab games with Triple-A Albuquerque before he rejoins the Rockies.

Bryant has been working to increase the flexibility in his hips and strengthen his core, something which should help prevent back injuries in the future.

“I’m not trying to get a six-pack or anything,” he joked. “But I just (want to be) moving in a way that’s freeing for my hips and my body — without any limitations. I’m getting more range of motion.”

Bryant said he’s tried to make the most of a frustrating situation.

“It (stinks). You want to be out there playing with the guys,” he said. “I might not be playing but I’m establishing good relationships with the guys here.

Bryant said that when he finally does hit his first home run for the Rockies, he’s not going to treat it like a big deal. After all, he’s belted 167 homers in his career.

“I will just be like any other home run I’ve hit and I’ve hit a lot of them,” he said. “You try not to make things bigger than they are.”