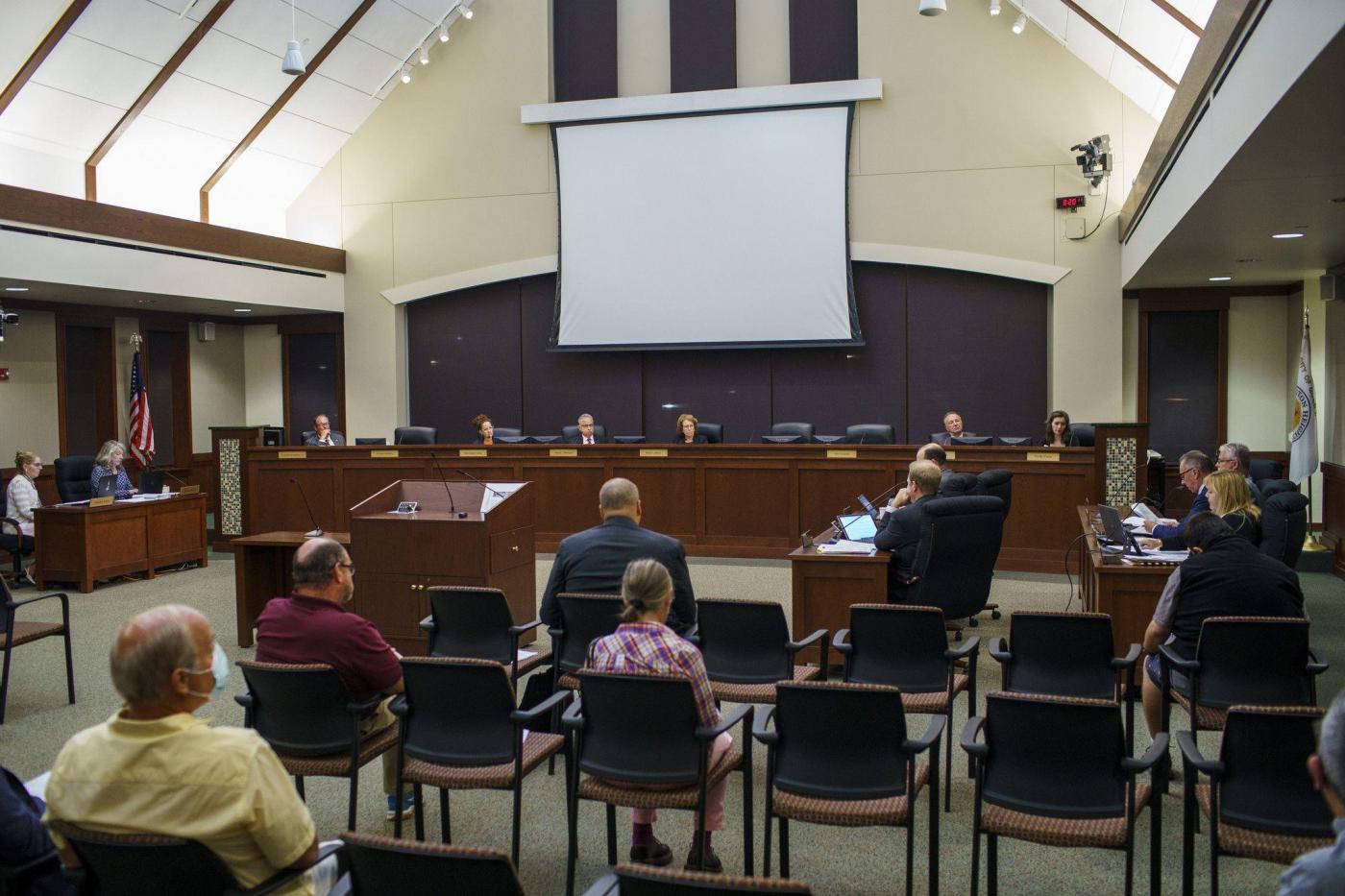 A libertarian political advocacy group submitted a petition to the Arlington Heights Village Board Tuesday that could bar the village from offering taxpayer-funded financial incentives to the Chicago Bears football team — which is looking to buy the Arlington Park International Racecourse for $197 million — as well as any other business that might open in the area.

Brian Costin, deputy state director of Americans for Prosperity Illinois, led the petition effort and said the organization submitted 663 signatures to the board at it’s meeting Tuesday night.

The petition, which originated from a section of the Arlington Heights municipal code that allows for resident-generated referendums, calls for the Village Board to consider an ordinance that would prevent the village from extending any kind of financial assistance to any corporation seeking to open in the village.

Village officials say such an ordinance would be disastrous for the village, while organizers from the Koch brothers-backed Americans for Prosperity call it an “anti-corporate welfare ordinance.”

In presenting the signatures to the Village Board during the public comment portion of the meeting, Costin noted that Americans for Prosperity recently ran a poll that found 72% of respondents supported the Bears’ move to the village but that 68% opposed the use of public money to bring them to Arlington Heights.

Arlington Heights officials said passing such a measure would put the village at a major financial disadvantage to its neighbors.

Mayor Tom Hayes was absent from the board meeting last night, telling Pioneer Press in an email that he was in Canada “on a non-refundable vacation” he’d booked a year ago. But Hayes previously expressed his disapproval for the ordinance API is pushing.

“We don’t think it’s something that’s in the best interest of the village,” Hayes previously said. “If something like this is enacted, then all those businesses are going elsewhere, and how will that benefit our residents?”

Hayes previously told Pioneer Press that he would do “everything in my power to see (such an ordinance) stopped.”

Village Manager Randy Recklaus was present at the meeting Tuesday night and blasted the idea of the ordinance.

“This is a very extreme proposition,” Recklaus said. “It would literally cripple the village’s ability to engage in any economic development throughout our entire community.”

Recklaus added that major swathes of the village, like its downtown area, were redeveloped through public financing incentives like tax increment financing districts.

In fact, the Village Board considered a TIF district-related request at the meeting Tuesday for the Southpoint Shopping Center at 600 East Rand Road. The developer sought money from the TIF to help construct two commercial buildings: one for a Chipotle restaurant and the other for an AT&T retail store.

Resident Martin Bauer told Arlington Heights trustees he was opposed to the use of public money on Bears-related construction.

Bauer said he was not with Americans for Prosperity, but said he might get involved with that group or a similar one if the village continued moving forward with the project.

Bauer said Hayes and some members of the Village Board had become “googly eyed” over the prospect of bringing the football team to the village.

“He indicated that he will do anything to make sure that the Bears come to Arlington Heights,” Bauer said of Hayes.

Recklaus responded to Bauer’s comment, in the mayor’s absence.

“I do not recall Mayor Hayes ever saying he would do anything to bring the Bears here,” Recklaus said.

The petition needed 546 signatures, or 1% of the voting population of the village, to be submitted to the Village Board as a potential ordinance. If the board then rejects that proposed ordinance, then the petition organizers may try to get 12% of the village’s voting population to sign on and force a referendum on the ballot at an upcoming election.