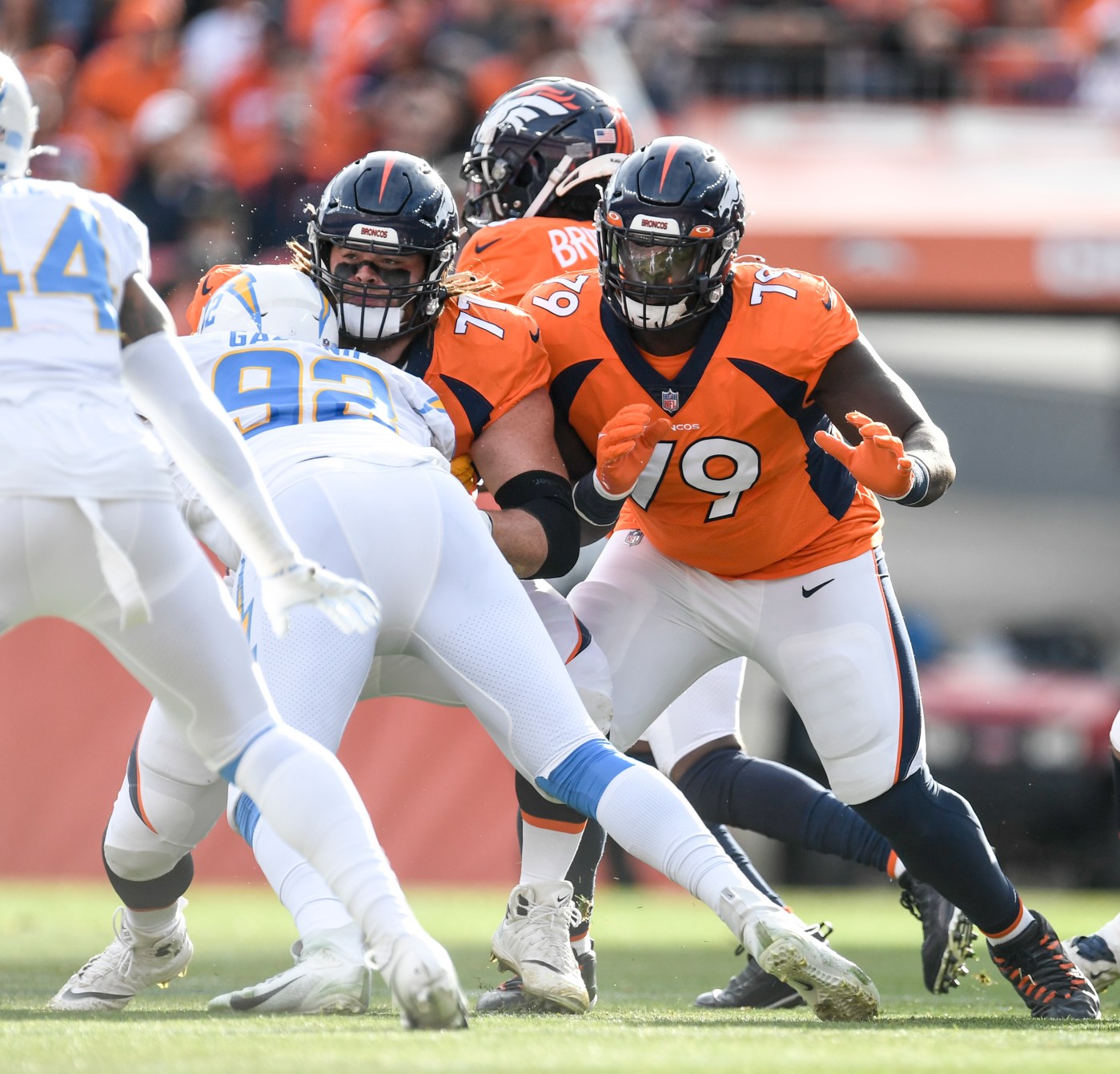 “Football and winning,” Lloyd Cushenberry explained. “Guess that’s what we have in common.”

So what do you chat about between, ya know, plays?

“That’s pretty much it. The guy’s all about football and winning. That’s what we talk about most of the time.”

Cool. What kind of basketball talk?

Our man Cush, no shock, is a Black Mamba guy, too.

“Oh, yeah, definitely,” the Broncos lineman said with a knowing grin after a sweltering practice Monday at UCHealth Training Center. “Kobe and (Michael) Jordan. I didn’t grow up watching Jordan, but I still knew. YouTube, it’s been around for a while. So it’s Jordan and Kobe (as) my 1A and 1B.”

And you’re wondering why the kid refuses to go away?

“I usually don’t pay attention to any social media,” the third-year lineman shrugged. “I’ve just got to have the mindset that I’m the guy, moving forward.”

Yet there was No. 79 in the middle of the party Monday, Wilson’s fingers on his backside, holding down the fort with the 1s. Again.

“(But) I think his greatest quality is his mind. The dude knows the playbook. He knows different fronts. He can lead us up there. As our center, (he) can tell us where we’re going. He communicates with Russell, he’s got that relationship. So Cush has done an extremely good job, man.”

Wilson and new coach Nathaniel Hackett don’t necessarily need Cush to be great. They do, however, need him to show up. According to Pro Football Focus wonks, the young center graded out at a 63.0 (out of 100, with 70 or better being desirable and 90 or more being elite) on his pass blocking in 10 games last fall.

The Broncos went 6-4 in those 10 games. In the other seven tilts? One win, six losses. Bonus: Cushenberry now finds himself in a zone-blocking scheme that takes better advantage of his ability to move and stick in space.

“I think a lot of people underrate my athleticism because coming out of (LSU), I barely got to run the 40 because I pulled my hamstring,” the Broncos blocker recalled. “So everybody (was thinking), ‘Oh, I’m a bigger guy who can’t run.’ But I feel like (the scheme) fits me because I can run well in space.”

Whenever you bring up the 6-foot-4, 315-pound Cushenberry to anybody in Dove Valley — to Wilson, to Risner, to Hackett — they usually counter with the same word, the five letters any interior lineman loves to hear. Trust.

“It’s funny because, for a center, (Cushenberry) is so quiet and he doesn’t talk much,” Hackett observed. “Then when he’s out there, his control and command of the offense has been really good.

“He’s an unbelievably smart player and his physicality is pretty impressive, too. He’s probably having one of the hardest battles out on this field going against Mike (Purcell), going against D.J. (Jones), Dre’Mont (Jones) … he is tested non-stop.”

Tested on and off the practice field, now that you mention it. In a near 180-degree flip from former offensive coordinator “Pencil” Pat Shurmur and coach Vic Fangio, Hackett tries to make the classroom part of the NFL camp routine part of the fun.

For the Broncos’ offensive linemen, that means quizzes on concepts, formations and fronts via Kahoot!, a game-based platform that can be joined via a laptop or smartphone. Cushenberry spent the spring absolutely destroying his linemates on those digital exams.

That hack you off?

“I gotta hold the standard,” Cushenberry said, smiling again. “Everybody’s talking about, you know, how I’m the Kahoot! champ. I gotta keep winning.”

Dude gets it from his aunt, who would often yell “Jeopardy!” answers back at the TV before the contestants did.

“Guess that comes from her,” he laughed.

“Growing up, my mom always told, me, “Don’t go running away from competition,’” Cushenberry noted. “It’s always going to be there. Every year, that’s what I’m expecting coming into the season. If someone (comes) from the draft, (or) they bring someone in to compete, I won’t run from it. I’ll embrace it.”

Kid’s still here, the quiet storm of Broncos Parkway. Like Kobe, the brighter the lights, the more Cushenberry finds a way to shine through, grinding to the last.