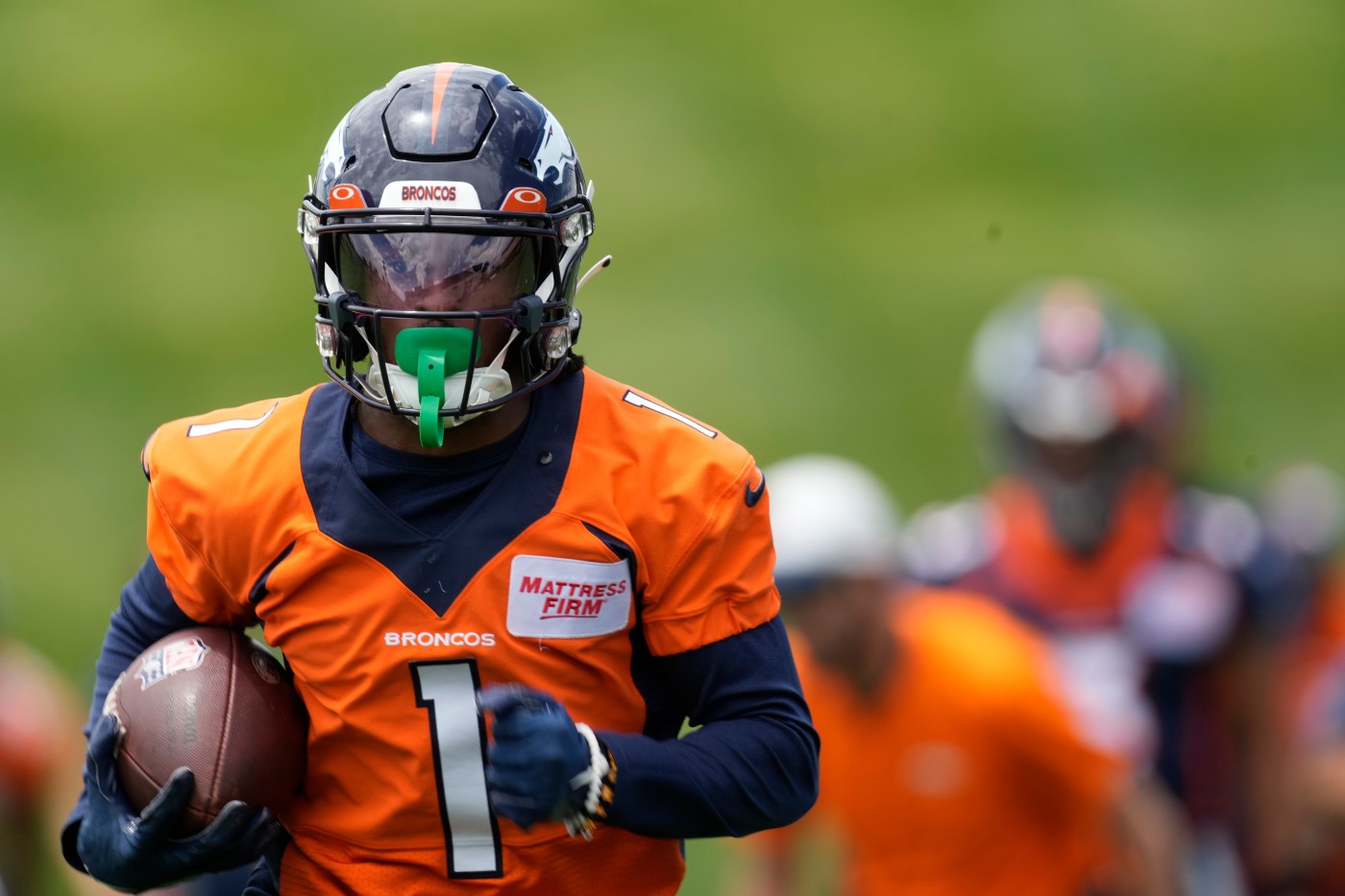 With KJ Hamler poised to return to game action for the first time since tearing his left ACL and injuring his hip in Week 3 last year, the wideout is determined to prove he’s still a deep threat.

The third-year pro is likely to play in the Broncos’ preseason finale Saturday against Minnesota at Empower Field, where Hamler was injured while jumping for an errant pass against the Jets.

“I just want to go out there and do what I was doing last year before I got hurt,” Hamler said.

The road back from those injuries required multiple surgeries and months of rehabilitation. Coach Nathaniel Hackett vowed to ease No. 1 into action. He was activated from the Physically Unable to Perform list on Aug. 1, more than 10 months after his injury.

Hamler then made his debut in the team period of practice on Aug. 8, but was sidelined again the next day due to a sore left knee. Both Hackett and Hamler said that the wideout did not suffer a setback, calling the move precautionary.

“They didn’t want to ramp me up too fast,” Hamler said. “It was about just keeping me (and the pace of my rehab) under control.”

The 23-year-old knows heightened expectations are on him in Year 3 following last year’s lost season on top of a rookie year in 2020 during which Hamler’s performance was held back by multiple hamstring injuries.

The result has been 35 career catches for 455 yards and three touchdowns. All of Hamler’s scores came as a rookie — one was the game-winning catch as time expired to complete a comeback against the Chargers at home, and two were long scoring passes on the road against the Panthers.

Last year’s season-ending injury was made sourer by the fact that Hamler believes he was in position to not just replicate those sorts of big scoring plays, but to also truly break out.

“My rookie year, I was young, and I didn’t know nothin’ about it. I thought I could just go out there and run like I usually do. You know, stuff changed. You come to a whole different state, with altitude and things like that, you’ve got to (prepare) differently.”

Hamler, who will wear a brace on his left knee all season, welcomes the chance to play Saturday after looking game-ready in Wednesday’s team portion of practice when the wideout had two catches against Pat Surtain II in man coverage during the two-minute drill.

The first came on an out route where Hamler toe-tapped at the sideline to secure the catch, and the second came on the next play when Hamler went airborne across the middle and snared Russell Wilson’s pass for another first down.

It looked like his left knee is passing the test, even if Hamler is still “dealing with little aches and pains here and there.” He said the only time he’s thought about his knee recently was in practice on Tuesday when he jumped for a ball and wasn’t sure how he would land. He came down fine. That buoyed his confidence.

Footnotes. Broncos outside linebacker Randy Gregory (shoulder) had a rest day after practicing Monday-Tuesday. … Hackett said quarterback Brett Rypien will play the first half Saturday against Minnesota. … Inside linebacker Jonas Griffith (elbow) has begun doing rehabilitation work and Hackett said it is possible Griffith will be available Sept. 12 at Seattle, which would be 30 days post-injury.