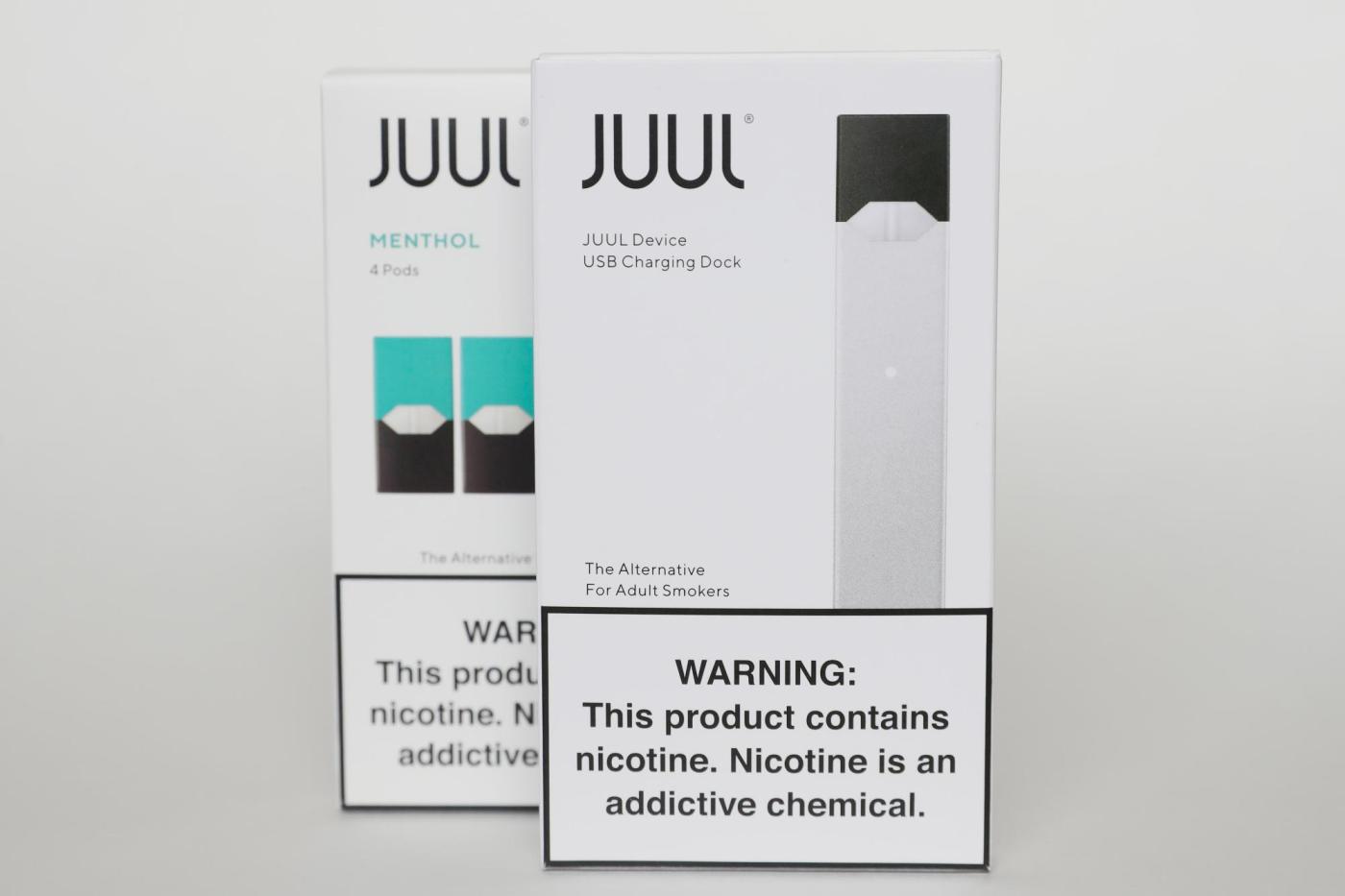 HARTFORD, Conn. — Electronic cigarette maker Juul Labs has agreed to pay nearly $440 million to settle a two-year investigation by 33 states into the marketing of its high-nicotine vaping products, which have long been blamed for sparking a national surge in teen vaping.

Connecticut Attorney General William Tong announced the deal Tuesday on behalf of the states plus Puerto Rico, which joined together in 2020 to probe Juul’s early promotions and claims about the benefits of its technology as a smoking alternative.

The settlement, which includes numerous restrictions on how Juul can market its products, resolves one of the biggest legal threats facing the beleaguered company, which still faces nine separate lawsuits from other states. Additionally, Juul faces hundreds of personal lawsuits brought on behalf of teenagers and others who say they became addicted to the company’s vaping products.

The states’ investigation found that Juul marketed its e-cigarettes to underage teens with launch parties, product giveaways and ads and social media posts using youthful models, according to a statement.

“We think that this will go a long way in stemming the flow of youth vaping,” Tong said at a news conference at his Hartford office.

“I’m under no illusions and cannot claim that it will stop youth vaping,” he said. “It continues to be an epidemic. It continues to be a huge problem. But we have essentially taken a big chunk out of what was once a market leader, and by their conduct, a major offender.”

The $438.5 million will be paid out over a period of six to 10 years. Tong said Connecticut’s payment of at least $16 million will go toward vaping prevention and education efforts. Juul previously settled lawsuits in Arizona, Louisiana, North Carolina and Washington.

The settlement total amounts to about 25% of Juul’s U.S. sales of $1.9 billion last year. Tong said it was an “agreement in principle,” meaning the states will be finalizing the settlement documents over the next several weeks.

Most of the limits imposed by Tuesday’s settlement won’t immediately affect Juul, which halted use of parties, giveaways and other promotions after coming under scrutiny several years ago. The company currently makes up about one third of the U.S. retail vaping market, down from 75% several years ago.

Teen use of e-cigarettes skyrocketed in the years following Juul’s 2015 launch, leading the U.S. Food and Drug Administration to declare an “epidemic” of underage vaping among young people. Health experts said the unprecedented increase risked hooking a generation of young people on nicotine.

But since 2019 Juul has mostly been in retreat, dropping all U.S. advertising and pulling its fruit and candy flavors from store shelves.

The biggest blow came earlier this summer when the FDA moved to ban all Juul e-cigarettes from the market. Juul challenged that ruling in court, and the FDA has since reopened its scientific review into the company’s technology.

The FDA review is part of a sweeping effort by regulators to bring scrutiny to the multibillion-dollar vaping industry after years of delays. The agency has authorized a handful of e-cigarettes from Juul’s competitors for adult smokers looking for a less harmful alternative to cigarettes.

While Juul’s early marketing focused on young, urban professionals, the company has since shifted to pitching its product as an alternative nicotine source for older smokers.

“We remain focused on our future as we fulfill our mission to transition adult smokers away from cigarettes — the number one cause of preventable death — while combating underage use,” the company said in a statement.

Juul has agreed to refrain from a host of marketing practices as part of the settlement. They include not using cartoons, paying social media influencers, depicting people under 35, advertising on billboards and public transportation and placing ads in any outlets unless 85% of their audience are adults.

The deal also includes restrictions on where Juul products may be placed in stores, age verification on all sales and limits to online and retail sales.

“These are some of the toughest mandates at any point on any industry,” Tong said, “which is incredibly important because at the end of the day this is about protecting our kids and protecting all of us from a very significant public health risk.”

Juul initially sold its high-nicotine pods in flavors like mango, mint and cream. The products became a scourge in U.S. high schools, with students vaping in bathrooms and hallways between classes.

But recent federal survey data shows that teens have been shifting away from the company. Many teens who vape now prefer disposable e-cigarettes, some of which continue to be sold in sweet, fruity flavors.

Overall, the survey showed a drop of nearly 40% in the teen vaping rate as many kids were forced to learn from home during the pandemic. Still, federal officials cautioned about interpreting the results given they were collected online for the first time, instead of in classrooms.