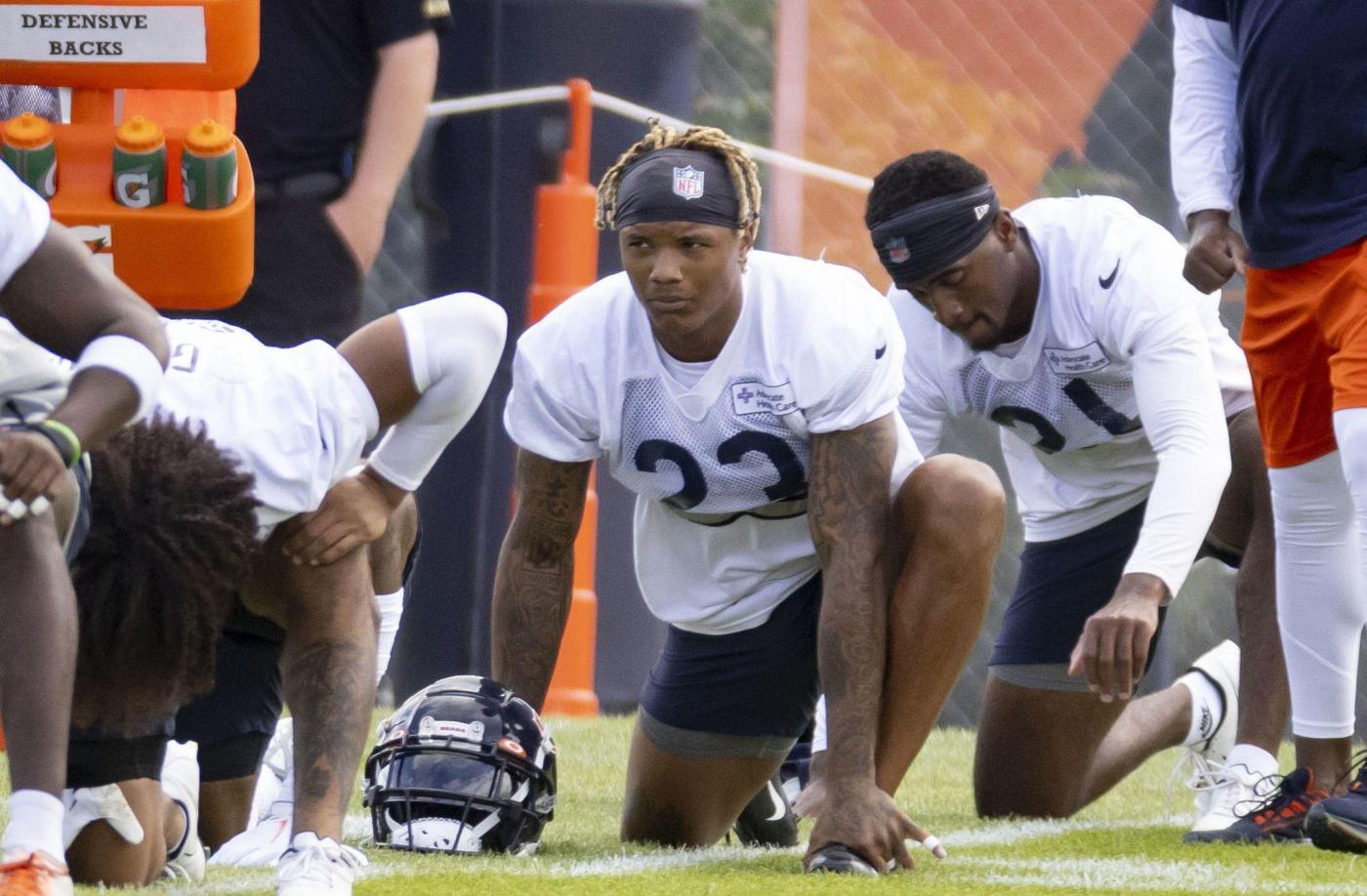 Chicago Bears coach Matt Eberflus will buck the tradition of a meaningless final preseason game and instead will play most of his starters Saturday against the Cleveland Browns at FirstEnergy Stadium.

Before practice Tuesday at Halas Hall, Eberflus announced quarterback Justin Fields will lead a contingent of starters who will play until halftime with the goal of getting in 25 to 30 plays. He said the Bears might pull select experienced players earlier.

The final preseason game used to be mostly the territory of reserves battling for the final roster spots. But the reduction of the preseason schedule from four games to three last year, coinciding with the move to a 17-game regular-season schedule, gave teams one fewer chance to get their starters preseason work.

And with a new Bears coaching staff this season, Eberflus sees the benefit of more game action together, even if the result is ultimately meaningless.

“It’s establishing your identity,” he said, “establishing your style of play, the effort we give, the execution we give, situational football, third down, if we get a two-minute drive, how we operate in the red zone. All of those things that come into play that are good football.

Fields played 27 snaps in the first two preseason games against the Kansas City Chiefs and Seattle Seahawks, completing 9 of 14 passes for 87 yards with no touchdowns or interceptions. He was sacked twice and ran twice for 11 yards.

After leading a drive that ended in a field goal in Seattle, Fields said he would look at more game work under offensive coordinator Luke Getsy as “an opportunity for me to get better” before the Bears open the season Sept. 11 against the San Francisco 49ers at Soldier Field.

It’s unclear how many of Fields’ injured offensive playmakers will be ready to go Saturday. Eberflus said the Bears will evaluate the status of running back David Montgomery later in the week. Montgomery sat out the first two preseason games but participated in an intense practice Tuesday.

Veteran tight end Ryan Griffin echoed Eberflus’ sentiment that Saturday’s game will be an opportunity for the offense to set a tone and establish its identity. Griffin said having that mission for the third preseason game is in line with how Eberflus has operated during training camp.

“It seems like he wants us to be very intense and locked in every snap, so that’s about what I think he would do for the third preseason game,” Griffin said. “That’s who his identity is, and it permeates throughout the whole team, organization. For four quarters, it’s going to be ‘finish.’ We’re playing our hardest for four quarters.”

Eberflus, who said he informed Browns coach Kevin Stefanski of the Bears’ plans, also said he expects linebacker Roquan Smith to play in his first game after Smith ended his “hold-in” following stalled contract negotiations. Smith first practiced Saturday and is ramping up over five practices before Saturday to get into game shape.

While Smith is a fifth-year veteran who probably could be ready for the opener without playing in a preseason game, defensive coordinator Alan Williams said Sunday it’s beneficial to get Smith in action on the field.

“He’s been in all the meetings. He’s been attentive. But there’s nothing like going out there and doing it live,” Williams said. “There’s a coach view and there’s a player view. He’s been in the coach view in how he’s looked at things on the film, from walk-throughs he hadn’t been in.

“Now he’s in there, so he just needs the familiarity with going through what we’re calling, motions, communicating with the defense. He’ll be fine.”