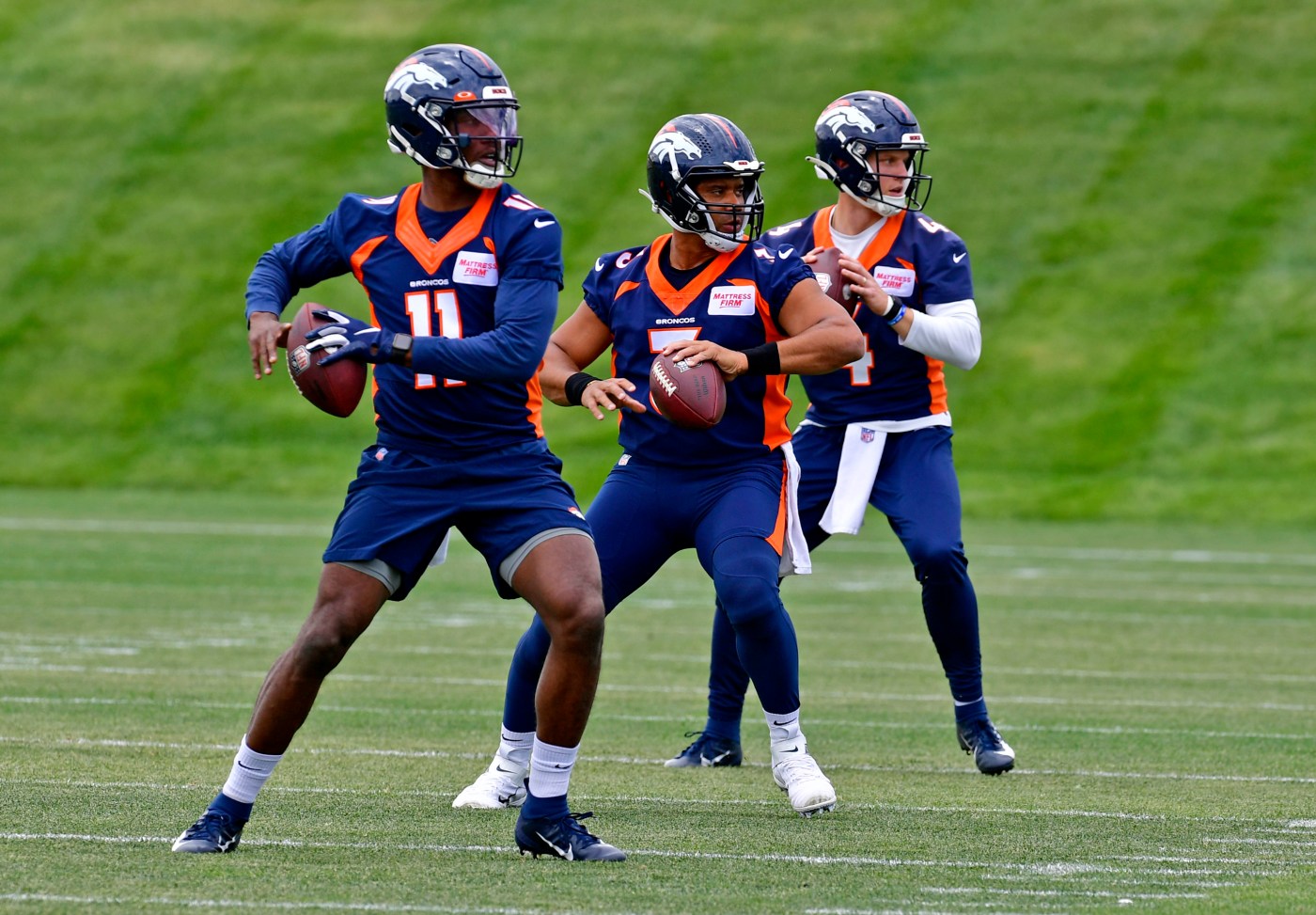 At 36, Josh Johnson is the oldest player on the Broncos’ roster by a couple years. But he doesn’t see his journeyman’s tale ending anytime soon.

For now, Johnson’s focus is on Saturday, when he’ll get his second preseason start for the Broncos when they play at Buffalo. There, the veteran who’s had 27 signings/re-signings across 14 different NFL teams — to go along with 17 cuts, and stints in the UFL and XFL — gets another opportunity to state his case as the Broncos’ backup quarterback to Russell Wilson.

“It’s all about understanding that we all follow in Russ’ lead, and my job is to be a sounding board for him and to make sure I’m reiterating the same things in the offense, going out there and executing the offense as similarly as possible while also playing my own game,” Johnson said. “I’m locked into the moment right now.”

Originally a fifth-round pick by Tampa Bay in 2008, the 6-foot-3 Johnson’s big arm, ability to scramble and his familiarity with a wide range of offensive concepts and playbooks has kept him employed as a pro for 15 years.

He played for the Jets and Ravens last year, making one start for Baltimore, and is 1-8 in nine career starts with 13 TDs, 16 interceptions and 2,270 passing yards. Johnson’s lone victory as an NFL starter came with Washington in 2018, a game he played with a torn deltoid ligament in his ankle.

The Broncos are looking for that type of grit in Johnson, who is trying to hold off Brett Rypien, a third-year pro who has been on Denver’s practice squad the past two seasons.

“I want to keep watching those guys battle and have a healthy competition,” head coach Nathaniel Hackett said. “Because Rypien’s done a good job, and the idea is, ‘Who can we get to be the most consistent (if Wilson goes down)?’ We want to be sure that we’re not turning the ball over. That we’re making smart decisions and moving the chains.”

In his start against Dallas last weekend at Empower Field, the Broncos’ offense sputtered early before finding a rhythm in the second quarter in a 17-7  victory. Johnson was 16-of-23 for 172 yards and two touchdowns in 36 snaps, while Rypien was 8-of-18 for 113 yards in 33 snaps.

Hackett believes Johnson proved “the moment wasn’t too big for him” against Dallas, and the veteran’s performance laid the groundwork for another start.

“From practice to the game he expedited everything with his feet, his progressions, put the people in the right spots, being accurate, throwing the ball down the field, the protection adjustments,” offensive coordinator Justin Outten said. “I was very pleased with Josh. As far as this week, he’s just got to stack (the success) just like we did last week with him and we’ll see how it plays out.”

Johnson believes he is ready for the most important moments of the backup quarterback battle to come over the next two weeks before the Broncos set their initial 53-man roster. In addition to his roller-coaster through the NFL, he points to his time in football’s alternative pro leagues as important detours along the way.

“When I went to UFL I had to find better ways of playing from the pocket,” Johnson said. “And I was able to do that because I hurt my knee, which made me really stay in the pocket… And in the XFL, there I was really able to just hone my game. I learned so much. I had never really gotten a chance to start (since the UFL) in front of real live bullets, and the XFL allowed me to do that.

“All those moments were tests for me to lead and prepare me to my current situation.”