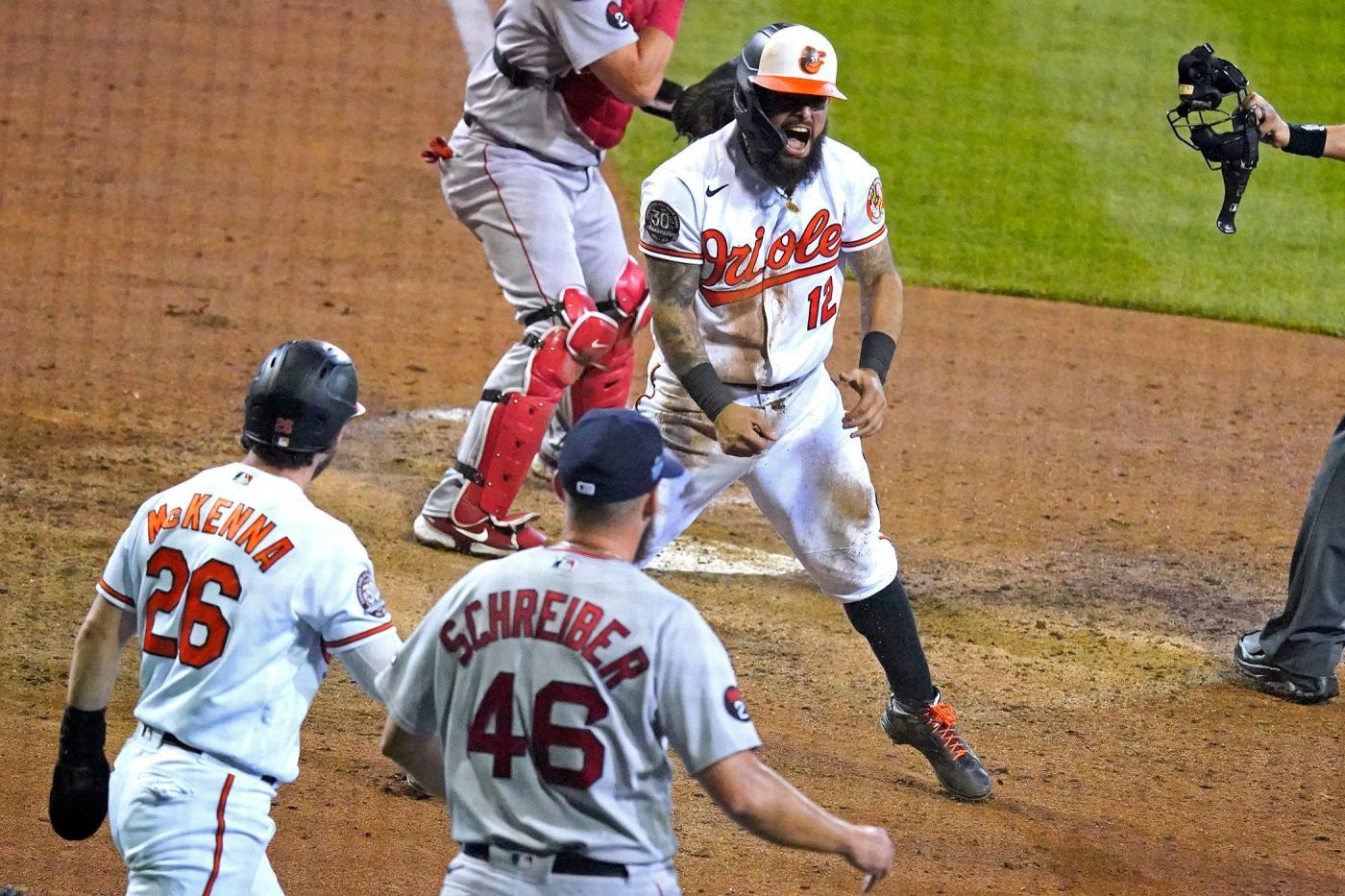 In case Rougned Odor needed any assistance, a Little Leaguer sitting behind home plate at Bowman Field on Sunday stood up and waved his arms, up and down, while shouting. Odor’s Orioles teammates were doing the same, signaling for the Baltimore second baseman to slide.

The head-first dive — as smooth of a slide as Odor displayed on the hill at the Little League World Series complex earlier in the day — slipped in before a tag, and the Orioles pointed to shortstop Jorge Mateo on second, who cleared the bases with his eighth-inning double.

Baltimore had faltered in the top half of the frame, giving up a one-run lead they’d held throughout. But as the Orioles have done for much of the season, they battled back immediately, leading to a 5-3 win in the Little League Classic.

Out of the bullpen, right-hander Félix Bautista still entered to Omar’s whistle. He allowed a leadoff homer to Xander Bogaerts but nothing else, preserving a key series win in a playoff push.

By the time the evening rolled around, the day turned somewhat normal. There was just baseball to play — all the hoopla of the autographs and hill sliding at the Little League World Series complex had passed.

Even baseball, however, was somewhat different. The Orioles (63-58) crammed inside the tight clubhouse of Bowman Field, an experience more akin to their minor league days. The players lined up on the field pregame in opening day style, and the crowd to watch them was composed mainly of Little League squads full of kids dreaming of joining the big league ranks one day.

Those kids watched two teams striving to stay in the wild-card race. With Baltimore’s win, it moved to within two games of the final postseason spot. And they did it while playing on ESPN’s “Sunday Night Baseball” for the first time since 2018 — showing in the process that this Orioles team isn’t the one of old.

Pulling out these sorts of games is evidence enough. Behind a strong pitching display — from their starter and the bullpen — the Orioles hung around until they broke the game open late. Right-hander Dean Kremer followed up one of his best outings this season with another standout display Sunday, allowing one run over 5 1/3 innings.

Kremer threw his five-pitch arsenal almost evenly, but he received an assist throughout the night from catcher Adley Rutschman with his ability to frame pitches on the edge of the zone as strikes. To close the fifth, Rutschman framed a sinker below the zone well enough to strike out Bobby Dalbec; the next batter, Kevin Plawecki, was called out on a four-seam fastball near the outside edge.

Right-hander Dillon Tate had cruised through the first five batters he faced after entering in relief of Kremer. He got out of a jam in the sixth, whizzed through the seventh and took the mound again in the eighth — preparing for his third up-and-down as a reliever.

But Red Sox manager Alex Cora countered, bringing pinch hitter Franchy Cordero to the plate to lead off the eighth. And instead of altering his own plans, Orioles manager Brandon Hyde stuck with a righty-lefty matchup at the plate, leaving left-hander Cionel Pérez warm in the bullpen.

Hindsight tends to be this way, but the decision came back to haunt Hyde. Cordero powered an opposite-field home run off Tate, and Hyde hopped out of the bullpen to insert Pérez a batter later than he might’ve been in the game.

Pérez retired the next three batters, preserving a level score and setting the stage for Mateo’s clutch at-bat in the eighth.

For much of the Orioles’ season, late offense has been a calling card. But against Red Sox right-hander Nick Pivetta, the breakthrough came early before the bats quickly quieted.

That was it until the eighth, when Mateo’s bases-clearing gave Baltimore the lead again. Pivetta forced 17 whiffs, per Statcast, and retired nine of the next 10 batters he faced. He finished with nine strikeouts.