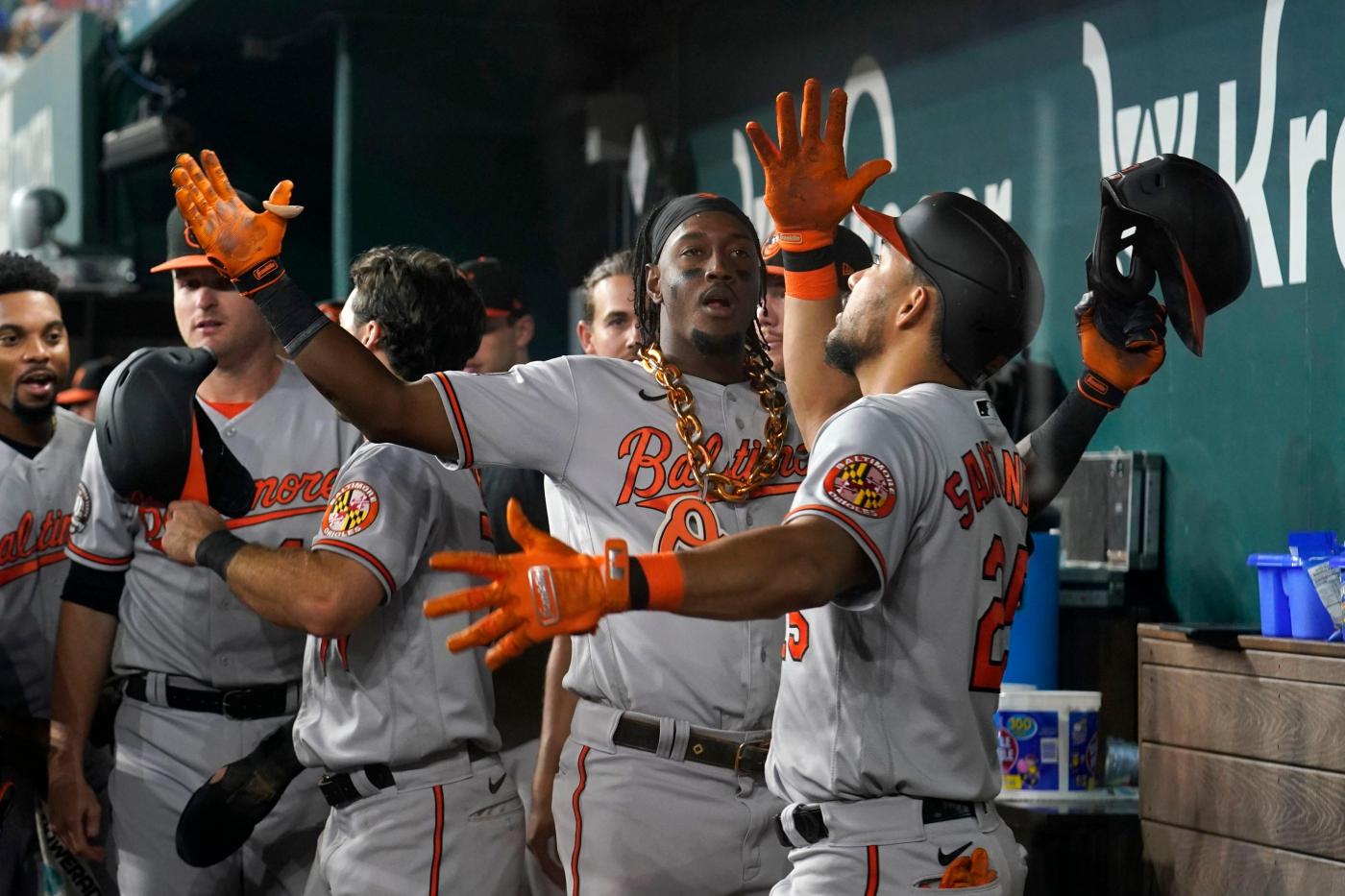 As Jordan Lyles packed for the Orioles’ series in Cincinnati and Texas, he stuffed his suitcase with more clothing than he typically would for a six-game road trip. That, he said Monday, was the only consideration he had given to the possibility he might be traded during it.

Those clothes will go unneeded, and the Orioles were the beneficiaries Tuesday night against the Texas Rangers. Retained through the evening’s Major League Baseball trade deadline after Baltimore dealt first baseman Trey Mancini and closer Jorge López for a combined six minor league pitchers, Lyles pitched into the seventh inning in Baltimore’s 8-2 victory in which shortstop Jorge Mateo hit a pair of home runs and drove in five.

Signed to the largest free-agent contract Baltimore given out in the past four offseasons after spending the past two years with Texas, Lyles was a candidate to be traded because he is in the final guaranteed year of that deal, with Baltimore holding a $11 million option with a $1 million buyout for 2023. Whatever decision the front office makes this offseason, it already elected to hold onto Lyles, 31, through the rest of this campaign, allowing him to continue to serve as a veteran presence and innings eater for their inexperienced pitching staff.

Lyles’ 124 2/3 innings ranked sixth in the AL at the end of his outing. He took the mound in the seventh having already thrown 94 pitches, but he faced three more batters in the frame, with Dillon Tate helping to strand a pair of his runners. This season, Lyles has recorded 18 outs beyond the sixth inning, double the combined total of all other Orioles starters.

Baltimore backed him with a five-run third, with a three-run shot from Mateo dealing most of the damage. Rookie catcher Adley Rutschman continued his surge with an RBI double, eventually scoring on Ryan Mountcastle’s sacrifice fly. An insurance run came in the top of the fifth on consecutive doubles from Rutschman and Anthony Santander, another trade candidate who Baltimore did not move.

Rutschman’s pair of doubles gave him 22 since his May 21 debut, a count matched only by All-Stars José Ramírez, Freddie Freeman and Austin Riley in that span. Since June 10, the phenom has led all catchers in doubles, on-base percentage, OPS, walk rate, line drive percentage and FanGraphs’ version of WAR.

A day after Rutschman reached base four times for the first time in his career, Terrin Vavra did the same, with his third walk preceding Mateo’s second home run.

Yusniel Diaz was at a Dallas-Fort Worth mall Monday doing some clothes shopping when he got a call from Orioles interpreter Brandon Quinones, letting him know he should head to Globe Life Field. The Orioles were trading Mancini to the Houston Astros and planned to use the newly opened roster spot to promote Diaz for the first time.

The 25-year-old outfielder ranked as Baltimore’s top prospect after serving as the centerpiece of the Manny Machado trade with the Los Angeles Dodgers four summers ago but has missed a great deal of time with lower-body injuries. As Mancini made his Houston debut as a pinch-hitter Tuesday night, Diaz did the same in Baltimore. Mancini grounded out, while Diaz struck out.

It’s possible Diaz comes off the roster whenever Baltimore adds trade acquisition Brett Phillips to the active roster, but he hopes to show them he can make an impact in whatever time he has.

“It will be the biggest experience I’ve ever had,” Diaz said through Quinones, “the chance to showcase what I’m able to do.”