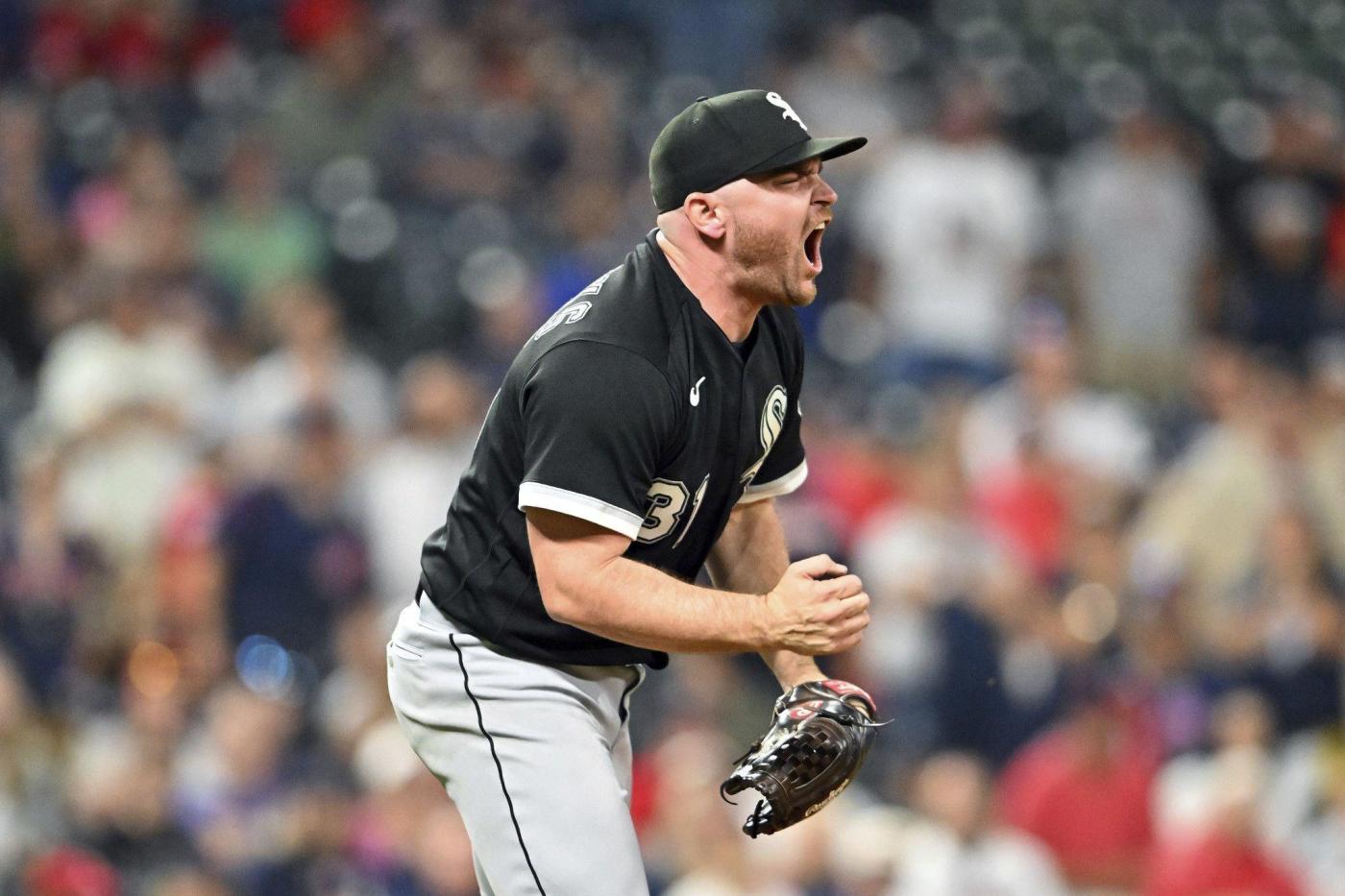 Johnny Cueto was bored as he waited out a nearly three-hour rain delay.

“Trying to stay warm but tried to keep active,” the Chicago White Sox starter said through an interpreter. “I was very bored.”

Once the Sox and Cleveland Guardians got the OK to play, Cueto was on his game.

The right-hander continued his remarkable season, allowing five hits in 8⅔ innings to pitch the Sox to a 2-0 victory in front of 26,179 on Saturday at Progressive Field, pulling the Sox within 2 ½ games of the first-place Guardians in the American League Central.

“My key was trying to be aggressive in the zone,” Cueto said. “First-pitch strike. And that’s how I attacked them.”

The Sox needed a big-time performance as they chase the Guardians in the division. And Cueto came through with an outstanding 113-pitch outing.

“He does it every start, doesn’t he?” Sox manager Tony La Russa said. “He’s an artist. Really. It’s worth paying just to watch him. The way he maneuvers the ball, what he shows. Same hitter, different things. Different counts.

“Part of it is the stuff he has, but he’s so damn smart. He remembers. It was clutch for us.”

But the Sox lost catcher Yasmani Grandal, who exited in the seventh with left knee discomfort. He’s being evaluated, the Sox said. Grandal suffered the injury trying to score from second base.

“The way (head trainer) James (Kruk) described it, to be determined,” La Russa said when asked of the severity. “Just wait and see.”

Cueto, who struck out two and walked one, was sharp from the outset.

He allowed a single to the leadoff batter Steven Kwan and didn’t give up another hit until the fifth, when Oscar Gonzalez singled with one out.

Luke Maile reached with two outs on a fielding error by second baseman Josh Harrison, giving the Guardians runners on first and second. Cueto got Myles Straw to ground out to shortstop Elvis Andrus to end the threat.

The Sox broke through in the sixth against Guardians starter Shane Bieber. Luis Robert, making his first start since leaving an Aug. 12 game with a sprained left wrist, led off with a single. With on out, José Abreu doubled to center, scoring Robert from first.

Abreu made it to third on a wild pitch, but Bieber struck out Yoán Moncada and got Gavin Sheets to ground out to second.

AJ Pollock made a tremendous running catch for the final out of the bottom of the sixth, and Cueto greeted him near the dugout to show appreciation.

Grandal began the seventh with a single and advanced to second on a wild pitch. Andrus singled to center and Grandal was thrown out at the plate. He tried to maneuver to avoid the tag and grabbed his left knee after falling to the ground. He had to be helped off the field.

Andrus advanced to second on the throw and stole third. Harrison flied to shallow right. Andrus originally held at third but headed home and scored when the throw to the plate skipped away from the catcher Maile.

“Played against him a lot over the years, and he’s really a complete player,” La Russa said of Andrus, who signed with the Sox on Friday. “He takes pride in his baserunning. He steals bases. He runs the bases well. Takes good at-bats. He’s had a hell of a career. Lucky to get him. Nice going, front office.”

Cueto made the lead stand.

La Russa said “communicating and being honest” were among the keys when deciding to send Cueto back out for the ninth inning.

“I felt good,” Cueto said. “And I told him that I was feeling good and I was ready to throw in the ninth.”

Noted La Russa: “The only guy he wasn’t going to face was Gonzalez, because, walk and two line drives you can tell he was seeing him well. Just trust him. He looked the same at the end as he did in the beginning.”

Cueto allowed a one-out single in the ninth to Josh Naylor. He exited after getting Andrés Giménez to pop out to Moncada for the second out. Liam Hendriks struck out Gonzalez for his 28th save as the Sox evened the important three-game series.

“I know that every time that I pitch now it’s kind of a playoff game,” Cueto said. “We are in the race, and I know I have to do my best to help the team. It’s that mentality that I have.”