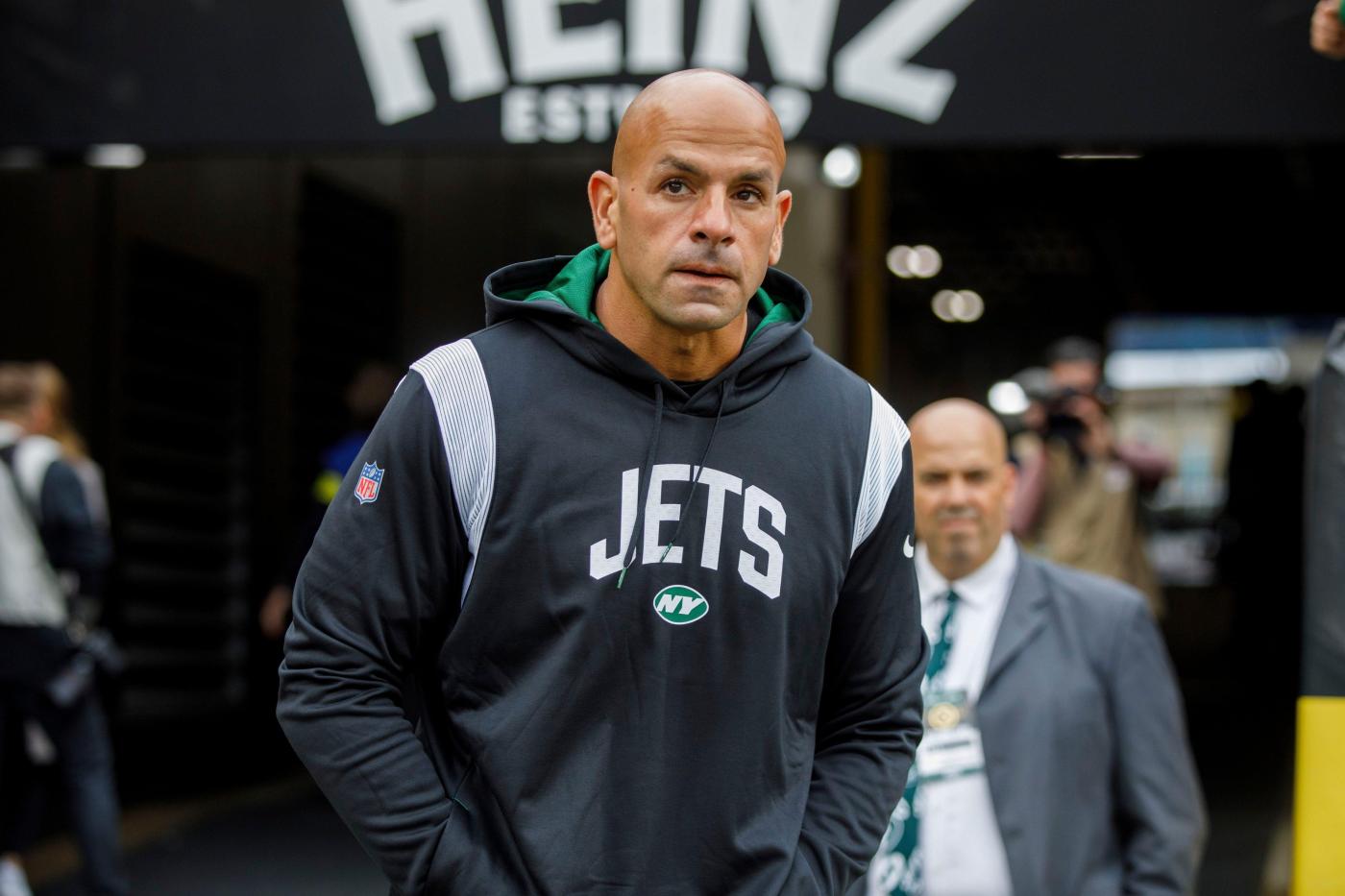 Both of the Jets’ two victories this season have come away from MetLife Stadium.

Gang Green is looking to change that Sunday against the Miami Dolphins.

The Jets lost their first two home games against the Ravens and Bengals, and the outcomes weren’t even close. At home this season, the Green and White have been outscored 51-21.

“We are going to keep plugging away and take one play at a time and focus on the moment. One thing I will say about this group, they play their absolute tails off and for 60 minutes, they give it everything they got.

“It’s exciting to bring that to our stadium and to give our fans something to cheer about. We definitely want to win at home.”

Sunday could provide an excellent opportunity for Gang Green to change its recent misfortunes.

The Jets will face a Dolphins team that is dealing with several injuries. Not only will Teddy Bridgewater start for the injured Tua Tagovailoa (head/neck), but cornerback Xavien Howard has been dealing with a groin injury. Also, tackle Terron Armstead (toe) did not practice.

Cornerback Byron Jones, who has been sidelined since having ankle surgery in March, was eligible to return from the PUP this week, but he isn’t ready, according to coach Mike McDaniel.

Despite the injuries, the Dolphins have been one of the more surprising stories of the season as they’re tied at the top of the AFC East in McDaniel’s first season. Miami won its first three games against the Patriots, Ravens and Bills before losing on Thursday Night Football against the Bengals.

“They have electric guys,” Jets defensive tackle Quinnen Williams said. “Fast guys in the back end, receiver wise, running back wise and a great offensive line.

“Unfortunately, Tua is not going to be playing, but they still have a great quarterback in Teddy Bridgewater. A great guy that’s been around football a long time, who knows the ends and outs of football and the experience to win football games.”

Heading into their game against the Dolphins Sunday, the Jets could potentially get two players back from injury.

Tackle Duane Brown and defensive lineman Vinny Curry returned to practice on Wednesday. Brown (shoulder) and Curry (hamstring) were both placed on injured reserve before the start of the regular season.

“I came here to do a job and not being able to be out there with the guys, it’s tough,” Brown said. “I hate being sidelined.

“Just trying to use my leadership as much as possible. Just being there mentally, being engaged spiritually with the guys. But it’s good to be back.”

Now that both players are practicing, they have a 21-day window before they need to be activated onto the roster before they revert back to injured reserve and have to stay there for the remainder of the season.

The Jets have had a lot of moving parts on their offensive line during the last four weeks. After signing with the Jets in August, Brown worked his way into shape as he played in the final preseason game against the Giants. But a week later, he suffered a shoulder injury during practice, which forced the Jets to put George Fant at left tackle and rookie Max Mitchell at right tackle.

Now Fant is on injured reserve due to a knee injury as the Jets moved Alijah Vera-Tucker from right guard to left tackle. Mitchell also injured his knee in the 24-20 game against the Steelers, and it is unlikely he will play this weekend.

Saleh has a plan for the Jets’ offensive line, but he wasn’t ready to reveal what that was ahead of the game against the Dolphins.

“We’ll see,” Saleh said. “We will get a lot of information today and tomorrow.

“I’m going to hold out until Sunday. I’m going to say optimistically, but I’m going to go with the doctor’s approach on this one and take it day-to-day.”

Linebacker Quincy Williams (ankle) is also doubtful to play against the Dolphins. Quarterback Zach Wilson (ankle), running back Breece Hall (knee) and linebacker Marcell Harris (neck) were limited during Wednesday’s practice as they’re dealing with what Saleh called “nicks and bruises.” However, Wilson wasn’t seen during the media portal of practice, but Saleh said he would be fine despite an ankle issue.

“It is just little nicks and bruises for those guys,” Saleh said. “It’s the NFL season, but there’s nothing to worry about.”