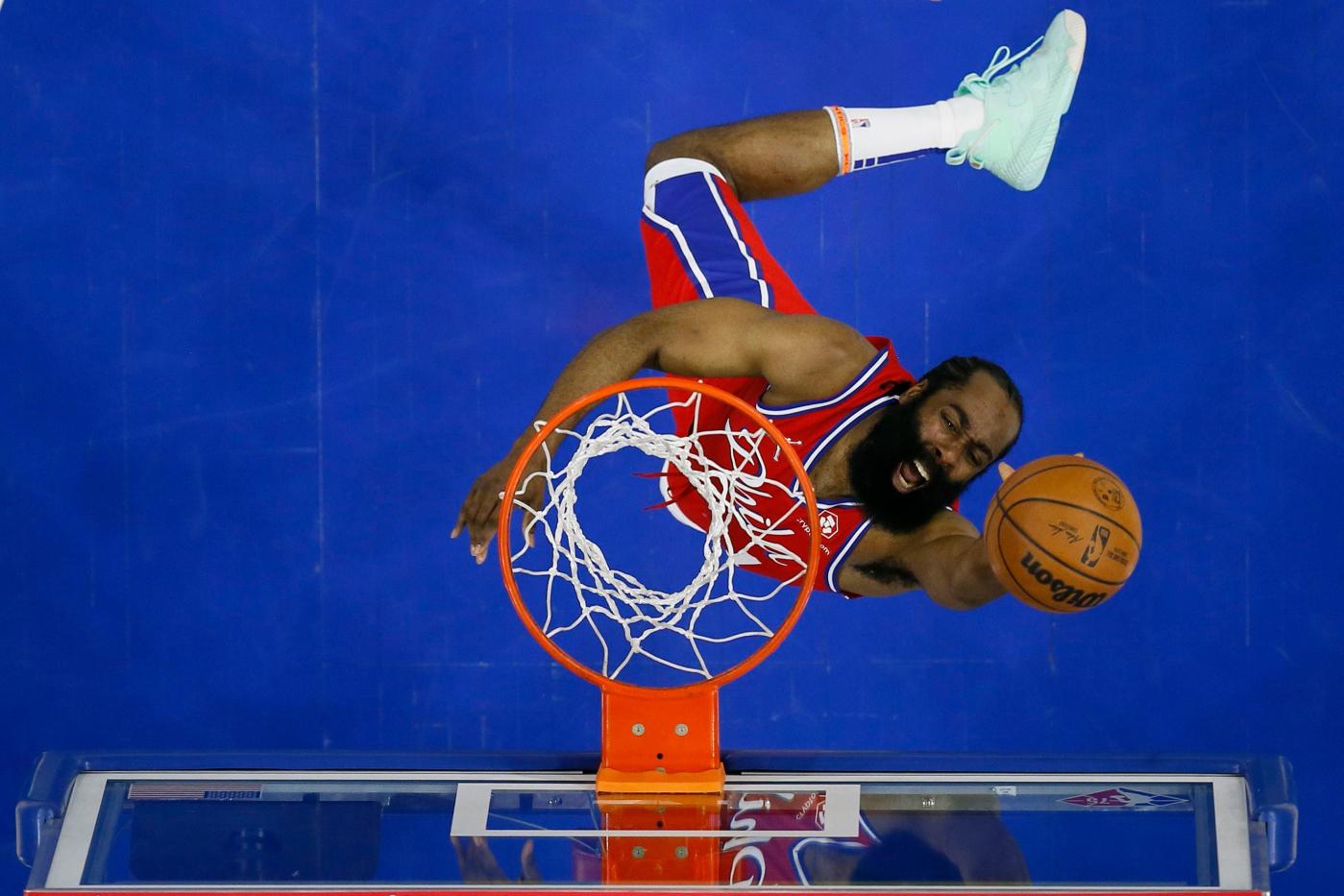 Ex-Nets star-turned Philadelphia 76er James Harden is trying to spin his contract situation into a positive, claiming selflessness by taking a $15M pay cut on his salary in a one-plus-one deal that allows him to re-enter free agency next season.

Harden was initially supposed to opt-into the final year of his contract worth closer to $50M, but without an agent, he missed the deadline to file the paperwork last season. Instead, Harden said he spoke with 76ers’ team president Daryl Morey about the team’s cap situation.

“I had conversations with Daryl, and it was explained how we could get better and what the market value was for certain players. I told Daryl to improve the roster, sign who we needed to sign and give me whatever is left over,” Harden told Yahoo Sports. “This is how bad I want to win. I want to compete for a championship. That’s all that matters to me at this stage. I’m willing to take less to put us in position to accomplish that.”

“Willing to take less” is an interesting way to phrase it for a player who is several steps slower, several percentage points less efficient, several ticks less aggressive, and equally if not even more careless with the ball than he was as a perennial MVP candidate with the Houston Rockets.

At this point, Harden failing to opt in was a blessing in disguise for the 76ers. There is no way this version of Harden was going to command a five-year, $255M maximum contract extension the way he performed last season.

Just like there was no way the Nets were going to give Kyrie Irving a similar deal with his erratic pattern of availability.

It’s not an apples-to-apples comparison in the slightest: After all, Irving is worth every penny–when he’s on the floor. The issue with him, unfortunately, is 103 games played over his first three seasons in Brooklyn, a poor streak of attendance riddled by his decisions both not to get vaccinated against COVID-19 and not to show up for work for two weeks after the Jan. 6, 2021 insurrection in Washington, D.C.

The truth is that neither Irving nor Harden have lived up to the expectations, or the price tag, associated with their superstar status, and now both are in awkward territory with contracts to negotiate once again next season.

Another one bites the dust.

Former Nets player development consultant and ex-NBA sharpshooter Kyle Korver has left Brooklyn for a front office role with the Atlanta Hawks. Korver was most visible in his role once Ben Simmons joined the Nets in the James Harden deal. The two almost exclusively worked together on form shooting every instance the media was granted access to the Nets practice floor.

Korver joins a long list of Nets staffers who are no longer part of the organization. Another team consultant, Steve Clifford, left Brooklyn to re-assume his role as Charlotte Hornets head coach: a position ex-Nets head coach Kenny Atkinson accepted, then declined to return to the Golden State Warriors’ bench. Nets assistants Adam Harrington, Eli Carter and Amar’e Stoudemire are also no longer part of the organization. Lead assistant David Vanterpool is also no longer with the franchise, and vaunted player development coach Jordan Ott has left to take a job with the Los Angeles Lakers.

The Nets hired Igor Kokoskov as an assistant coach on Steve Nash’s staff, promoted Adam Capcorn from the G-League affiliate Long Island Nets, and promoted Trevor Hendry, who served as a video coordinator in Brooklyn for the past four seasons. They join Jacque Vaughn, Brian Keefe, Tiago Splitter, Royal Ivey and Ryan Forehan-Kelly on Nash’s staff.