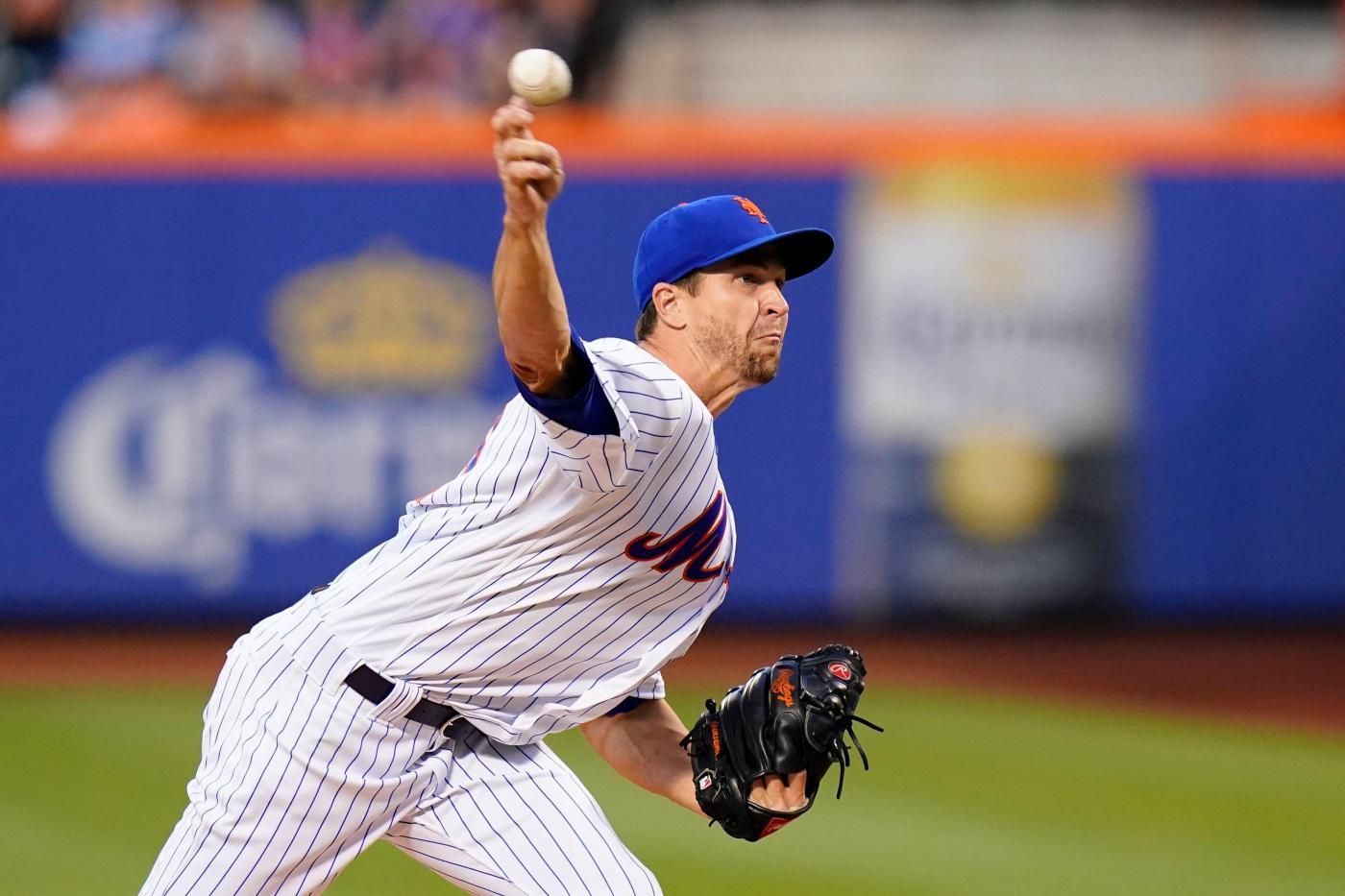 There may not be anything the Mets need more over the final month or so of the regular season, and presumably, the postseason, than a healthy and sharp Jacob deGrom. That’s one of the reasons the Mets moved deGrom’s start this week back two days, from Tuesday against the Yankees to Thursday against the Rockies.

DeGrom missed more than half this season while rehabbing a shoulder injury and if there’s ever a chance to give him an extra couple of days of rest, the Mets will take it.

DeGrom responded well, striking out nine, allowing three hits and just one run in the Mets’ 3-1 win over Colorado at Citi Field. The Mets won their 80th game of the season and are now up two full games on the second-place Braves, who were off.

DeGrom threw just 87 pitches before he was taken out, raising some concerns about his health. But Buck Showalter said it was just a matter of him deciding his pitcher was done.

“Sometimes guys on a little extra rest are not quite as crisp but he was the difference in the game for us,” Showalter said, adding that he could have sent deGrom out for a few more pitches but felt like he was done.

“It’s not a pure pitch count. It’s an eye test,” Showalter said. “If it passes the eye test, he continues to pitch.”

DeGrom said he had no issues. He was also asked if he needed to increase his pitch-count as the Mets near the postseason, when his performance will be crucial in their effort to make the World Series.

“After I went to 95 in Atlanta I felt completely fine,” he said of his previous outing. “I think we’re checking off all the boxes and it’s leaning in that direction.”

Adam Ottavino picked up his first save of the season with a perfect ninth after Edwin Diaz pitched the eighth.

The Mets (80-46) returned home after going 4-6 on a 10-game road trip that included a two-game sweep by the Yankees in the Bronx. But they have the easiest schedule in baseball over the final month or so and need to take advantage of opponents like the Rockies (54-72), who are in last place in the NL West.

DeGrom was perfect for 4 ⅓ innings until Jose Iglesias legged out an infield single up the middle. Francisco Lindor made a diving grab but by the time he got up, spun around and threw to first, it was too late.

Randal Grichuk followed with a double into the left-field corner, putting runners on second and third with one out, but deGrom got out of the inning with a strikeout and a flyball.

The Mets had gotten on the board in the bottom of the third on an RBI fielder’s choice by Lindor. Then with a runner on second and first base open with two outs, the Rockies opted to pitch to Alonso instead of walking him. On a 3-0 pitch, Alonso hit a 409-foot blast to left field that hit off the facing of the second deck.

DeGrom got into some trouble in the sixth when with one out, Ryan McMahon crushed a solo home run to right center-field before Brendan Rodgers walked. But deGrom worked out of it by fanning Charlie Blackmon with a 99-mph fastball down the middle and then getting C.J. Cron on a weak 6-4 groundout.

Up 3-1 going into the seventh, Showalter opted to lift deGrom for Seth Lugo, who walked two batters to put the tying runs on base before allowing an infield single to load them up.

But Lugo got a huge strikeout of McMahon on a 3-2 fastball up and away to end the Rockies’ biggest threat of the night.

Showalter then went to Diaz in the eighth, when the Rockies sent up their second, third and fourth hitters. Diaz got the first two outs but walked Cron and allowed a single to Iglesias to put the tying runs on again.

After blowing two fastballs by Grichuk, Diaz threw two straight sliders. One was fouled off and the other swung through for the final out, as the Rockies left their seventh and eighth runners on base over the course of four straight innings.