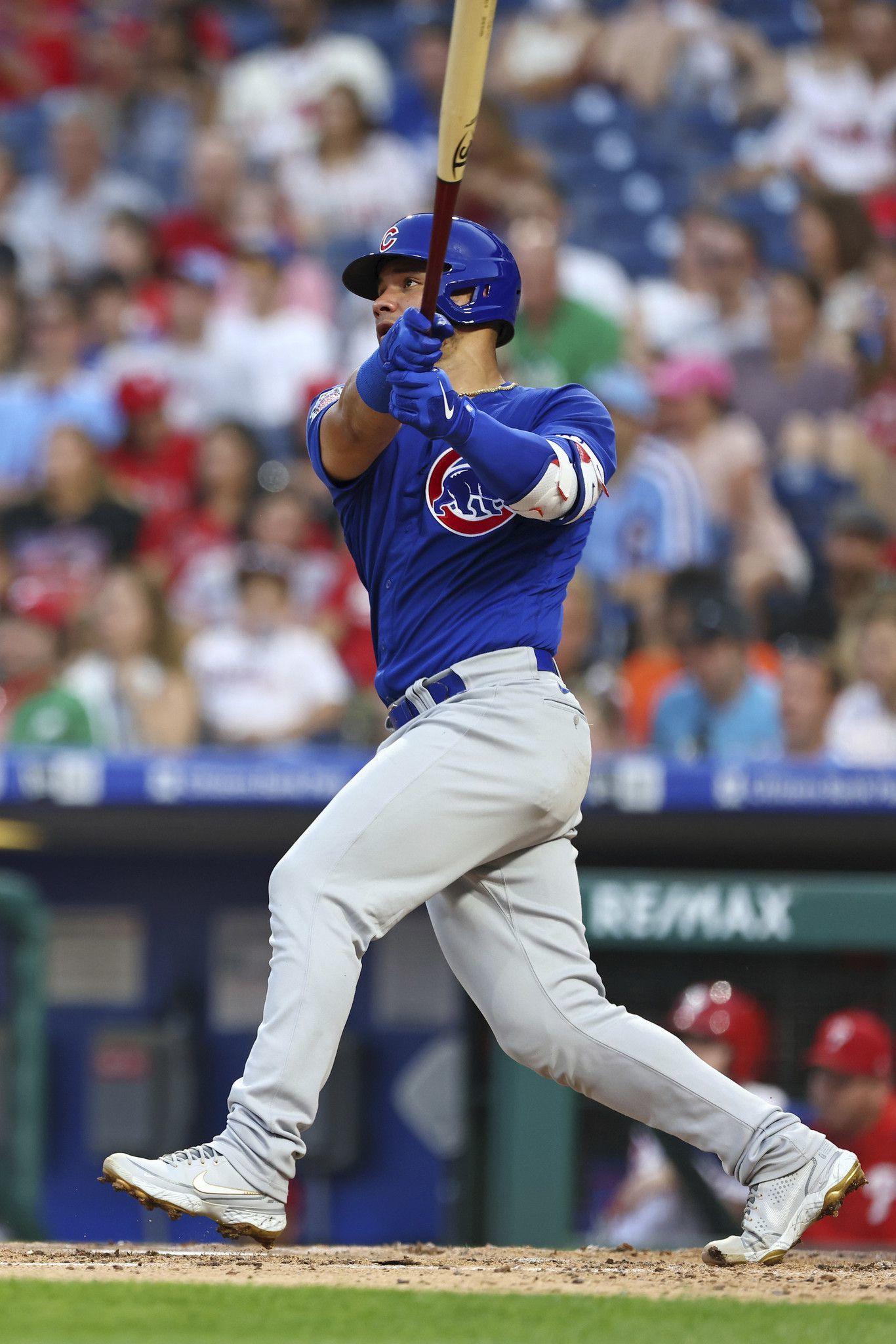 Barring a last-minute contract extension, the Chicago Cubs are expected to trade Contreras, an impending free agent, before the Aug. 2 deadline. It sets up the Cubs catcher to hit free agency in about three months.

As Realmuto went into his final arbitration year in 2020 with the Phillies, he made clear he wanted to move the free-agent market forward with whatever deal he signed on the open market. In January 2021, Realmuto signed a five-year, $115.5 million contract two months before his 30th birthday.

Realmuto’s $23.1 million annual-average value set a new high for catchers. He also became the third catcher to sign a nine-figure deal, joining Joe Mauer and Buster Posey, and the third to earn an AAV above $21 million (Mauer and Yadier Molina).

“You always want to try your best to help out the next generation of guys coming through, and I was able to move the bar a little bit,” Realmuto told the Tribune on Friday of his free-agent deal. “Hopefully Willson continues to have a great season and he can improve on that bar for the guys coming behind him. Just something we take pride in to continue to look out for the next generation.”

All of these contract markers lay the groundwork for what Contreras, who turns 31 in May, could seek in free agency this offseason.

Since Contreras debuted on June 17, 2016, he is second among catchers in slugging percentage (.458), third in home runs (109), fourth in RBIs (345) and plate appearances (2,711) and sixth in on-base percentage (.351). His 114 OPS+ trails only Will Smith, Yasmani Grandal and Posey. Contreras also ranks third in the National League and sixth in MLB in innings caught during that span. Realmuto and Molina hold the top-two spots.

Contreras’ solo home run in the fourth inning Friday, his 14th of the season, tied the game against the Phillies in the first game after the All-Star break.

“He’s taken another step this year,” Realmuto said. “Offensively he’s been as consistent as you can be as a catcher, so he’s been a lot of fun to watch. I’m interested to see how he finishes the year out and see where he goes next year.”

Realmuto believes the perception of offensive catchers has changed thanks to the addition of the designated hitter in the National League. The DH spot provides catchers more opportunities to maintain fresh legs while keeping their bat in the lineup. Of Contreras’ 77 starts, 29 have come as the DH.

“That’s a way catchers could get compensated more than we have in the past,” Realmuto said. “He’s going to stay fresh longer than most guys would be able to just because he didn’t grow up catching from the time he was 6 years old. There’s a little less wear and tear on his knees and legs.”

Realmuto’s free-agent situation last year will likely differ in one notable aspect. The Phillies did not trade him before he tested free agency, eventually re-signing him three months after the 2020 season. In the shortened season, the Phillies were in the playoff hunt and ultimately finished one game out of making the postseason.

Looking back, Realmuto sounded unsure whether getting traded would have affected his chances or desire to return to Philadelphia.

“As a player, if my team wasn’t winning and they said, ‘Hey, we want to trade you to a team that’s competing so you can go try to have a chance to win this year, but we want to sign you back in the offseason,’ I would actually respect that,” Realmuto said. “I would appreciate the fact that they want to give me a chance to get to the postseason and would still like me enough to want to bring me back the next year.”

In Contreras’ case, a looming trade likely spells the end of his Cubs career. An offseason reunion once Contreras gauges his free-agent market seems improbable. If the Cubs spend on a big-money contract, other big names will be available to address roster needs, most notably pitchers and shortstops.

Realmuto has one piece of advice for Contreras when he officially becomes a free agent: Stay patient.

“You feel like when you get there you’re like, ‘All right, we’re here, free agency starts today. It’s going to be fast and wild,’ and it’s not always the case,” Realmuto said. “It doesn’t happen as fast as you would hope it would. But once things start moving, it gets fast. It’s everything you would expect it to be. It just happens a little later than then most guys expect.”